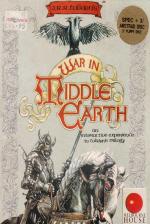 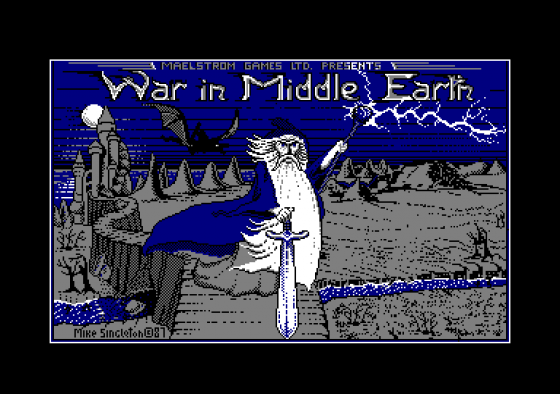 War In Middle Earth is yet another in a long line of games - such as The Hobbit, Lord Of The Rings and Shadows Of Mordor - based on the works of JRR Tolkien, and indeed attempts nothing less than to capture the essence and plot of his classic Lord Of The Rings trilogy. The computer plays Sauron, all-round bad guy and maker of the One Ring, into which he poured the majority of his power. Unfortunately for him, he lost it in a war with a guy called Isildur.

Understanding War In Middle Earth is easy enough. You start out with a campaign map of Middle Earth: which fits onto a screen. By moving a pointer to a part of the map, you can zoom in on the forces there. From here you can give orders to individual units, telling them to move to a destination, merge with another unit, or follow a unit. This system is very simple to understand, because you alter everything with directional movements and a fire button.

The problem is that individuals are treated for movement in exactly the same way as armies: that is, they spread out while moving. So that, when a band of screaming orcs descends upon one of the Fellowship, chances are that they're on their own. 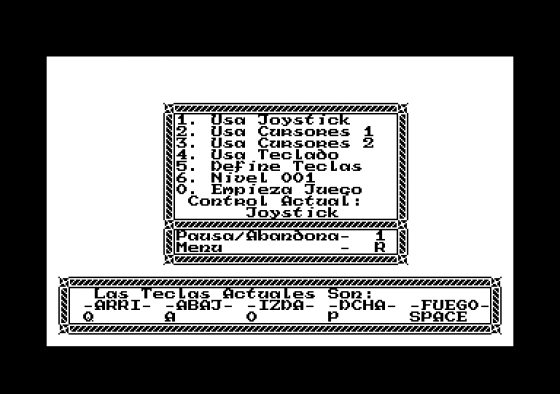 There is a way around this: just hop from location to location. It cuts down the difficulties involved in movement, but it's very time consuming. I really can't see why nine people should have to be spread over hundreds of square miles. Once contact is joined with the enemy a battle screen comes up. On here is a representation of the battle, and a cursor. By moving the cursor onto one of your troops and pressing fire, you can give him (him, note: there no females, not even Queen Galadriel) a target enemy to go and fight. Apart from defending themselves, your troops have no other way of fighting the enemy that is, they're too stupid to work it out for themselves. The battle scenes can't be skipped either. You have to endure watching the same graphics making the same moves, over and over again.

I'm not impressed. There are one or two bugs in the game, which sometimes keep the battle screen up even when you've dealt with the enemy. Sometimes your troops multiply: Boromir once had a string of clones behind him, all moving in perfect time.

Compared to the excellent 16-bit versions on the ST and Amiga (both of which I've seen!), the CPC effort is mediocre. That's not to say you can't get some fun out of the game, only that it's not really worth the effort. 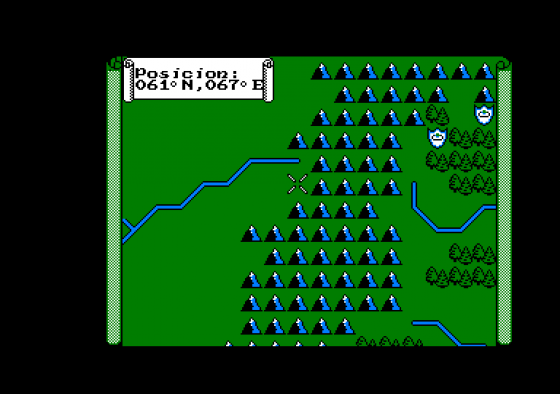 You'd have to have a pretty strong Hobbit habit to need feeding with War In Middle Earth. Pretty packaging - shame about the game!

A foggy day in Middle Earth.

Sonics 66%
P. A tune beeps keeps the action going.
P. And the spot effects are fine too.

Staying Power 58%
P. Fifteen levels of difficulty.
N. Not even level 1 is easy.

Overall 57%
Could have been brilliant.

Mediocre... You'd have to have a pretty strong Hobbit habit to need feeding with War In Middle Earth. Pretty packaging, though. 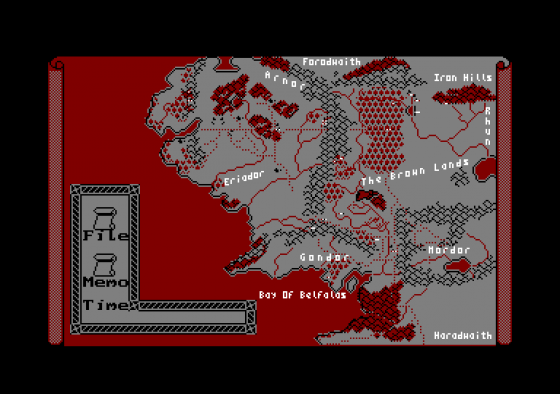