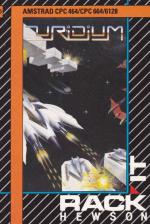 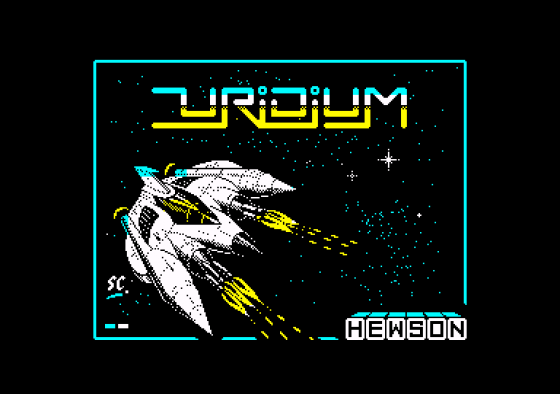 The solar system, you'll no doubt be surprised to find, is under attack yet again. Some little aliens have placed huge dreadnoughts around the fifteen planets in your corner of the galaxy. Mineral resources are being drained from the core of the planets, and this is considered naughty by the populations of the worlds. Some heroic person must get up there and stop them and you're the one to do it.

You climb into the seat of your Manta class space fighter and head for the first of the dreadnoughts. Each dreadnought is one screen high and several wide. As you fly across the surface of the huge ship it scrolls horizontally beneath you. Aliens sweep in from both sides of the screen to destroy anyone corning too near.

To knock out a dreadnought you have first to destroy the aliens flying across its surface and blast any ground targets that you come across. Take care with the meteor shields and communications aerials, though, because your ship explodes on impact. When everything has been blasted. a 'land now' message appears and you just touch down to gain loads of points and go to the next dreadnought. 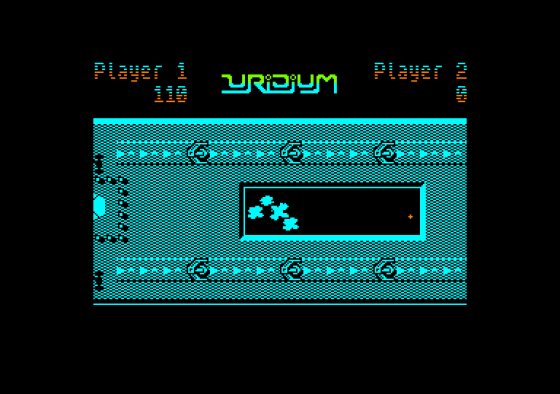 There's not much colour: everything's in two colours, but they do change from level to level. The graphics are detailed and the horizontal scrolling fast. A wonderful tune plays on the title screen and the sound effects are pretty good too.

The plot may not be very sophisticated - you fly around and blast away at things - but there is a certain element of satisfaction when you destroy a dreadnought. Great value for money.

I found the homers made this a very difficult game, but fortunately Uridium has that elusive quality that makes you come back to it again and again. 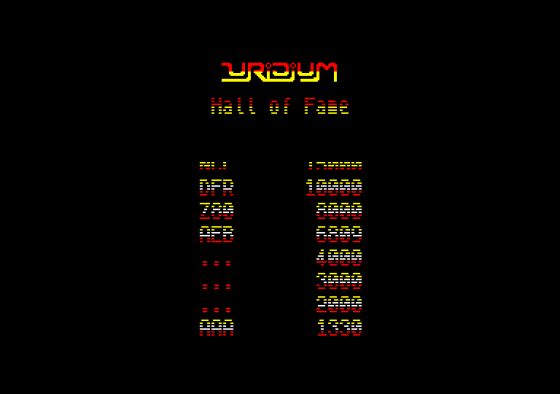 Grab Factor 58%
P. Plenty to blast and a little to think about.
N. Frustrating having to completely restart a level when your ship is destroyed. 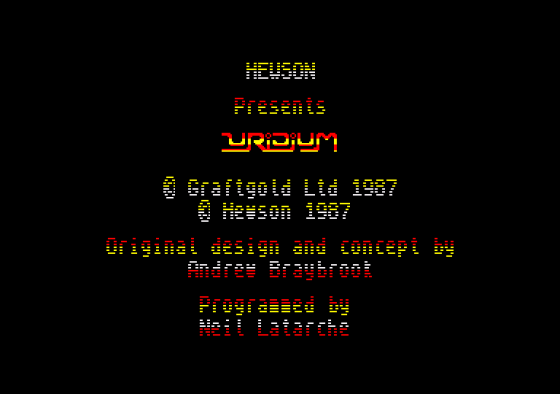 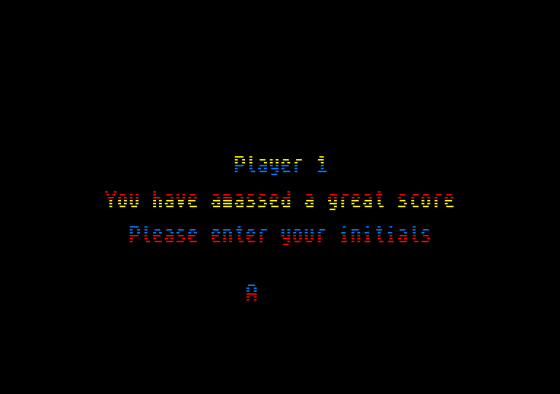 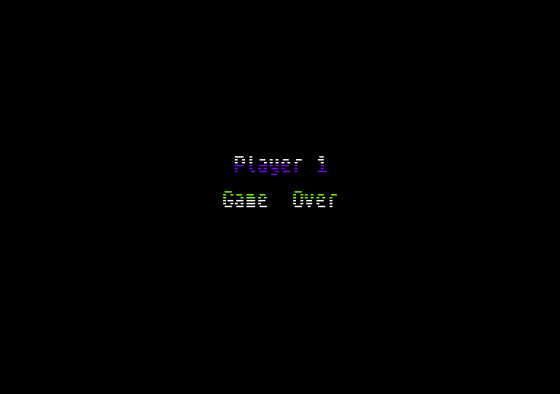 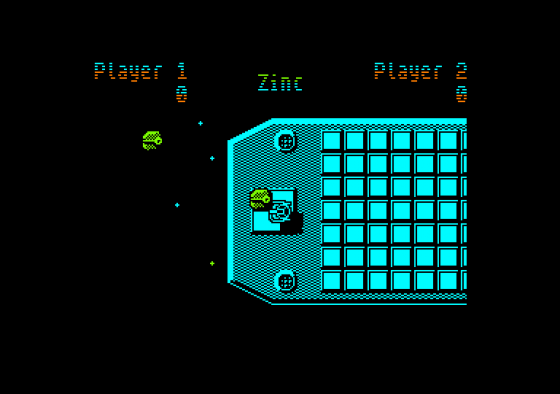 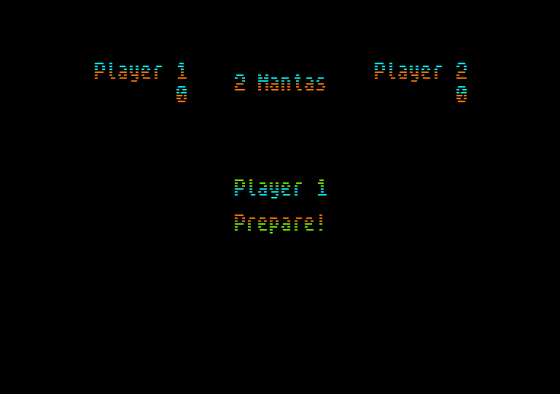