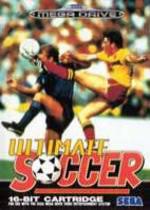 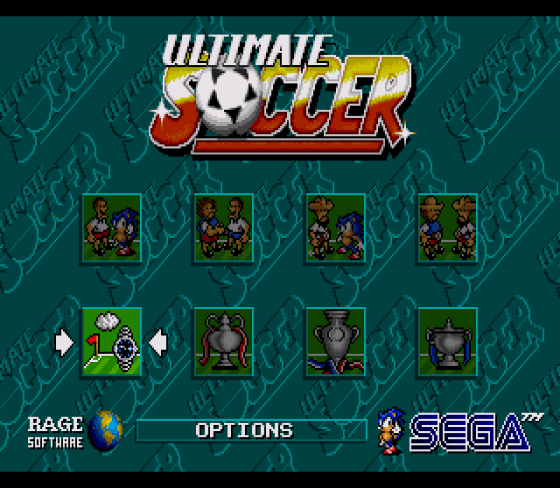 It may be a game of two halves, but the rules are dead simple: score more goals than the opposition.

While Graham Taylor is about ready to strap ten tons of dynamite to his body and stroll into The Sun offices, it is worth remembering that, despite the dismal state of the British game, football is still the most undeniably groovy sport around.

The Megadrive is now getting used to a healthy number of soccer sims, and here we go again with Ultimate Soccer, looking to go one up on its predecessors. It comes with all the topions and flexibility that are part and parcel of any sim these days. There are more countries than probably exist from which to choose, knockout tournament, a league for the dedicated enthusiast and a penalty shoot-out for that intense adrenalin rush! As you would expect of such as a sports sim this has a two-player option, but this can stretch to an eight player thanks to the all-new Sega Tap. 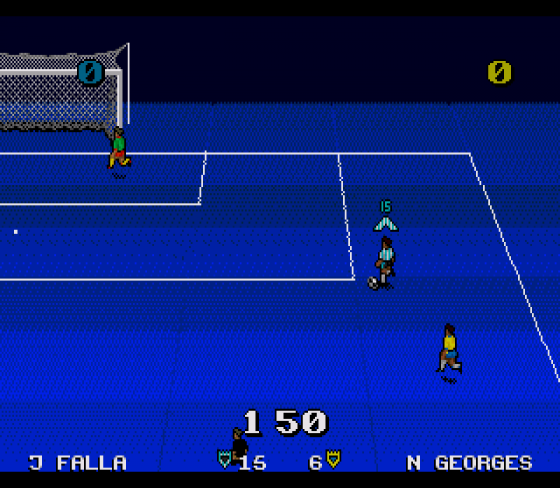 For the ultimate soccer success, developing those dribbling, passing and shooting skills is a must. For the all-round flash Harry, expressions of virtuosity can be seen with the occasional bicycle kick and diving header. But at the end of the day, it's the score that matters and not the fancy footwork, which means that British teams manage to lose out in all departments! Don't worry though, some programmer out there is sure to have a 'Frustrated Footy Hooligan' sim in the pipeline!

Another option available in Ultimate Soccer is either six- or eleven-a-side. Six-a-side doesn't mean there's more space on the pitch for players to run around, it is in fact an indoor competition.

Anyone who's played indoor soccer knows that there aren't any throw-ins as such because players can actually make use of the walls to get cunning rebounds. It is also good for developing faster passing reactions because the smaller pitch means finding space becomes a priority. 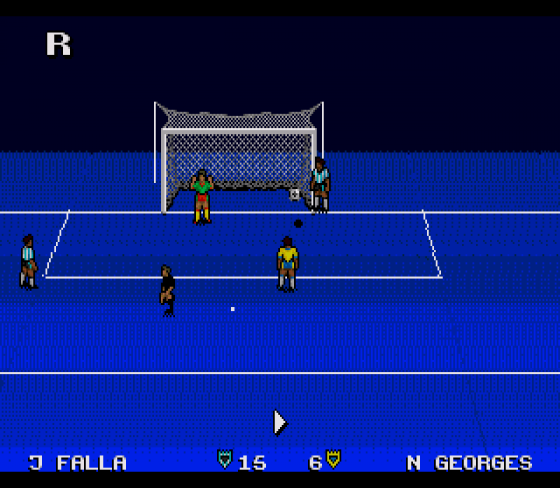 One of the greatest tests of any sports sim is the ability to include options to the point of absurdity: 'Half-time oranges' option, 'Bearded players' option, - you get the message. Ultimate Soccer is no let down in this department.

Options range from the choice of tournament, league or friendly, speed settings, weather settings, back pass rule or, nay, extra time, penalty shoot out and so on. Unfortunately, a lot of them on Ultimate Soccer appear to be pretty useless. 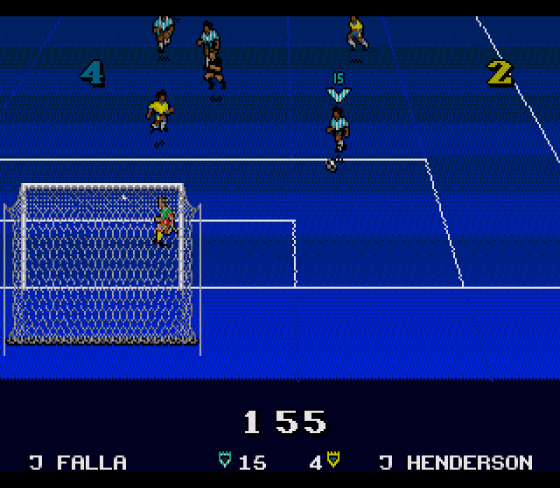 In these multi-player games, you're able to choose which footballer you want to be - unlike the one- or two-player modes.

Ultimate Soccer takes the pig skin for the sheer variety of choice of international sides, be it Angola or Argentina, the USA or the UEA. Each team has a rating based on speed, strength and agility with the top sides like Germany, Brazil, Italy and England (ahem!) coming out on top.

As a player improves, this naturally means they start to choose from the naff teams to indulge in a spot of giant killing. The difference in standards between the best and the worst teams is not as marked as it could be, but if England can get beaten 2-0 by the USA, it's probably just as well! 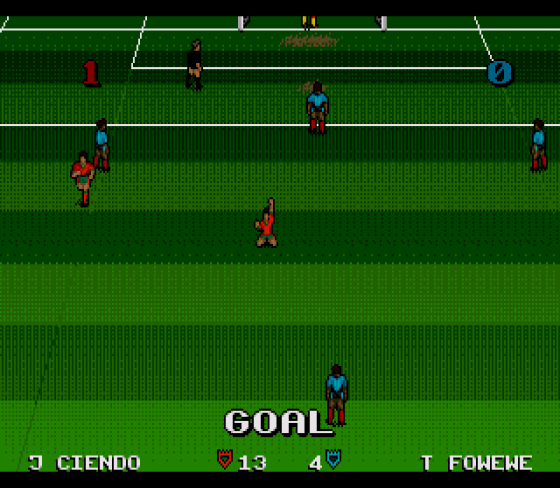 One option that remains unavailable in this game is the chance to argue your way out of a yellow or red card. The referees are particularly sensitive to any malicious behaviour and don't think twice about sending a player off.

The strange thing is that there are plenty of players falling over each other off the ball who escape such severe judgement. It's also odd how the ref manages to discern a nasty foul from a fluffy one because they all look more or less the same.

At least it means there are plenty of opportunities for heated ref abuse and pointless bickering in multi-player mode. 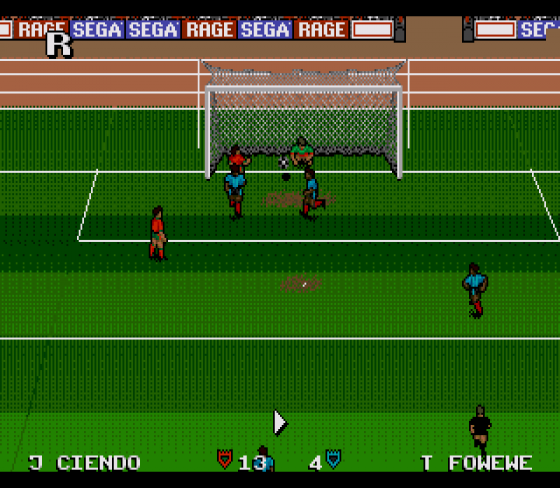 There are so many soccer games now for the Megadrive that punters are spoiled for choice. Ultimate Soccer is a game that promises a great deal but, ultimately, fails to deliver. There are loads of teams (even though their skill differences aren't really clear enough).

There are loads of brilliant options including a change in speed, several league modes and different pitch angles. However, I found the controls very confusing and the lack of a player select extremely annoying.

It's awful as well the way the pitch seems to roll in waves as players move across it like ship-wrecked mariners! Ultimate Soccer's chance of salvation comes in the multi-player mode - it's a real riot with two Sega Taps and eight players! 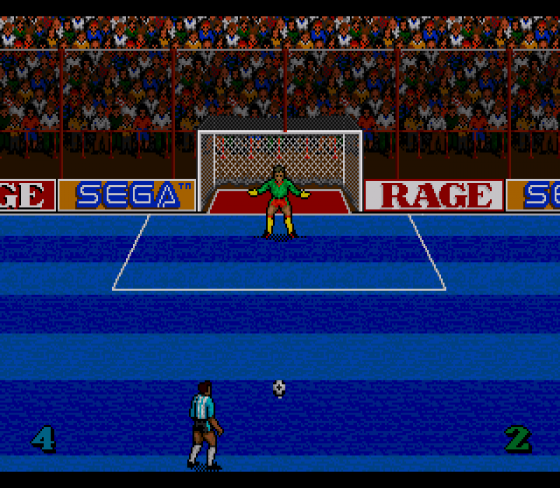 So what's it to be then, eh? Super Kick Off, J-League Soccer or Ultimate Soccer? If you're a lonely soul, it's Super Kick Off for sure. If it's four-player action you're after, check out the more intelligent and challenging J-League.

'Wobbly' was the word that struck me several times when I was playing this. It's a fast and fun football game with an unfeasible amount of options and features, but lets itself down with very average graphics (the pitch scrolling is very ropey and the sprites lack detail), sound and gameplay. 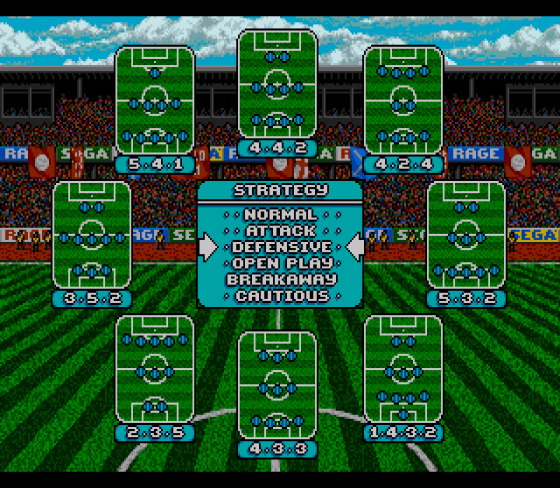 There simply isn't much scope to improve your play once you get proficient at the game: Super Kick Off and J-League Soccer, on the other hand, seem to improve the longer you play them.

Megadrive beginners will probably like this: experts who like to play alone should check out Super Kick Off and more gregarious players should go for J-League.

Presentation 92%
P. As Michael Caine might say, "Options. Thousands of 'em!" N. But many options don't prove very useful at all.

Graphics 73%
P. Good 3D angles and fluid panning. N. Character animation is poor. There's stubby and roughly outlined sprites and a pitch you could drown in!

Sound 70%
P. Some good tunes liven up the game. N. Almost no sound effects and crowd roars that sound like rabid trannies!

Playability 76%
P. Familiarity with the controls allows for some skill and there's a wide variety of moves. N. Slow response and confusing control method. You can only select which player you want to use in multi-player games.

Lastability 84%
P. This is a game that definitely improves once you're used to it. Multi-player mode means lasting fun but... N. There are many annoying factors, most notably the 'wobbly' screen.

Overall 79%
A fast and fun soccer offering, marred by wobbly graphics. It's good in multi-player mode, but J-League Soccer is a lot more intelligent and playable than this offering.

A fast and fun soccer offering, marred by wobbly graphics. It's good in multi-player mode, but J-League Soccer is a lot more intelligent and playable than this offering. 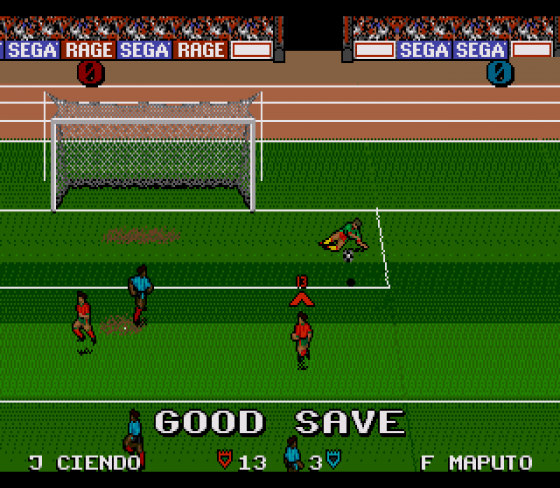 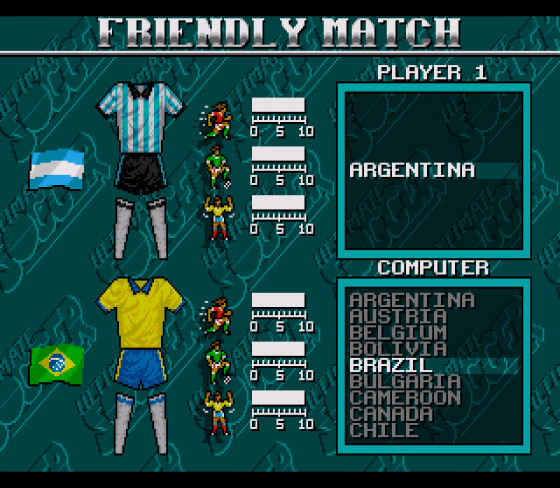