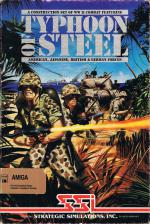 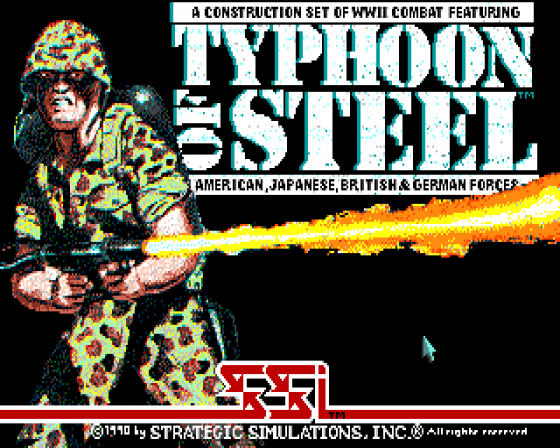 While Typhoon Of Steel is a standalone game, its mechanics and operations are such that it is the Pacific mirror of Panzer Strike that many Amiga wargame enthusiasts have requested. You may command the Americans, Japanese, British and Germans in areas of conflict including the Pacific, Europe and Asia.

Typhoon has many good points such as a DIY scenario utility. The features are easily accessed, including the map maker and unit designations - although you are restricted to unit mix and terrain type. The command emphasis is another good point as you can play with limited or full communications. The former emphasises the reality of WWII combat operations and the limitations of chain of command but the latter is available if the 'fog of war' proves frustrating.

Also, in the campaign game, you can take a battalion-sized, or smaller, force through WWII. Updating weapons efficiencies and morale will show effects as early losses can escalate into brittle units suffering from combat fatigue. 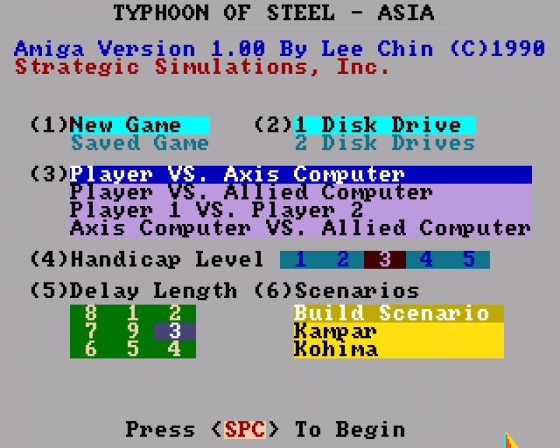 Unit and weapon detail is excellent, right down to squad level. I was, howeer, a little surprised at some of SSI's weapon ratings. A 16-inch gun with a 'zero' penetration rating?!? Come on, guys. Even a heavily armoured vehicle is going to be more than scratched if one of those 16 inchers lands on top of it!

On the negative side, the game takes a long time to play and there's no mini-scenarios for a quick bash. In addition, the game interface is cluttered and old-fashioned, demanding plenty of patience and persistence. Also, although a number of terrain types are available, you are not given any picorial representation of each type. This is especially confusing as certain terrain types are the same. For example, Pacific wheat (level 1 or 3) is the same as stone buildings (level 1 or 3). Also, you may find that, in combat, some units freeze when found by the enemy in the open. I never saw any units dash for cover - a logical response, surely?

Even though there are a number of valid criticisms that can be levelled at Typhoon, the game contains a lot of worthwhile detail and has plenty of ambition with its long-lasting campaign scenario.

Even though there are a number of valid criticisms that can be levelled at Typhoon, the game contains a lot of worthwhile detail and has plenty of ambition with its long-lasting campaign scenario. 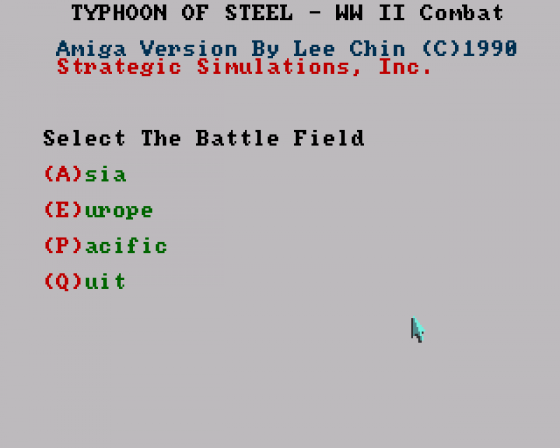 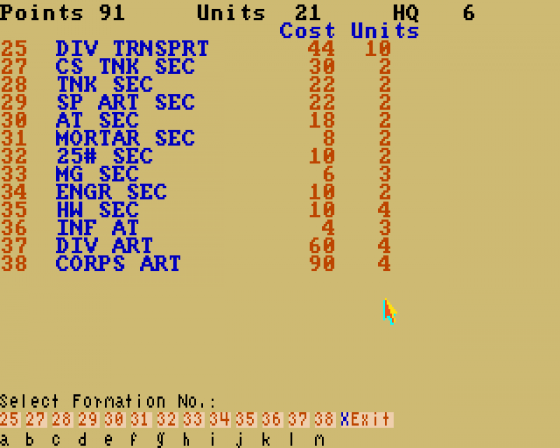 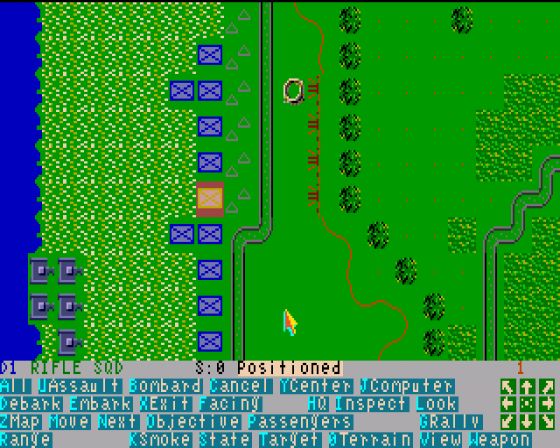 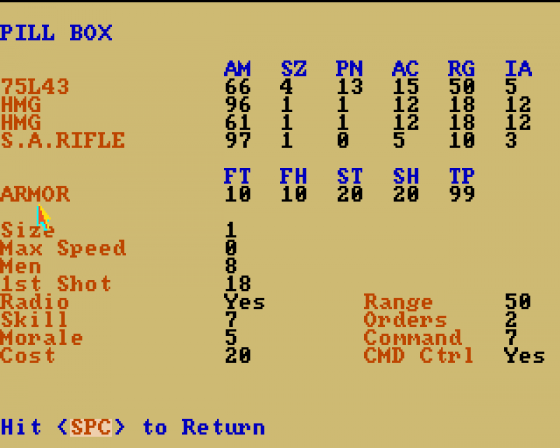