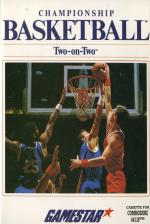 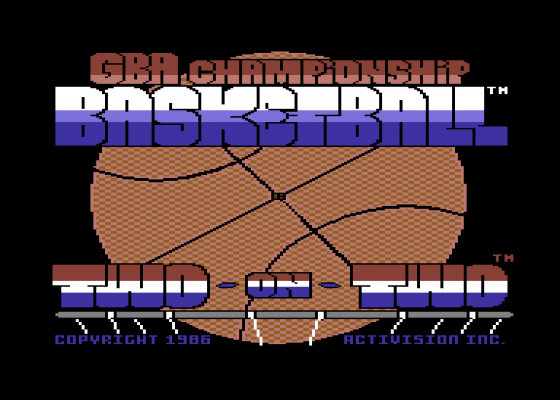 Two On Two is the third basketball simulation to appear on the 64. Up to two players can play with or against each other, or one player can play against a computer team. Each team has two members, one computer controlled and the other directly under the control of the player. If one player is playing then the opposing team is completely computer controlled.

Before a game can begin the players must go through a series of options. The first option gives you the choice between having a game or practising shooting and dribbling. Then, the number of players is decided and whether the game is a league or exhibition match. With that sorted out the program asks you to input the names of the teams and 'manager' (the player) and which league they come from (North, South, East or West).

Once the teams are chosen, six elements of play, such as jumping and dribbling, are shown and the player is asked to donate points to each element (from a pool of twenty four). It's up to the player to sort out which is best, only practice will tell. Your team-mate can be chosen from a list of ten; each player on the list has a different characteristic, so it's a case of working out which player is most suited to your playing style. 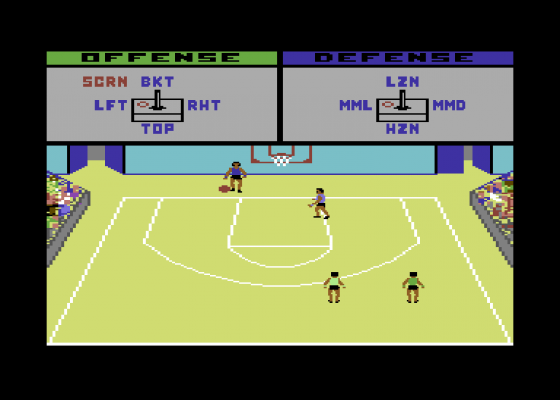 The game is played over four six-minute quarters on two 3D flick screens, each with a view of one team's basket. When one screen is in operation the other remains inaccessible to any team member until the attack fails or a basket is scored. When this happens, all the players are put under computer control and run to the opposite end of the pitch.

Your player runs around bouncing the ball directly under control of the joystick. When you want him to shoot for goal keep your finger on the fire button and then let go when he has jumped into the air. Passing is achieved by pressing the fire button twice very rapidly. Getting the computer player to behave just how you want him to is another kettle of fish.

After an attack, whether it has been successful or not, you have the opportunity to select which pattern of play the computer player will follow. If you are attacking perhaps you would like him to run straight for the basket, or you might want him to hang back so you can make a break for yourself. The same principle applies when you're defending and four different play patterns are made available to both computer players. 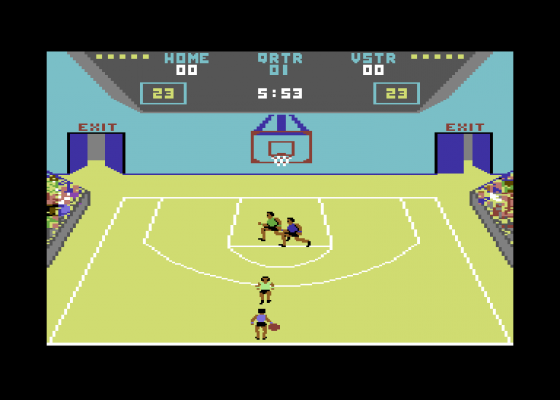 The game continues over the four quarters until the final whistle blows, whereupon the winning team is printed up on screen for all to see.

This is a very playable basketball game and being able to play with a friend on the same team is a superb idea which works well in practice - although it does lead to a few arguments when a mistake is made! However, there is one big problem with Two On Two Basketball and that is it wouldn't work at all on cassette, and I certainly wouldn't recommend it to disk drive owners as it isn't a very good example of a disk-only game. If Two On Two was a single-load cassette game costing less, then it would be worthy of attention. Why Activision are bothering to release such a weak disk-only game to a minority market I don't know. Admittedly, Alter Ego was only 'available' to a minority of buyers, but as it was such a strong disk-only product (which could not have been produced on cassette) it was - as far as I can see - worthwhile. Two On Two Basketball, however, is not.

This would have been a good game if it wasn't for some annoying aspects. Sometimes the computer player behaves irrationally, lobbing the ball back to you when you're in an awkward position, and then there's the annoyance of lots of disk accessing. The game itself is fun, but doesn't stand up well when compared next to something like International Basketball. Two On Two Basketball is good, but vastly overpriced for what it offers. 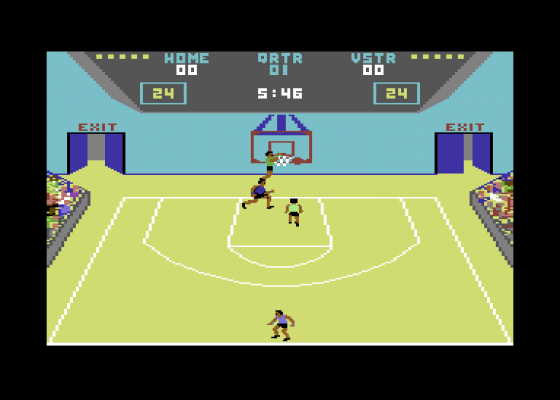 This is the sort of game I like to play after a hard day of zapping aliens and saving the universe in general. Nice relaxing sound effects, smooth graphics, soothing use of colour - in all it's rather jolly. It's a pity it is only on disk, because as it stands at the moment, what with the price 'n' all, there won't be such a great market for it.

Presentation 84%
Comprehensive instructions and lots of useful options, but the disk accessing is a real chore.

Graphics 76%
Nicely animated characters but the backgrounds are bland -- the addition of spectators would have helped.

Sound 56%
The jingles and sound effects are functional but not that impressive.

Hookability 79%
Easy to play, although it takes a fair bit of practice to get the computer player to follow instructions.

Lastability 63%
The computer plays a mean game and both two player modes offer a lot of potential.

Value For Money 58%
Poor, especially when you consider that International Basketball is roughly a third of the price and is much better.

Overall 73%
A good basketball game which has unfortunately been badly implemented.

A good basketball game which has unfortunately been badly implemented. 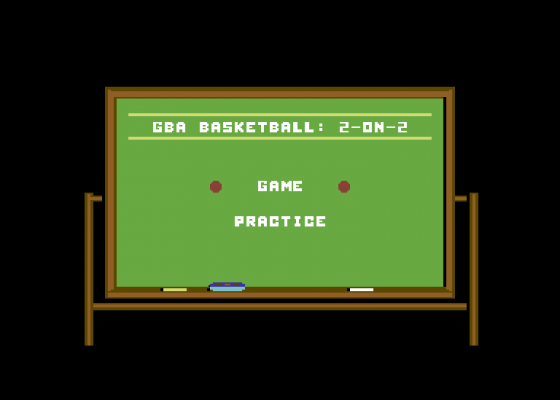 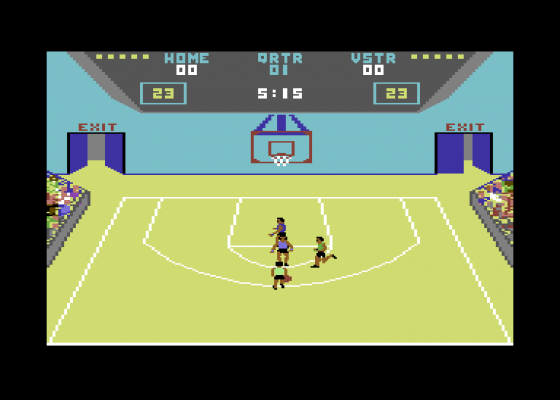 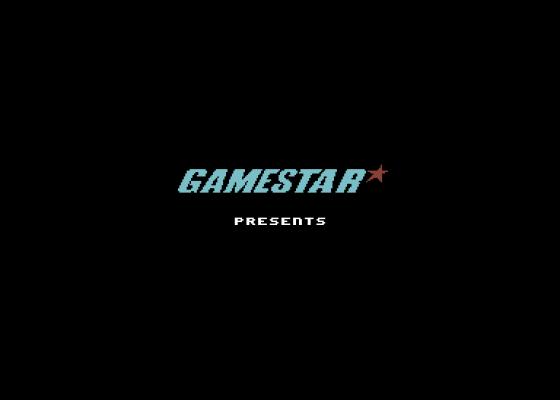 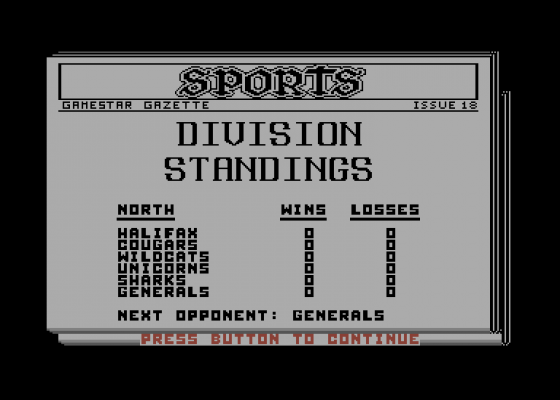 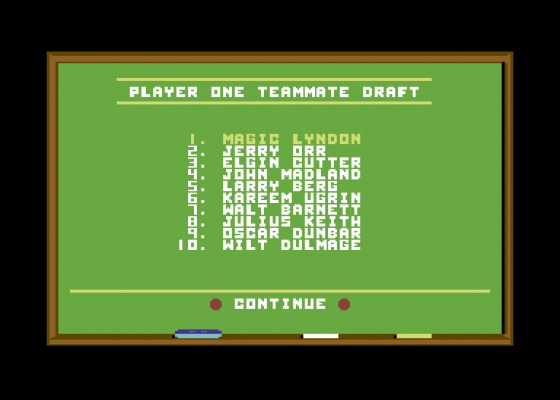 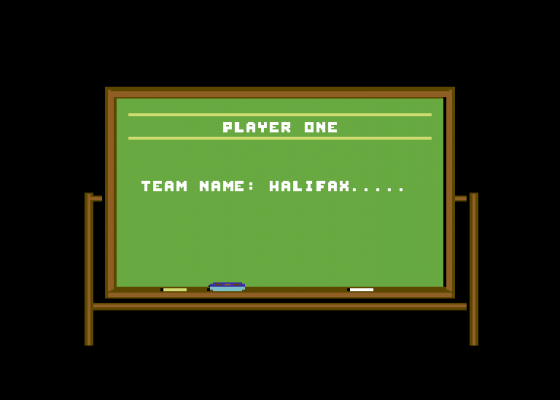