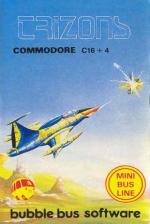 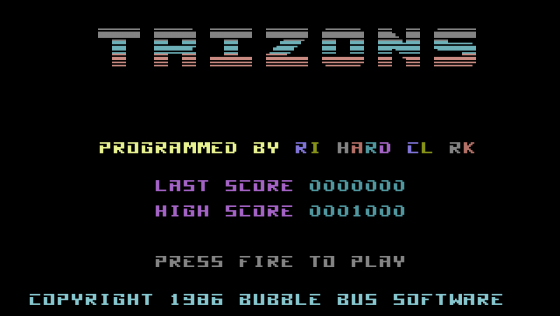 Trizons! What an original name. I wonder if the game's as original as the title. Only one way to find out... Load it.

On loading Trizons, I was presented with a nifty coloured word, which was "Trizons" [How amazing! - Ed]

The first thing that hit me was the scrolling, well wicked. It was just as smooth as any game on the C64, which is very rare on the C16. Then after my initial shock I settled down to playing the game. 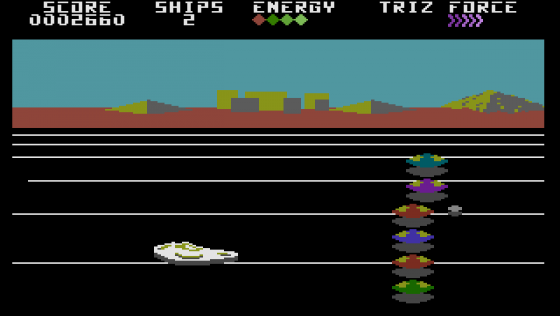 As this is a "Blast them to mega-galactic dust" type of game, I found it pulling me in very quickly. The action is fast and furious, and my joystick thumb well into its well-practised routine.

You control a space ship - oh yes, and you must stop the invading Trizon force from taking over or destroying the planet. To stop them, you must blast through 32 different levels, which unfortunately get harder each time.

The aliens attack in different waveforms too, so it's hard to know what's going to happen next. This is not space invaders style though, it's more like Jeff Minter's attack of the mutant camels, well the same sort of scrolling anyway.

To reach the next level, you must build up your Triz force, which is shown in the top right hand corner of the screen; by zapping the aliens. But - yes, there is always a but - if you let some Trizons slip past you, your Triz force will be depleted.

The graphics are the best I have seen on a C16 so far. The scrolling is really smooth - yes, I know I said that earlier, and the aliens even have shadows.

The sound is about average, but the gameplay is definitely above average for a C16 game.

So go buy Trizons, if you like blasting, it's a real knockout.

The best C16 game I've seen for a long while.

The best C16 game I've seen for a long while. 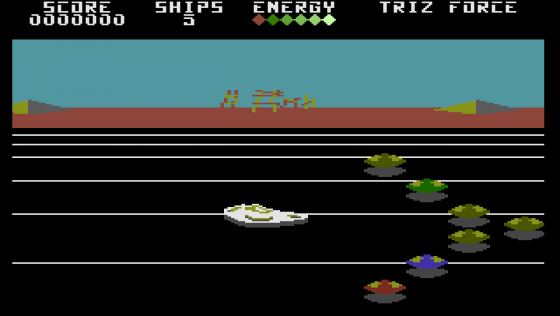 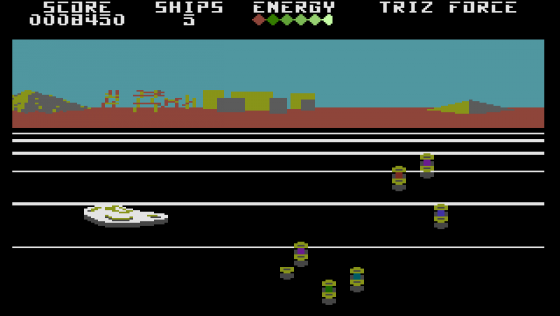