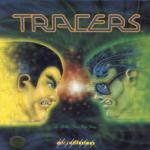 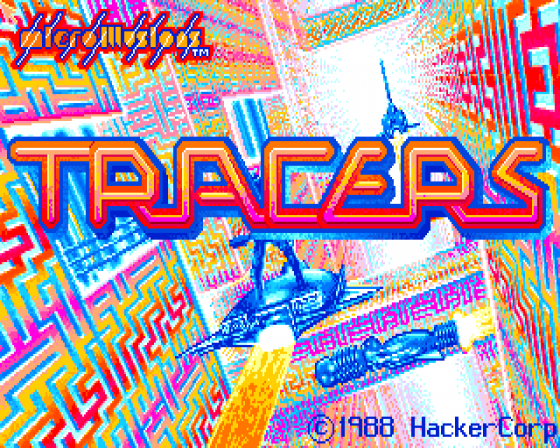 Tracers is Tron, the light-bike race centrepiece of the early '80s computer generated "sensation" put back where it always really belonged.

You'll remember the scene: Jeff Bridges in a glowing blue jumpsuit bending onto all fours and moulding into his bike, forced to race at breakneck speed through the tightest obstacles, the sharpest turns, always aware of the dangers of the solid wall left in his opponent's wake. It was a great chase and a beautifully simple idea for a game.

The first point in Tracers' favour is the manual. The nine-page introductory story is actually quite readable, if understandably vague about a future world where drafted police recruits actually serve a useful function chasing computerised thugs over a grid system. The enemy hits a side wall, a "restricted access node" or, more likely, your solid "tail" and his program crashes, momentarily revealing his physical whereabouts so ground crews can rush over and pick him up. Should the hacker force you, as a Tracer or protector of the computer system to similarly crash, you get a psychic feedback that could fry your brain. 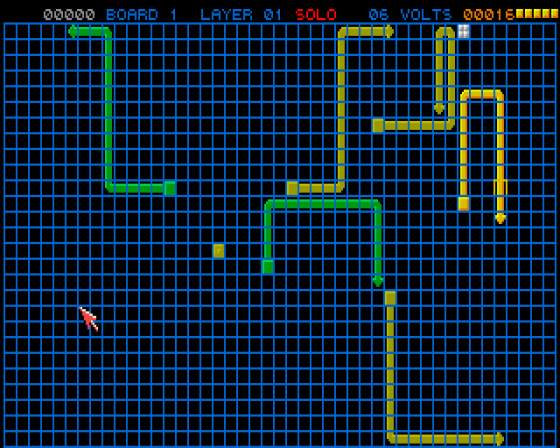 One of the nice things is the number of options available to you. Not only do you get the choice between various scenarios, out between different tunes to accompany them. The simplest option is a simple one-on-one chase between you and a data thief. Your starting location is indicated by a gold square on the grid; your opponent's by a smaller green one. Suddenly, you're away, each racing along, trying to block the other into a small space or force him into the wall.

Since your speeds are equal, it is strategy that makes the grade, the most important thing being to realise that it is lengthening your survival time that counts. The chances are that he'll make a mistake - some of these data thieves seem less smart than others and have a habit of driving straight into a wall - so be sure to always leave yourself a way out. There are no brakes! You have an accelerator that gives you a momentary speed advantage over the other man, though, and if used sparingly a few seconds use to get in front of him then cut him off can be all it takes to win.

The further you get into the game, the more streets and buildings appear to complicate your path, giving the opportunity to block him down a side alley, but equally making things a good deal more dangerous for yourself, you can trap yourself with your own wall too, though there is a wandering gate on your otherwise solid path, which can give you an exit if you hit it right. Extra points are gained by successfully crossing your own tail in this way, by picking up circular tokens (unfortunately often placed near walls) and collecting fuel nodes.

Alternatively, you can play a game where you mate plays another racer, usually against a few more villains so the screen soon becomes a tangled maze of trails: a set up as likely to have you crashing into each other as trap the bad buys.

Problems with the game are limited, but you may find them important. Despite the cleaness of the graphics you may find them a bit limited and boring; Amiga owners aren't too used to coping with this repetition.

The last little reservation I found the more annoying: the fact that the joystick control seems ever so slightly imprecise. I tried it with three different sticks, and couldn't rival the responses of the computer's own player. Maybe I've just got the reactions of a donkey.

Still, Tracers is an atmospheric, nicely produced and packaged game: one that pushes forward no boundaries - especially graphically - but which offers playability in spades. I'll come back to it once in a while, I think, and there are plenty around I can't say that about. It might even inspire a trip down the video shop, just to see if they've got Tron lurking on a back shelf somewhere.

An atmospheric, nicely produced and packaged game: one that pushes forward no boundaries - especially graphically - but which offers playability in spades. 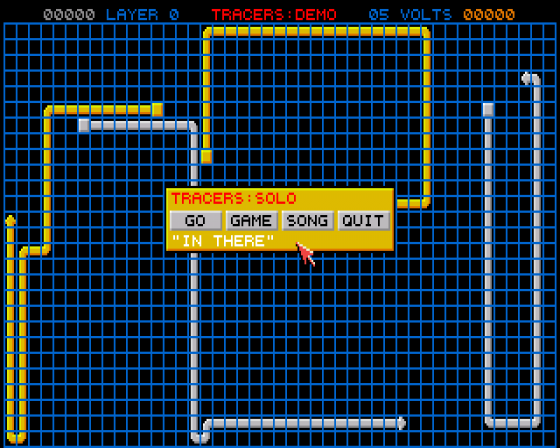 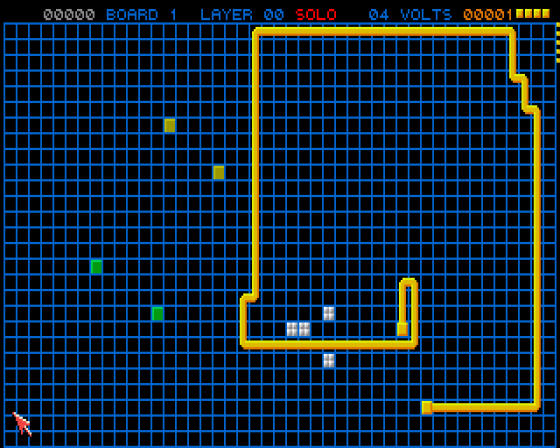 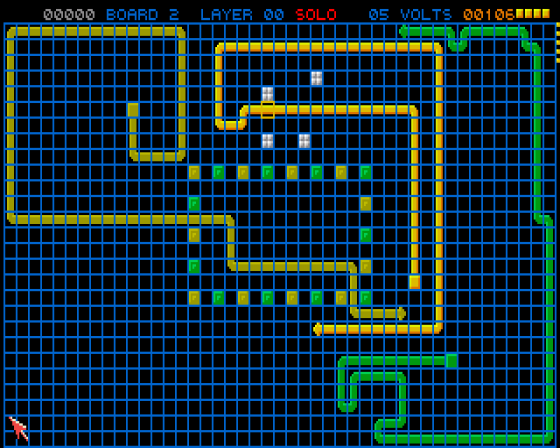