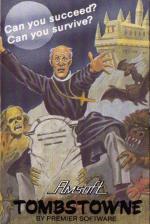 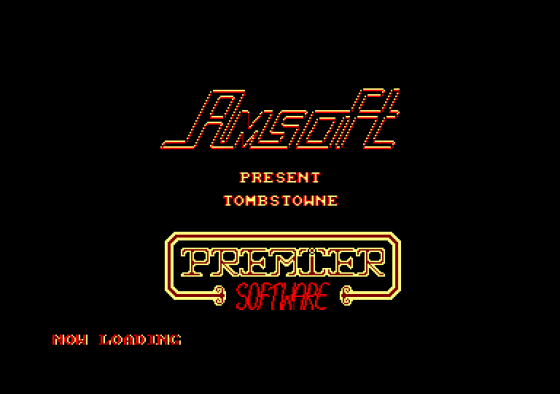 Amsoft have a curious habit of going the whole hog on plugging mediocre games like Glen Hoddle Soccer and 3D Stunt Rider while good games like this one, that make you think, sneak out without any ballyhoo or fuss. The game is reminiscent of Pyjamarama in the arrangement of rooms and tasks to be done but graphically it's much different.

Your task is to rescue some ripped out pages of a spell book from the Castle of Tombstowne to enable the completed book of spells to lift the curse from the town. The pages are colourful little blue things that are picked up with a flash when you talk into them. Getting to some of the pages is difficult and this is where the adventuring element comes in and you have to solve various problems.

The rooms are shown in 2D but you can move "into" a doorway by jumping up at it, staking you into another room at right angles. Connections are also made just by walking off the edge of a screen or by jumping up staircases to a different level. Each location will contain furniture, ghostly enemies or objects, which may be jumped on, avoided and picked up respectively. 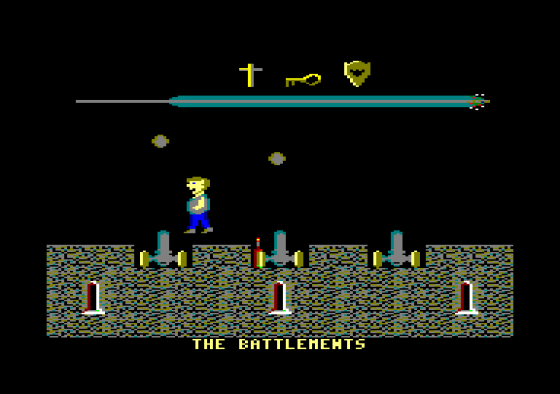 The ghosts mostly move in regular movement patterns so that timing is required to avoid them. Some however home in on you and push you off screen unless you're carrying the right object and perform the right action. Ghosts will drain your energy, which is indicated at the top of the screen by a sparkler that slowly burns down. This is also depleted just by moving around so that replenishment is needed.

Extra energy takes the form of sticks of dynamite which automatically increase your supply when picked up. All the other objects found lying about the place may have a use and you'll have to find out what it is. Most problems have to be approached logically as always but sometimes it is difficult to recognise exactly what you're carrying until you find out what it's for. One example is in fixing a broken staircase with a stretch of stairway that isn't initially apparent as being such.

Only four objects at a time can be carried so there will probably be a lot of switching around and running about as you try to find the right thing to complete a task. At the end of the game you're told how many pages of the book you collected and how much of the game you've explored.

The graphics are very impressive with colourful and detailed room design but the problem comes when characters overlap, as they do frequently, at which point a really nasty colour clash occurs. The music is the other great thing about the game and it's worth staying on the title screen for a while just to listen to it since it uses Arnold's musical capability well. The puzzles may take some cracking but provide a decent challenge in what is a good package.

Loved the graphics - shame about the overlap. The tune was terrific and the game as a whole stands up well to the arcade adventure opposition. That means that the puzzles are far from easy and that there's a lengthy game to be played here.

N. Horrible when graphics overlap.
N. Sometimes hard to know what an object is and therefore what it might do.

A large playing area to try to discover, but it's sometimes hard to know what an object is and therefore what it might do. 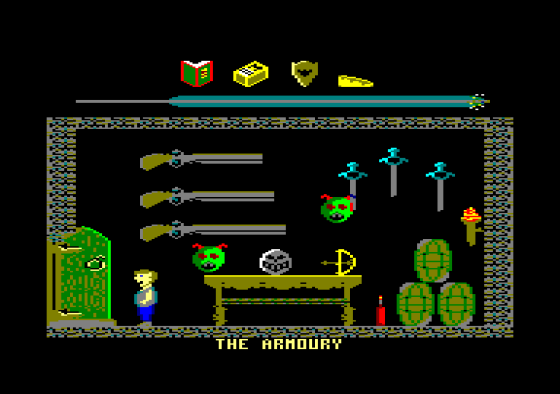 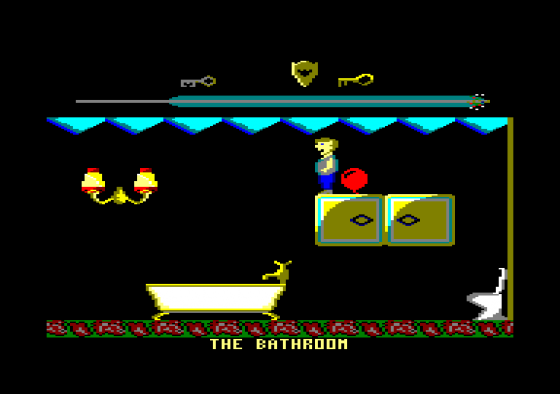 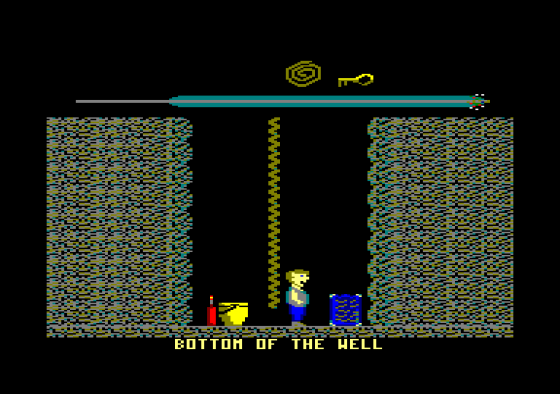 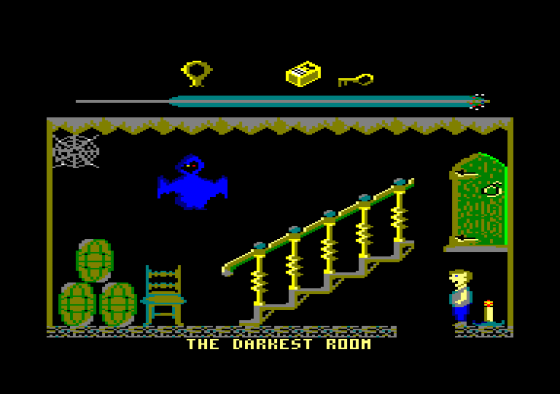