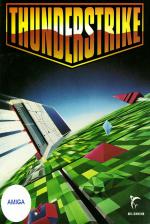 It's the year 2238, and time once again for the Megacorp Industries Ground Defence Games. You, as the pilot of one of five types of ship, must fly around five 3D arenas, protecting your installations, blasting enemy generators and the ships they create.

Sounds all good fun, yes? Well, PC Thunderstrike got a Hit! when it was reviewed back in the July issue of C&VG, and I'm pleased to say that the ST and Amiga versions are just as good, if not that smidgen better.

The feeling of real flight on both machines is exhilarating, although a little disconcerting (the chase camera is that bit slower than your ship and takes a second or two to catch up). The 3D actually works better on the Atari ST, and runs that much faster than its Amiga counterpart.

Graphics are fast, fluid and colourful, but sound is rather poor and sounds not unlike the PC, with white noise enginers and blip-blip lasers.

The playability though is what makes or breaks the game, and this has it in abundance. Once the rather difficult controls are overcome, it's blasting-a-go-go, and you'll really be in the thick of it.

A brilliant shoot-'em-up, and a game that you'll come back to again and again.

Ruddy good 3D flying blasting action all round, with a pretty inventive incentive (trying to keep the viewers happy)!

Apart from the obvious colour and sound differences, ST Thunderstrike is the same as on the Amiga. Rip-roaring stuff.

A brilliant shoot-'em-up, and a game that you'll come back to again and again. 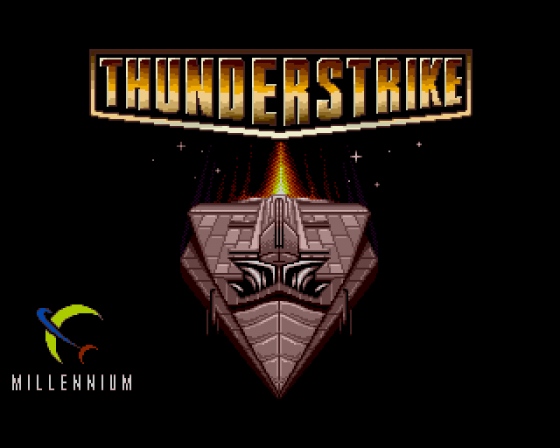 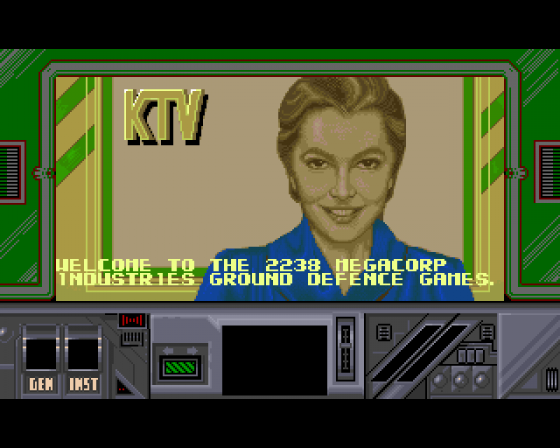 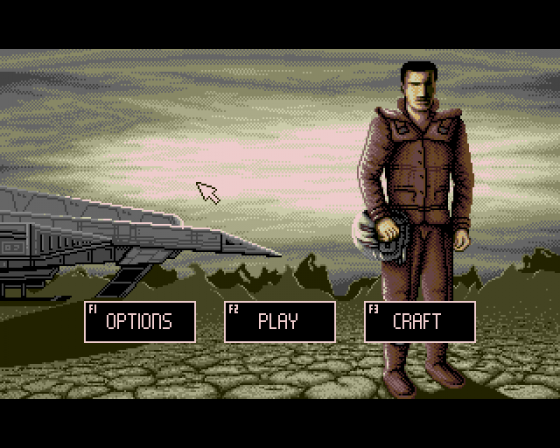 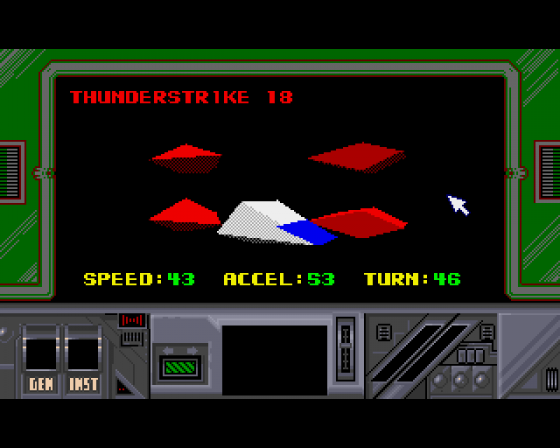 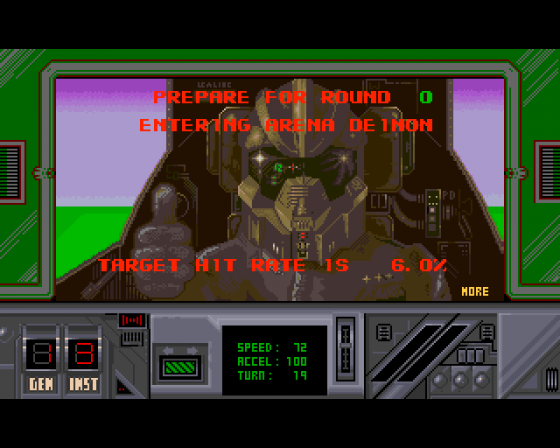 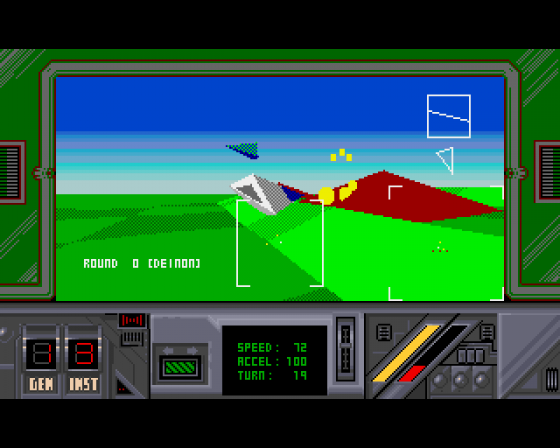 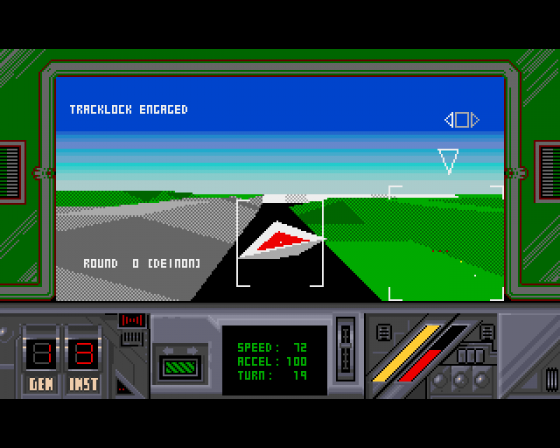 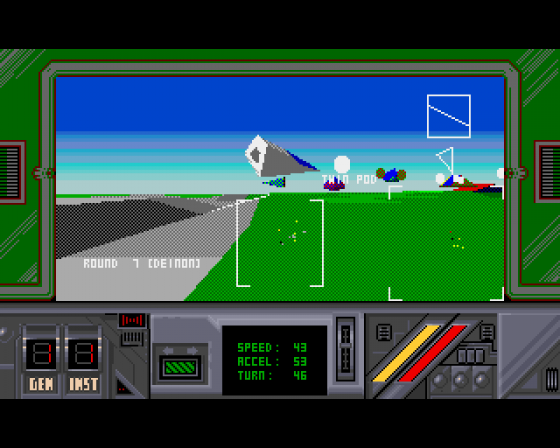 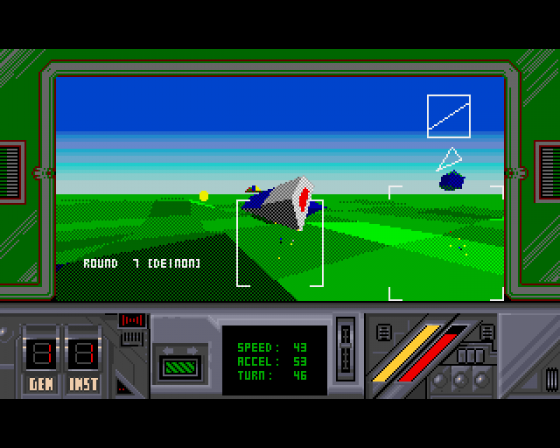 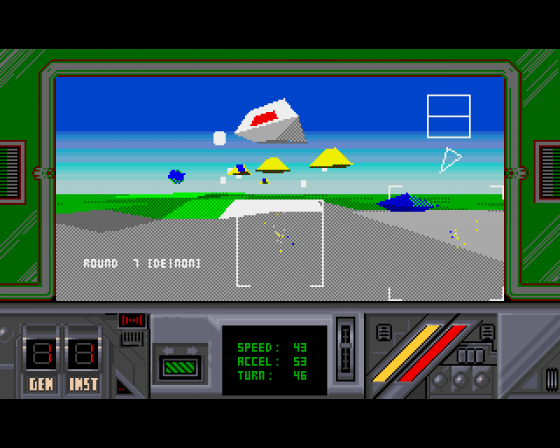