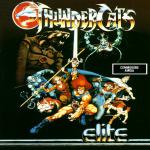 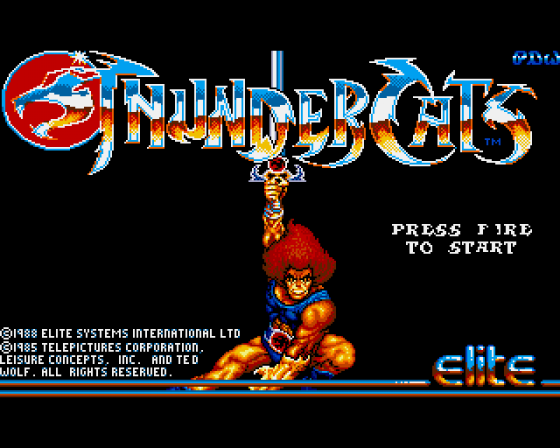 As everybody knows, the Thundercats, including Lion-o, fled their home planet of Thundera just before it was destroyed, and are travelling the stars in their lone spacecraft in search of a new home. They crashland on the Third Earth only to be threatened by another peril: the Ever-Living Mumm-Ra has kidnapped Tygra, Panthro and Wilykit and stolen the Eye of Thundera, a magical gem set into the hilt of Lion-o's Sword of Omens. Lion-o has to fight his way through fourteen horizontally scrolling levels to get them back.

Luckily, the Sword of Omens is still powerful enough to crack enemy skulls and break into supply boxes which hold blaster pistols and extra lives (Phew!). A life is lost on contact with a mutant, by falling into one of the pits which lie between platforms, or failing to complete a level within the time limit.

As you approach Mumm-Ra's fortress, Castle Plundar, your aims of cat liberation are realised. Tygra is rescued on completion of level three, Panthro can be saved on level eight, and Wilykit on stage thirteen. 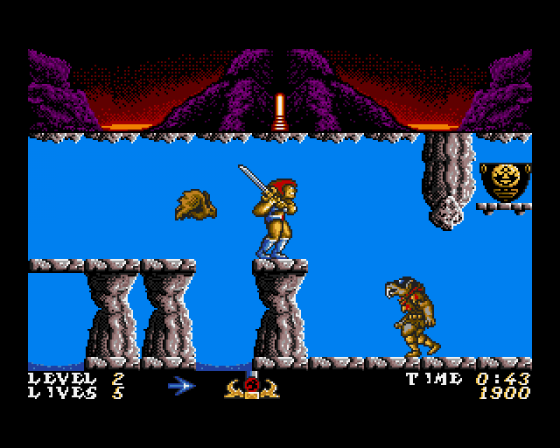 The final level is a showdown between the leaders of good and evil, as you face the mighty Mumm-ra, who stands guard over the jewel. Destroy him, and the Thundercats return to their lair for a relaxing bowl of cream. Miaaaooowwwwwww...

The gameplay in Thundercats holds little over that of Martech's tedious Vixen. It's more or less the same type of walk right-crouch-fire procedure but, unlike Vixen, play is challenging because the weaker weapons (the Sword of Omens is particularly puny) make defending Lion-o against the oncoming hordes of mutants a tortuous test of reactions.

The inclusion of rescue missions give the game the sense of purpose that Vixen lacks, but apart from these factors the game is unremarkable. 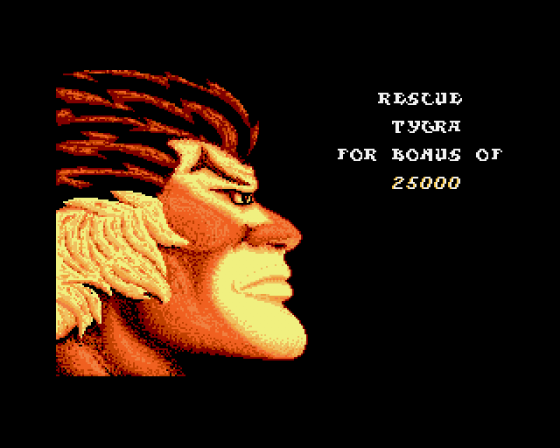 After several trips as far as the end of level two, I found the whole thing growing more and more tedious. I'm sure that even rampant Lion-o groupies would want more rom a Thundercats game than the short-lived thrill of seeing their heroes on the computer screen - this product wouldn't provide them with much beyond that.

I don't know what all these kids see in the Thundercats cartoon [Oi! - Ed]. The plot and characters are ropey, even for a five-year-old's programme. Well, that's neither here nor there; the characters are popular, so there has to be a computer game licence.

The graphics do capture the general spirit of the cartoon drawings and the sound is the usual collection of thuds and crunches, but the game just doesn't hold together. It's simply a matter of running left to right, slashing your way through the monsters and jumping over obstacles - not really very thought provoking. 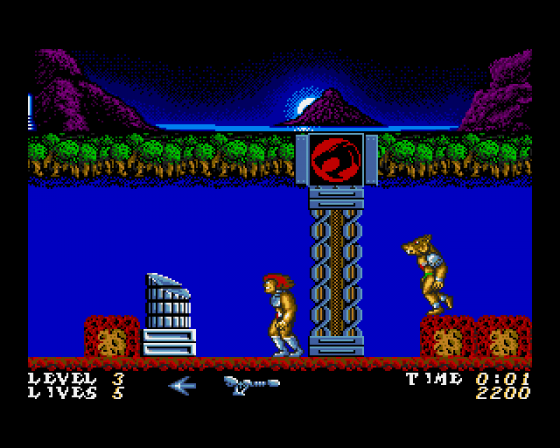 With a character licence such as this, the only thing that really works is a more complex arcade adventure but Elite have just plumped for the simple option. The game should only really be considered by fans of the cartoon.

It's a sad fact of life (sigh) that the production of most tie-ins is a matter of sticking aptly designed sprites into a sub-standard game format, such as a shoot-'em-up or arcade adventure.

Thundercats is a particular disappointment as I'm a tad fond of the cartoon programme. The Lion-o sprite closely resembles his TV counterpart as he runs through the levels killing horrible mutants, but the visual effect is spoiled by few frames of character animation and bland scenery. 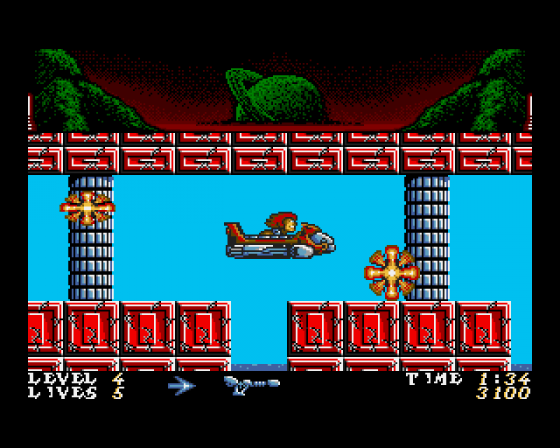 I don't know what piece of music is supposed to be playing, but it certainly isn't the Thundercats theme tune: the jolly sound effects are both annoying and inappropriate to the game's subject matter.

Neither of these things would matter if the gameplay was anything special, but it's simply a Green Beret variant with a couple of sword moves replacing the dagger - and only one type of pick-up weapon. Thundercats is a potentially interesting licence wasted on a basic kill-and-run platform scroller.

Presentation 62%
High-res cartoon pictures to lead in to the action, but minimal options.

Hookability 72%
An action-packed romp, albeit a simple one.

Lastability 66%
The safe return of your friends and the Eye of Thundera isn't necessarily worth the trouble.

Overall 68%
An unambitious Green Beret style game for a licence with great possibilities.

An unambitious Green Beret style game for a licence with great possibilities. 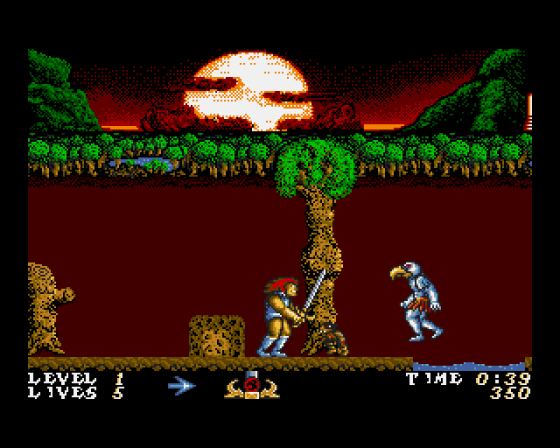 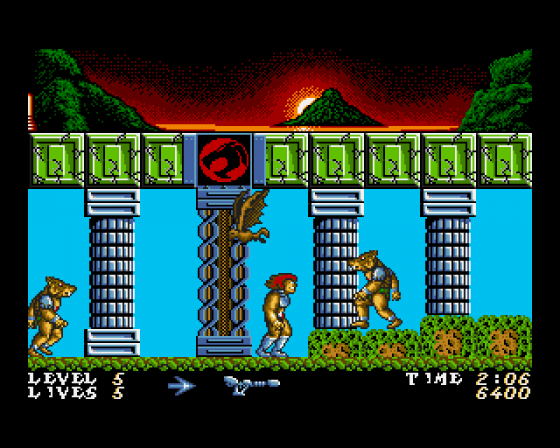