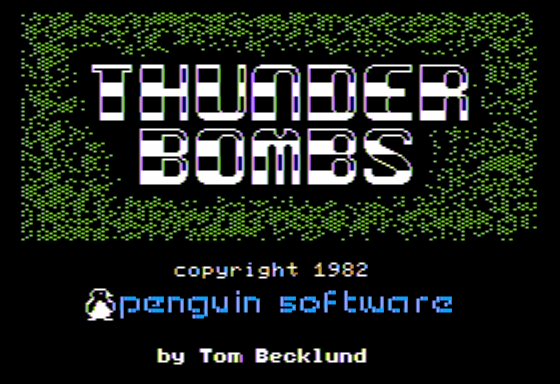 I think I'm beginning to feel like the film reviewers must have felt after seeing their thousandth Western. I mean, what can you say? "Band, you're dead!"?

Thunderbombs from Penguin Software is my thousandth Western. In this game you move your cloud ship up and down the centre of the screen, shooting enemy ships on either side.

These are replaced unless you manage to hit the drone-clone replenishers that occasionally appear at the extreme sides of the screen. The enemy ships are gradually moving toward you - a sort of ambidextrous Space Invaders with nowhere to hide.

If you shoot the replenishers and then clear the screen, you move to the next level. You get a bonus cloud ship for every 2,000 points you amass.

Thunderbombs is a reasonable game: well-written, and hard enough to be demanding... but we've seen it all before. I'm a bit surprised that Penguin thought there was room for such a game in an already-crowded market, even if their games are cheaper than most.

A reasonable game: well-written, and hard enough to be demanding... but we've seen it all before. 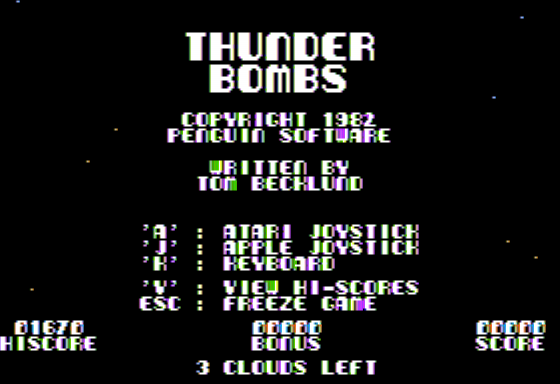 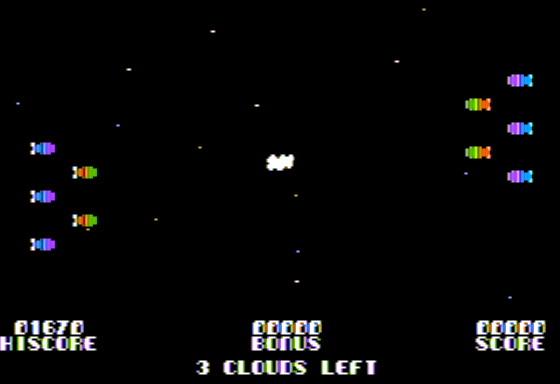 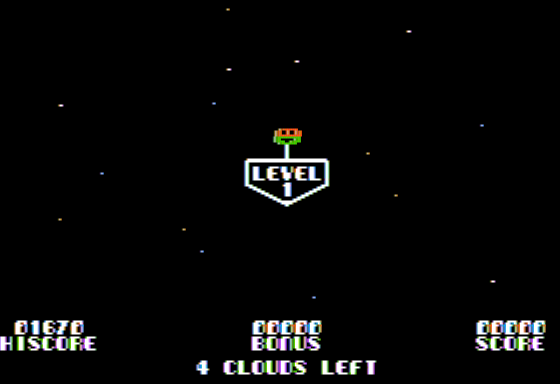