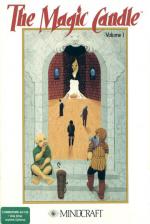 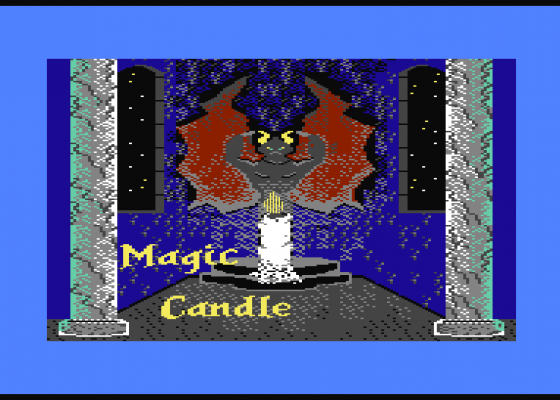 For decades the magic candle has held the evil Dreax captive, but now the guardians have disappeared and the candle is burning down. When it has extinguished Dreau will be unleashed and his vengeance will be horrific. Your team has to find a way to stop this calamity.

I like The Magic Candle. Why? Because it implements quite a few of those design philosophies that I hold dear to my role-playing heart. The boring method of hack 'n slash is kept down to a bare minimum as the game concentrates upon puzzles, plot and role-playing which is what RPGs are all about, after all. For example the realistic creation of monsters - they are only regenerated when a 'new patrol' enters the area (about every three game months), but dungeons have a fixed number of monsters and once they're dead there's no more.

Another noticeable feature of The Magic Candle is you can only have ready-made characters in your party. The reason? Mindcraft are against rolling for characters. Mainly because it doesn't give 'character' or personality. When you are rolling your own you try to obtain the best possible set of attributes, don't you? This system tends to result in a rather bland set of characters, whereas Mindcraft make sure that every character you are 'offered' when forming your party is unique in some way. 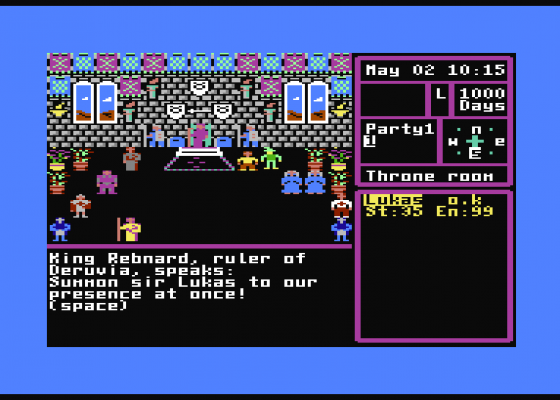 One of the major features of Candle is the option of splitting your party into several groups. Let's say that we're actually living this adventure. Here I am, and I've got may buddies and we arrive in town. What would we do? Certainly, we wouldn't go everywhere together. We would have different things to do, some of us might want to go to the Tavern and drink beer, others might want to go to school to train or learn, etc. The only way to do that is to split the party.

Splitting the party is mostly done inside the town. However, you can leave a character behind (out of your party of six) because combat can still be successful with five characters. The chap left in town could be learning spells or working for someone. This is an ideal method of earning money, so when the party returns you've got a bunch of cash you can use from your character's earnings (through skills such as a tailor or gemcutter). In addition, though, there is one part late in the game where you will need to split your party into three pieces in order to solve a puzzle.

The list goes on, magic users can wield swords and wear armour. For goodness sake why hasn't this been done before? Okay, magic users may not be too skilful at swordsmanship, they'll probably miss more times than they hit. But if they want to carry a sword and wear armour - let them! Weapons and armour are also subject to wear and tear. 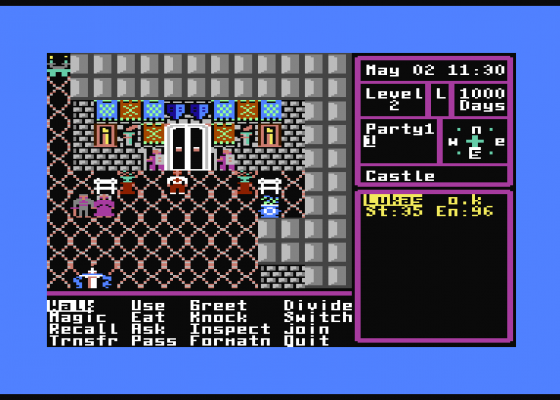 When combat does arise, you will find that the enemy are a pretty intelligent lot, on the whole. Of course, if you are faced with a bunch of thicko Orcs you won't see much in the way of tactics. But face a troop of magic users and fighters and you'll have a fight on your hands. They appear to realize who your weakest people are, singling out your wizards as a priority kill, etc. The thinking here is, well, if I was in their position what would I do? So each monster type gets an intelligence rating.

A good point here is the morale rating which can affect individual characters. You can prevent them running off by placing a curse spell on them or you can give a short speech to rally your forces for the battle ahead, which may, temporarily, improve their bravery.

There is a good use of stats such as individual weapon skills: bow, sword, etc. Magic can only be learnt from books and the included spells only learnt from uninterrupted periods of concentration. Once a spell has been cast, it has to be re-learnt. Good, this prevents the magic users dominating the game.

Ever played on RPG and found a +50 magical sword cast from solid diamond by the dwarf forges of Xorgu? Slices through stone like a hot knife through butter? You won't find too many of those in Candle. There are enhanced weapons but you will never find a powerful weapon randomly (Mindcraft will add more magical items in the sequel but, again, you'll have to work for them, there will be no random cache of magical items). In Candle, there is one powerful item but only the hero can carry it and it is limited. I find it is no big deal not to have super-weapons which can result in an unbalanced game. Admittedly, finding treasures after a special encounter is always enjoyable; more of these may appear in the sequel.

One or two of these features (there are many more that I've not had a chance to mention) may have been seen in other games, but you won't have seen them all in one release, and certainly not as well integrated.

The Magic Candle is not perfect: combat can drag on sometimes, it would have been nice to split the party outside of the towns and there should have been a batch of signs outside of the town shops. Even so, the high stndard of the design has won through. Probably the highlight is the end sequence which is one of, if not the, most satisfying end-games seen in any RPG so far.

Candle is one of the few commercial RPGs on the market which has been produced by gameplayers for gameplayers, without the disastrous intervention by the pin-stripe brigade. I reckon Mindcraft have got a winner on their hands. The Magic Candle is a quality RPG and I can't wait for the sequel.

A quality RPG... I can't wait for the sequel. 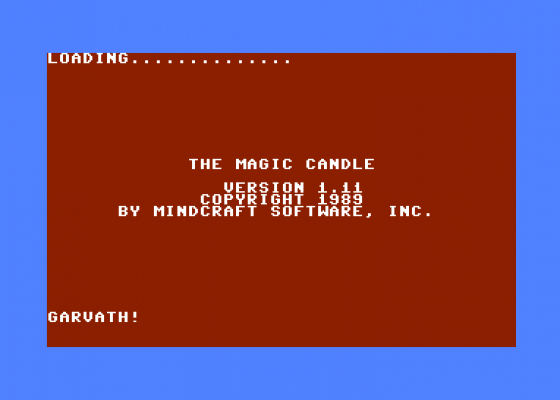 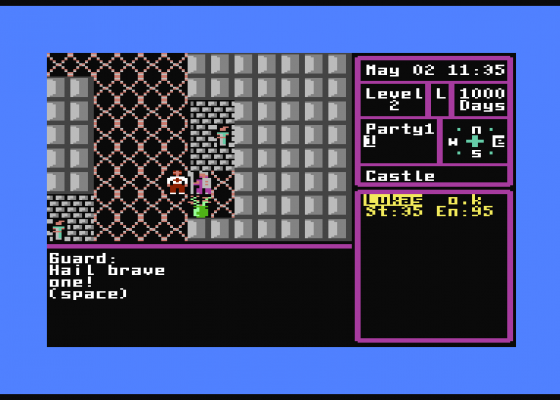 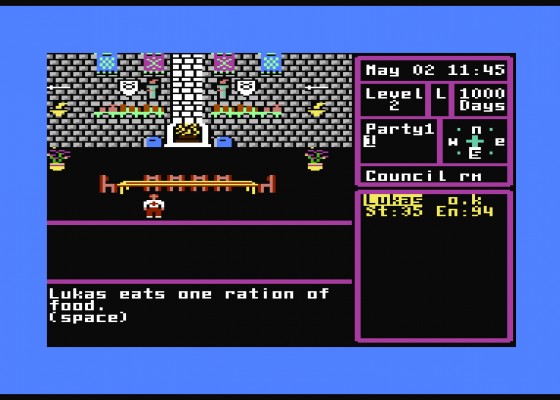