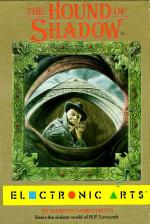 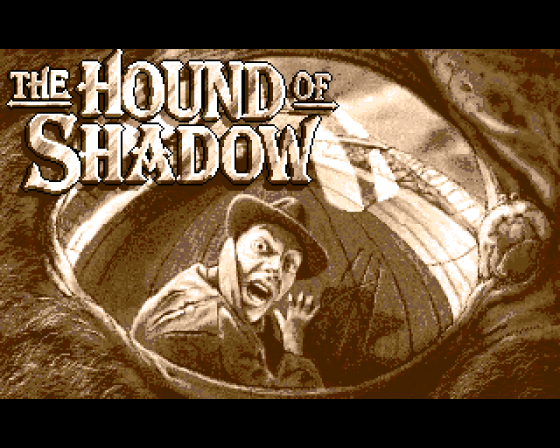 Inspired by the works of HP Lovecraft - a reclusive, eccentric author whose contribution to macabre fiction includes 'The Shuttered Room' and 'The Call Of Cthulhu' - The Hound Of Shadow (THOS) isn't, as you might think, about Hank Marvin's mutt but revolves around the occult and demonic doings of 1920 England.

It transpires that a devil doggy is about to leap into our dimension and hound humans to death. It's up to you to doggedly mar the mutt's malevolent mischief and send it back to the hairy hell from whence it came (Barkshire?).

Before you undertake (probably not a good word to use in the circumstances) this terrifying task, you may either create a character of your own to play with, or use one of three supplied with the game. Character creating is a complex job, but basically you choose your sex, name, age, title, nationality (American or British), profession (such as aristocrat, scholar or private eye) and skills (physical, social, academic, creative, logical, spiritual and investigative). Once you've provided your character with the basics, they (hopefully) hone their particular skills as play progresses. 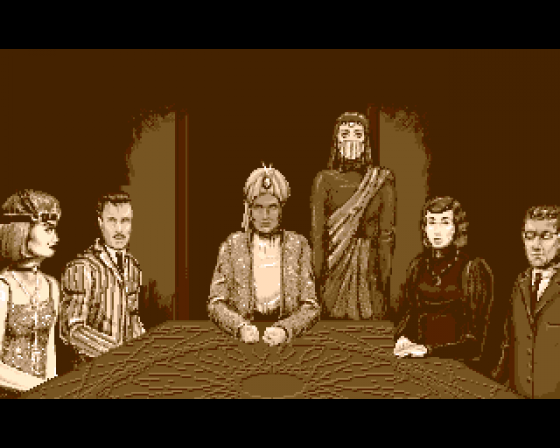 The game begins with you in your flat awaiting a visit by your best friend - this character is the same sex as you and, if interacted with correctly, can be a great help to you. When he/she arrives you both hop into a cab to attend a seance. It is at this seance that you receive an inkling of the presence of the hound and get dragged into doing something about it.

As you strive to discover more about the odd happenings at the seance, the freedom you're given to wander around London is great. You can take the tube or even catch a bus to place all around The Big Smoke. Walking the streets is limited however, as you're required to name (and go to) your destination after only a few moves. This is for your benefit as The Hound Of Shadow is played in real time and you've not got forever to complete it - in fact the system used to create The Hound Of Shadow is called Timeline and more games of this type are planned for release.

You interact with The Hound Of Shadow using typed input and, although the parser leaves a lot to be desired, most commands are catered for. Text is used very well to create a believable atmosphere and is enhanced by nicely-drawn graphics.

At the start of The Hound Of Shadow, you're guided a bit too much by the game and have no real freedom to do as you like, but as the plot thickens so your freedom to explore grows. Having the ability to create and play with as many characters as you like (only one at a time though!) means that even once you've completed the game, you can play again using another character and their different adventuring skills.

The freedom you're given to wander around London is great. You can take the tube or even catch a bus to place all around The Big Smoke. 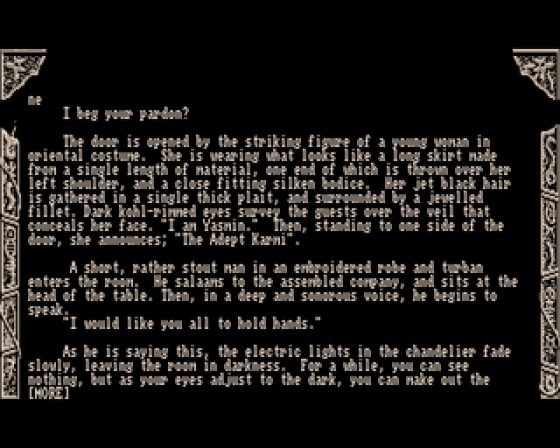 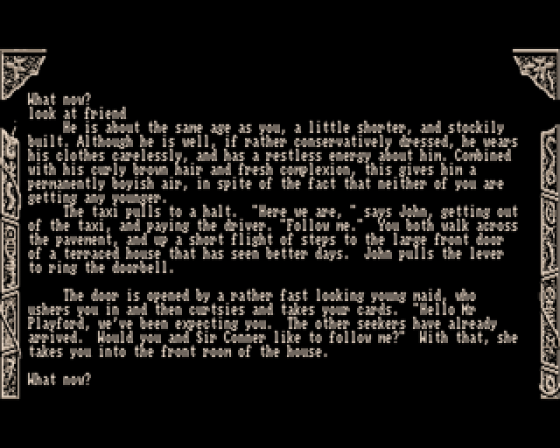 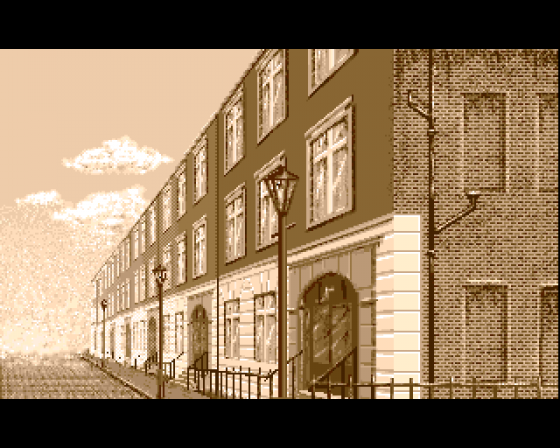