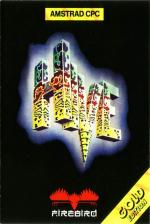 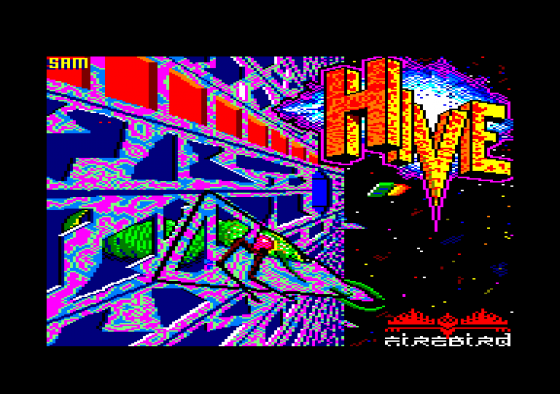 Remember Torus, that gallant team of programmers that brought you Elite? Well they've been beavering away for some time on this, their new game. It's programmed using vector graphics, like Elite, and has a highly original scenario behind it.

You control a craft called the Grasshopper that walks through the hive's complex of tunnels. At the heart of the hive is the queen, and it's your task to destroy her. The complex is composed of eight levels, each successive one harder to get through.

The screen shows the forward view from the Grasshopper and below it a status panel with lots of handy information. What you see is circles stretching off into the distance, making up the tunnel, occasionally splitting into two or three at junctions. Into these tunnels are introduced many different objects and mechanical insects, some of which have to be picked up and used, some avoided and others blasted to pieces. 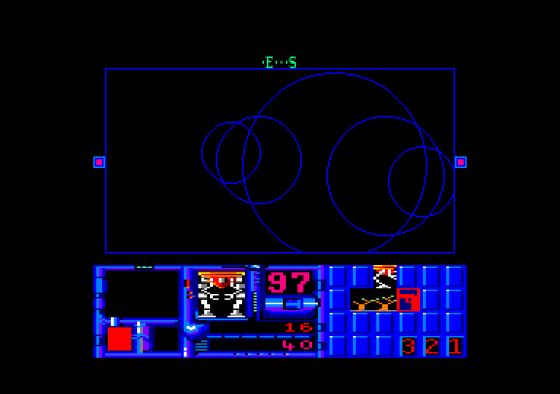 Just finding your way around will be hard enough at first: it's not an easy game to map and you can easily become disoriented. It's quite easy to find yourself going around in circles and running into the same obstacles several times in a row. Making life difficult the whole time are the other mechanical insects that inhabit most areas of the tunnels.

The insects appear in swarms - well, waves at least - and which insect it is depends on the level you're on and the area of tunnel you're in. They come in all sorts of weird shapes and sizes, including one that looks like a flying TV set. Many of the insects are attractive but you must blast them without mercy because when they crash into you they drain large chunks of energy. The more nasty the insect, the more energy gets lost.

There are other static obstacles poking out from the tunnel walls, most of them dangerous. You can jump or duck under some, but others will have to be blasted or removed by another means. There are also objects which can help you, including pylons to provide energy, guns and bombs for killing insects, keys to remove some barriers in the tunnels, and shielding for the Grasshopper. 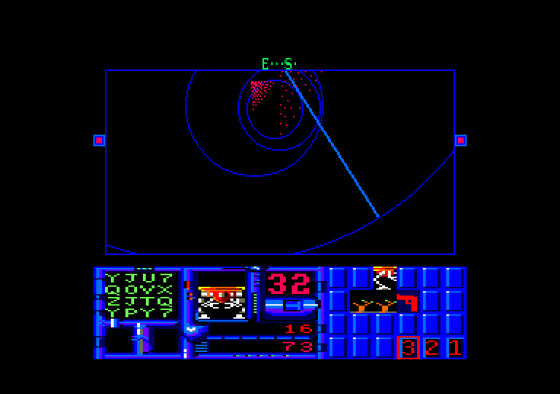 Your status panel gives lots of handy information on whether you're being attacked from behind, when you're approaching a junction, what you're carrying, and a teleport code allowing you to return to particular spots easily. Handling objects, changing speed, jumping and crouching all require you to use the keyboard, which can be inconvenient, particularly when you are using the icon system that allows you to use objects.

The vector graphics are excellent, fast-moving and, for some insects, quite detailed. The game itself will take some getting to grips with, but there's plenty there for those with a bit of patience for exploring.

It's certainly unlike any other game I've played. Although it won't get your adrenalin pumping, it is a challenge that will have you thinking and exploring for quite a while.

Buzzzzingly good. I enjoyed Hive because of its novel gameplay. Twisting your way down mile upon mile of hypnotic tunnel may not be everyone's cup of tea, but it has addictive qualities: avoiding flying insects or blasting them (my preference), collecting weapons and trying to find the way around the maze of tunnels. I found the game to be relaxing at certain stages, at others it was mayhem. Recommended.

Dull, but everything is clear.

N. Doesn't give you any urgency when playing.

Although it won't get your adrenalin pumping, it is a challenge that will have you thinking and exploring for quite a while. 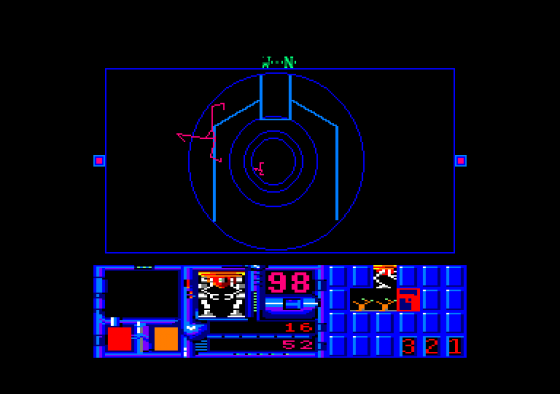