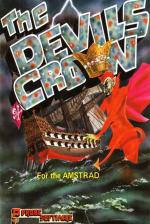 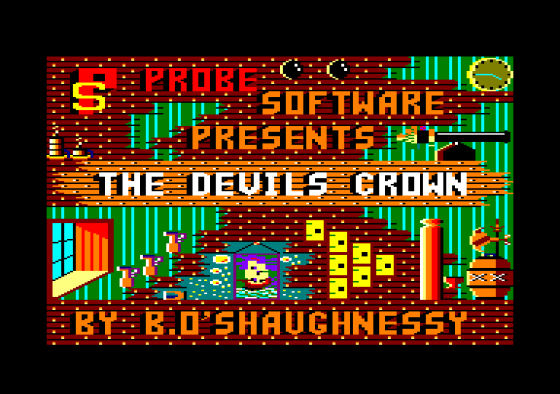 Sorcery was such a successful game that it was inevitable that lookalikes would appear. Such is this game. That's no discredit to it though, because in the new surroundings of a sunken pirate ship it succeeds in living up to the magical classic and perhaps bettering it.

The pirate ship consists of 40 rooms which are all bursting with colour and action. Within each one lurk treasures, tools and deadly enemies which you'll quickly come to recognise. The aim is to recover seven jewels from the bowels of the ship and replace them in a cursed golden crown.

You start on the main deck in a one man submersible that can scoot around all over the screen. At the top of the screen are three flashing objects which you have to find and put into place Knight Lore style. The three objects are always identical, three bells to start with, and when put in place they reveal one of the seven jewels. This then has to be found and also returned to the main deck where it is installed in the crown. 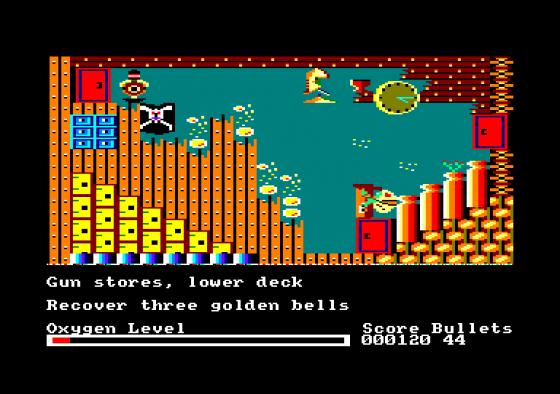 For each jewel, the three objects to make it appear are different. Even once it's appeared you still have to find it and be carrying the right object to pick it up. In situations like this a map is invaluable so it's best to keep track of everything for later reference.

This main task is of course complicated by lots of minor problems - like dying. This is because you need a constant supply of oxygen (underwater remember?) and running out ends the game. Oxygen is found lying around in cannisters that replenish your supply but it is constantly being drained. In many rooms, there are fish who will take a massive chunk of air if they catch you. These can be shot but they are intelligent and shy away when you start attacking them.

Shooting is one of the major differences from Sorcery and picking up pistols lying around will top up the supply of bullets to 50. Other hazards are not to easy to deal with. Ghosts appear in some rooms and have the nasty habit of stealing the object you're carrying when bumped into. They disappear as soon as they've swapped and to get the object back you have to leave and re-enter the room to bump into the ghost again. The problem is the ghost may give you the deadly jolly roger. You can get rid of the ghost but you'll need to find out which object does the trick. 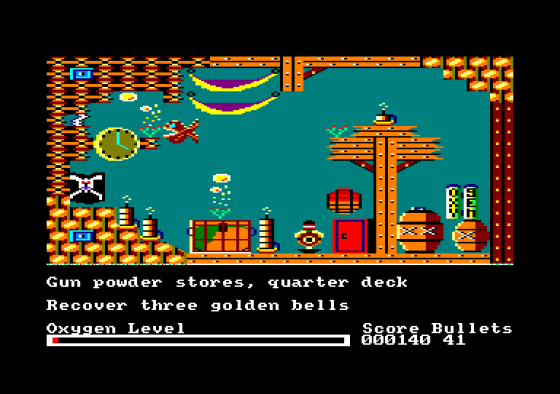 Most rooms are packed with objects like bells, jugs, coins, lanterns, ivory tusks and the like which can be picked up. Much of the scenery is composed of the ship's wooden hull with cannons, cannonballs, bunks and lots of other features. There are also continuous streams of bubbles rising from spots all over the ship but they serve no useful purpose - they just look good.

The task is made tougher in some rooms by the fact that it is pitch black and all you can see is yourself, fish and ghosts. Again there is a way to illuminate the problem but you'll have to find it. There are several surprises in store when you pic things up so watch out for pleasure and pain when you get the musical harp and jewels.

This won't be an easy game to complete and the fab graphics and sound add to the addiction. Despite its unoriginality, this is worthy of going in anyone's collection.

You'll have to repel boarders pretty sharpish once your friends see this. Keep a cutless handy, it has unusually pretty graphics and flicks from screen to screen very smoothly. The blasting is quite satisfying, but the arcade adventure side is what makes it a superior product. Probe are a new company to me, but I hope to hear a lot more of them in the future.

N. Some unoriginal aspects of the game.

Worthy of going in anyone's collection... This won't be an easy game to complete and the fab graphics and sound add to the addiction. 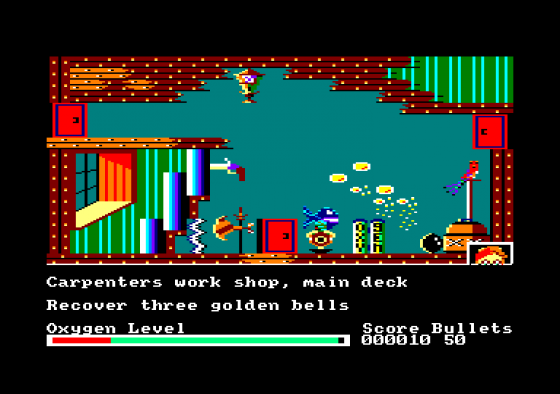