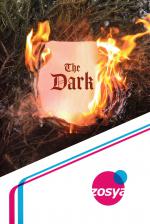 I was a big fan of the MS-DOS version of Doom, because I was at college when it first game out, and there was no better way to spend a free period than slugging it out on the Multiplayer Deathmatch. Although it now seems a bit rubbishy, it seemed amazingly futuristic at the time.

It really seemed like the type of game that 'needed' a big, powerful, networked machine and yet, over the past few years, there have been Doom clones on all manner of 8-bit machines. In 1997, when I was playing Doom, over in Russia, one Oleg Origin was attempting to create The Dark on the humble Spectrum. Of course, in 1997, it barely registered as the best Doom clone possible on the Spectrum and it wasn't until nearly two decades later that it really caught the imagination of Spectrum fans. Oleg Origin even did some more work on it and created a 2016 version (which was released by Bum Fun as a professional cassette release). This was the first time I personally slogged my way through it but, shock horror, it seems I never reviewed it in 2016.

As you've probably gathered by now, The Dark is a mock 3D arcade first-person shooter on the Spectrum and, if you bear in mind the Spectrum's limitations (48K/128K), it's incredible how much has been squeezed in. You can move around a reasonable, if blocky, 3D environment in real time, and when you find weapons you can aim and fire them at monsters. You progress, as in Doom, by finding the keys to open the doors to access further areas of the maze until you reach the final exit. You deal with the monsters by keeping them at arm's length whilst whilst walking backwards and either releasing a volley of gunfire into their guts, or jabbing at them relentlessly with your trident.

The original had already gotten the Doom formula down to a fine art already, and The Dark Redux is a souped-up version of it. It's faster, it's a bit harder and the atrocious sampled speech is gone from the intro, replaced with a much more atmospheric prologue. However, the maps and the monsters are the same - it's essentially a 'reskin' job, not a complete new game. Comparing it to the original, I have to admit that the upgrades to the status bar, the in-game health icons and the weapons do look much nicer.

If you missed The Dark first time around, then this is a much better version. Download it now and be amazed.

If you've already played it, well, The Dark Redux is still nice but, under its new clothes, it remains the same game.

If you missed The Dark first time around, then this is a much better version. Download it now and be amazed.