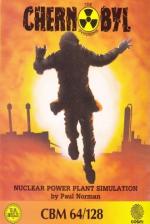 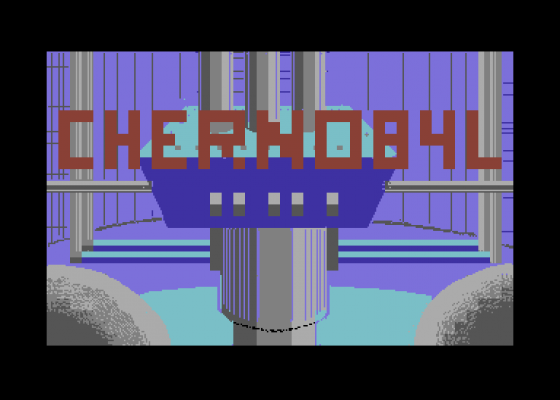 Two years ago a little place eighty miles north of Kiev in Russia suddenly became big news. Through mishandling on the part of its operators, the nuclear reactor at Chernobyl had become dangerously unstable, and because the proper safety measures were not taken soon enough the problem escalated, until on April 25th the build-up of heat caused the reactor to explode, blasting a huge radioactive cloud into the Earth's atmosphere. Would you have been able to prevent the worst nuclear accident the world has ever seen? That is what this simulation endeavours to test.

Although nuclear theory is highly complicated, the production of electricity in a reactor is quite simple to understand. The core of a reactor is made up of thousands of uranium oxide rods clad in zirconium tubes. The uranium rods, when brought together, produce enormous heat and radiation, so to control these vast quantities of energy, an array of radiation-absorbing graphite roads are lowered into the core. The heat produced is absorbed by a high-pressure water cooling system which transfers the energy to boilers in another building. These hold their own water supply, which, when heated, forms steam to turn the turbines connected to the generators, which finally produce electricity. The water in the cooling and boiler systems is then pumped back to be used again and the cycle continues.

At first the player logs onto the power station monitoring computer. Through this he is informed of what is currently happening in the plant's systems, and by typing in command words, can take control of the mechanics of the reactor and its associated workings.

Through the terminal, the player calls up five displays: a plan of the plant; a graph showing how much of the control rods are inside the core; a diagram of the core displaying its temperature and that of the coolant which is shown flowing through the reactor; a panel of power gauges; a panel of alarm lights; an annuciator display showing the status of valves and other indicators. Above these are messages from the computer, which runs checks on the plant systems, informing the player of the status of each and also warning of dangerous pressures or temperatures in the core which could lead to problem situations. In such cases the computer asks the operator to adjust the status of one or more systems using the command window in the lower part of the screen.

With the rods withdrawn, the reactor produces heat, and when the generators are engaged, electricity. If the simulation then decides to throw a spanner in the works and let part of the system fail, there's the possibility of a heat buildup or a radiation leak, so unless the player can quickly think of a solution to the problem, the best alternative is to initiate a SCRAM (effectively shutting down the plant) and evacuate!

Ignore the melodramatic packaging: Chernobyl is wholly unrelated to the Russian disaster. Its interest lies in the thoroughness with which the programmers have researched the issues of nuclear power: this complexity gives a strong, if simplified, feeling of control over the reactor.

Primarily it's bewildering, but a great deal of satisfaction is gained once you begin to successfully maintain the plant. Graphically, it's reminiscent of Open University lectures, with functional, colourful and clear diagrams, supported by evocative and superbly threatening sound effects.

As a simulation it's good (though the instructions could have been clearer); as a game it's reasonable: either way, it's engrossing and unusual enough to deserve attention, despite the silly box.

Forget the gruesome and sensationalist cover - this intriguing and mildly compelling simulation has nothing to do with explosions or death by radiation poisoning. In fact, I'd go so far as to say that it's one of the least controversial games I've played in recent months.

Most of the playing time is spent monitoring the core temperature, making sure that the system is running smoothly and responding to commands when necessary. It's not the most exciting game in the world, but I found the pedestrian speed and relaxing sound effects quite therapeutic, and it gives a welcome break from blasting or adventuring.

The Chernobyl Syndrome isn't an essential purchase, but is certainly an enlightening and engrossing simulation, and as such would be well suited to students who have a genuine interest in the subject.

While playing this game I wondered whether the artwork on the box was chosen by the authors, Cosmi, or US Gold. The picture of a man being blown before a nuclear explosion seems inappropriate to the point of sensationalism, because the game is a very straight-laced, inoffensive simulation with nothing much in the way of exciting action.

However, because of the credible nature of the game, The Chernobyl Syndrome proves most intriguing, even educational, to play, and would make a superb demonstration piece in a physics lab, a science museum or maybe the Sellafield information centre!

The explanatory notes and the Chernobyl story which come with the package make very informative reading and complement the animation well.

Unfortunately, the same cannot be said for the 'manual' which, though extensive, is often ambiguous because of its over-keen use of jargon and a missing section on switches. As a result some commands have effects which are not documented, so I was left wondering whether the problem lay in ignorance on my part or in a bug in the program.

I'd guess this would have limited appeal because it doesn't offer mutants or charred bodies, but if you're looking for a new experience in simulations, you might like to try The Chernobyl Sydrome.

Hookability 59%
Requires a long span of attention, but there's a strong initial interest.

Lastability 46%
Not much in the way of exciting action, and interest wanes when nothing new happens.

Overall 68%
An interesting and edifying simulation which unfortunately won't appeal to too many gamers.

An interesting and edifying simulation... which unfortunately won't appeal to too many gamers. 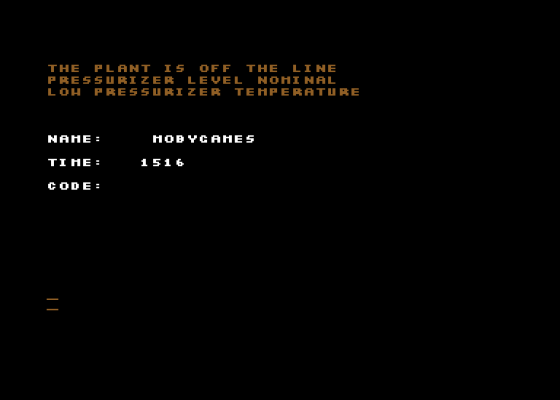