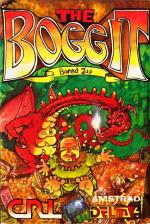 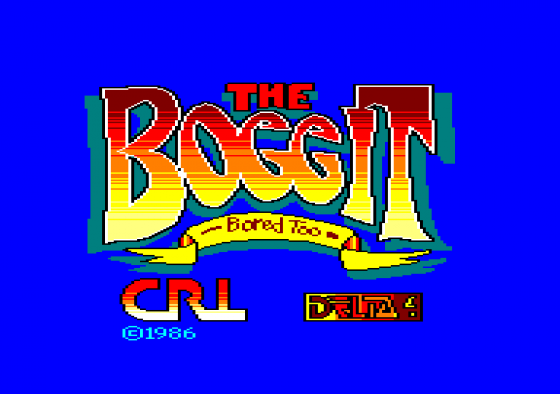 Followers of the strait and narrow path will have already made the acquaintance of Robin Of Sherlock and possibly even Bored Of The Rings, two dainty little comedies from the pens of Delta 4. The Boggit is their latest oeuvre, being a take-off of that little-known Melbourne House adventure released a few years ago.

Those of you who may just happen to have played the original Melbourne House game will doubtless have been entranced by its interactive characters, its stunning graphics, and its tortuous gameplay. Now you can get the lowdown on what life was really like in Muddle Earth, and discover not only what Bimbo Baggins does in his toilet, but why Trolls never wash their clothes.

The Boggit is standard Quill/Illustrator stuff as far as format is concerned, but Delta 4 pull their usual trick of giving the illusion of having 'interactive characters' using the TALK TO PERSON followed by SAY MESSAGE sequence of instructions. By first signalling your intention to talk and then SAYing things, you can give the antiquated Quiil parser the appearance of accepting some quite complex instructions.

I very much enjoyed playing this game. The layout of the adventure and the plot is sufficiently similar to the original to give one a feeling of cosy familiarity, but at almost very turn things go subtly (and sometimes unsubtly) astray. The text is lengthy and sometimes prints up screenfuls at a time in response to repeated key presses; but much of it is well-written and original, as when Bimbo wakes up with a hangover that 'contravened local strategic arms limitations'.

Like Bored Of The Rings, this is a must for any player who's fed up with hair between the toes. Sometimes the good humour goes rather over the top but the puzzles are logical, challenging, and inventive. Delta 4 have been instrumental in establishing the satirical adventure as a serious contender for the empty spaces on your shelf, and this game is up to their highest standards.

Delta 4 have been instrumental in establishing the satirical adventure as a serious contender for the empty spaces on your shelf, and this game is up to their highest standards. 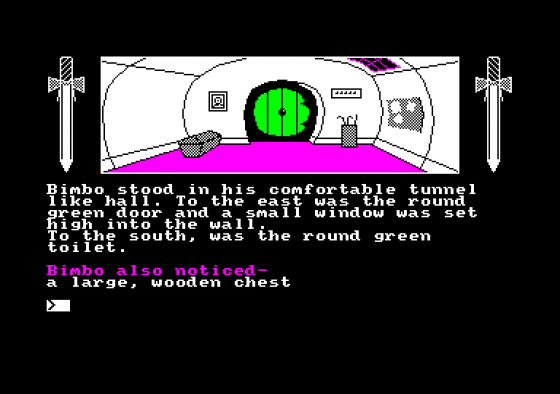 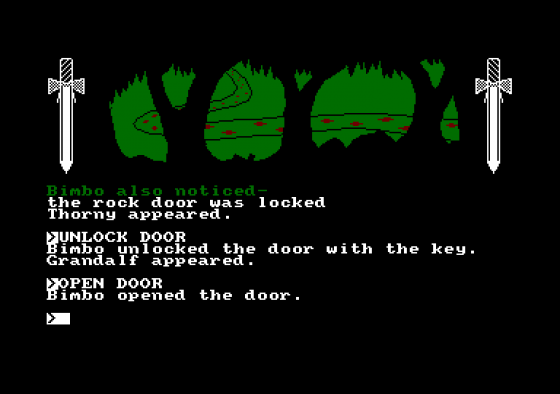 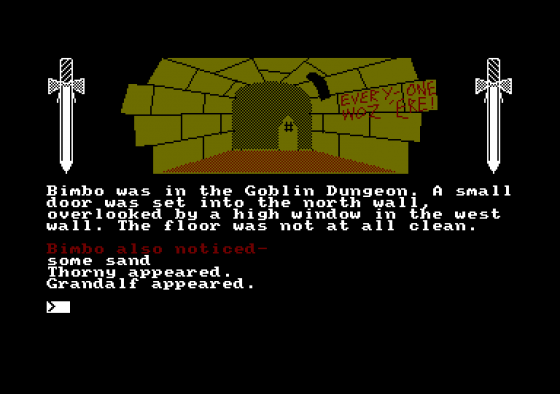 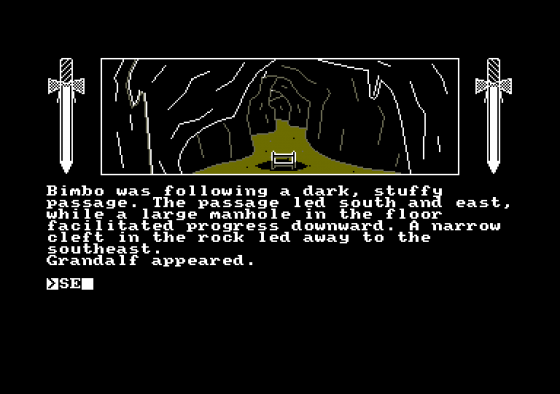 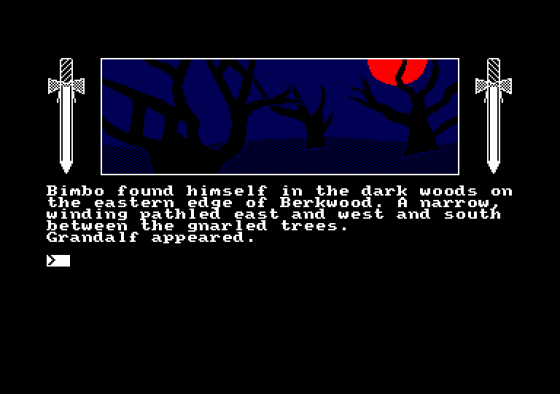