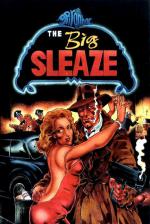 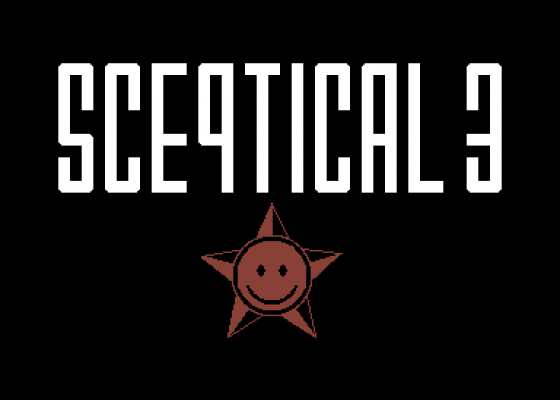 The Big Sleaze is, as with all previous Fergus McNeill games (The Boggit, Bored Of The Rings and so on), a three-part/load Quillustrated game with a sharp sense of parody. As Private Eye Spillade, your job is to solve a number of crimes or mysteries, banking your clients' cheques as you attempt to avoid both bankruptcy and the numerous threats of death and destruction that you encounter.

The graphics are excellent (although there aren't an enormous number of them), and combined with the copious and well-written text they give the game a very attractive feel.

There are a couple of things about this game that left me slightly less impressed that I might have been. Mr. McNeill writes some pretty good prose when he relies on taking the mickey out of the American detective story. However, when he drops in one of his many risque jokes (about private 'dicks', or shoving dynamite up a pig's backside) things seem to start going downhill a bit. 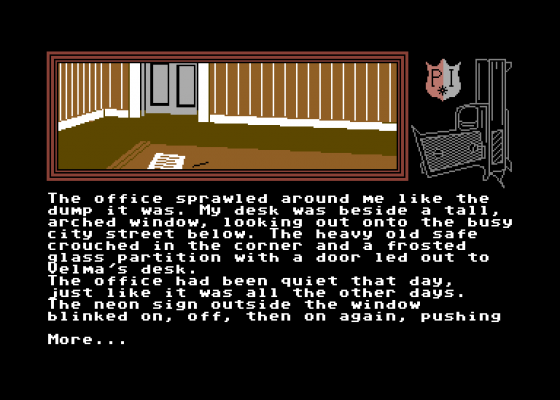 Now, don't think I'm being prudish (perhaps I am), because we're not talking about anything particularly rude. It's just that it seems so easy to make people laugh by mentioning private dicks, or whatever. Okay, "so what's wrong with that", I hear you cry - if people laugh, then it must be funny. Perhaps it is - but only for the first time you read it, whereas the pleasure the player gets from a well-written, witty take-off of Mickey Spillance tough-guy prose is more enduring. Luckily there's a lot of the latter, but I do wish there was less of the former.

The other thing that annoyed me was the way the vocabulary had been set up. I suspect that there was a memory problem or something, because many of the essential actions in the game do not have enough synonyms. For example, when you find your car in the street, you might quite naturally enter 'ENTER CAR'. Unfortunately, 'You can't'. That's a little misleading, since of course you can - but only by typing GET INTO CAR...!

Similarly, when you blow up the pig with the dynamite, you might type LIGHT DYNAMITE, but again you can't - you must LIGHT FUSE. The latter case seems even more unfair, because a close examination of the dynamite doesn't even reveal a fuse to light!

All this is really as much of a reflection on the system that Fergus McNeill uses to write his games. They're good games and give a reasonable return for your investment, but perhaps it's time Fergus chose another system.

It's a good game, but there aren't enough synonyms for many of the commands making progress frustrating and unfair. 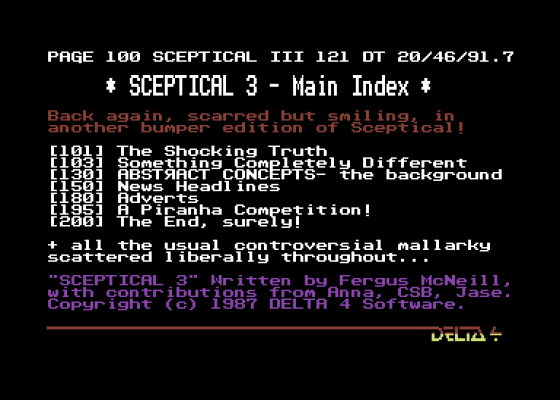 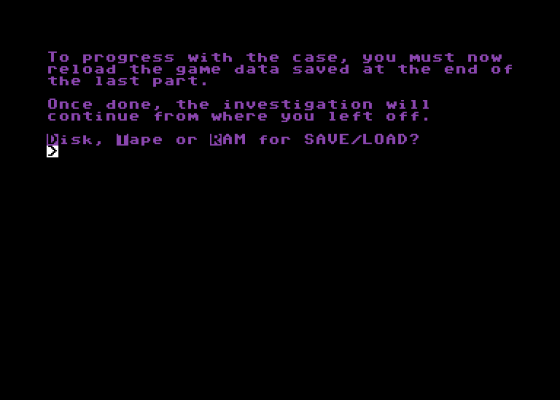 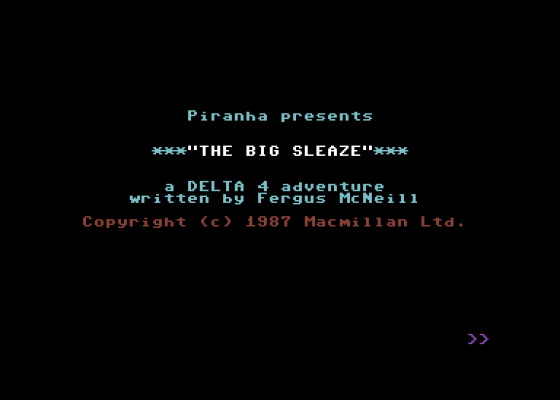