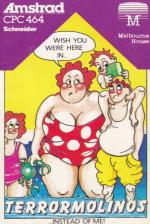 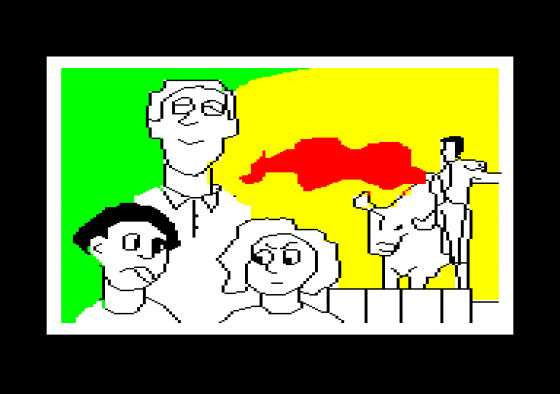 This is the latest gem from Melbourne House, and a very nice little number it is too. It's written by the same jokey pair that gave us Hampstead - a silly satire that the Pilgrim didn't go for much, feeling that the humour was rather forced and in some cases as pretentious as the people it was supposd to be satirising.

Terrormolinos is, however, rather different. First, the game design is highly original. As a typical balding, middle-aged English holidaymaker you must first collect your family, your pills for 'gippy tummy', your knotted handkerchief, and a dozen other items needed for your holiday. You must then make it intact to your hotel in sunny Spanish Terrormolinos and - just to prove you've been there - take ten half-decent snapshots with your camera. Since there are only twelve exposures in the film, that doesn't leave you with much margin for error, so you have to be careful where and when you press the button.

This game, like Hampstead, was originally designed using The Quill, though I couldn't see any mention of this on the packaging. Although the Pilgrim can see that Melbourne House have done a lot of polishing up, I still think that Gilsoft should get a mention somewhere. As it is, there are still some hangovers from the game's origins - in particular, a tendency for the program to hang up for short periods of time while it does something complicated like think of something to print on the screen. 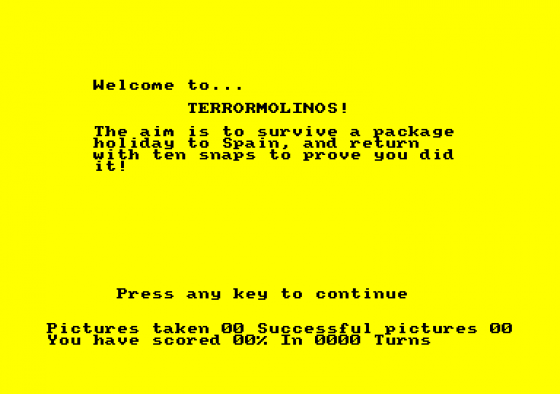 The game itself is beautifully put together. Take your family, for example. Wife Beryl, and kids Little Doreen and Ken have a delightfully infuriating habit of following you around the place but neve, of course, being there when you really need them. What's more, the game is structured in some placed so that you not only have to solve the puzzles, but you have to solve them very quickly - the obvious example being right at the beginning, when a taxi is waiting outside to whisk you off to the airport. If you don't ginger things up a bit, you'll find yourself left stranded at home and having to start from scratch all over again.

The Quill interpreter isn't very clever when it comes to inputs. For the most part, you can only enter short verb-noun commands, one or two occasions, hinder the development of the plot or the solving of puzzles.

The graphics, which the authors claim were developed using Saucyvision (a system inspired by seaside postcards), aren't too bad and draw very quickly. They're also cleverly used when you take photographs, so you can see the snaps in glorious technicolour. They do not, as in most games, illustrate particular locations but instead, like illustrations in a book, portray specific events... yes, you *do* look silly with a jar of pickle smashed over your head - serve you right for trying to get the camera off the kitchen shelf without climbing the steps first!

If you fancy a Spanish holiday, this game should satisfy the most masochistic of tourists... just watch out for the bulls, and remember that "No Entiendo" is Spanish for... yes, you guessed it, "I don't understand".

If you fancy a Spanish holiday, this game should satisfy the most masochistic of tourists. 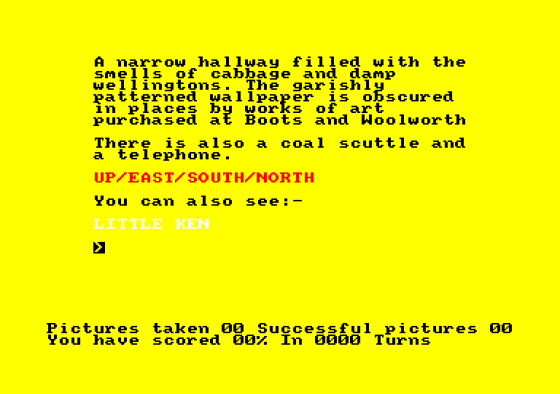 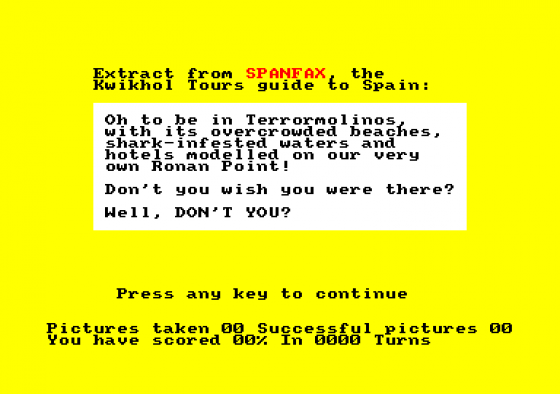