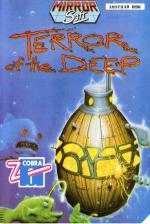 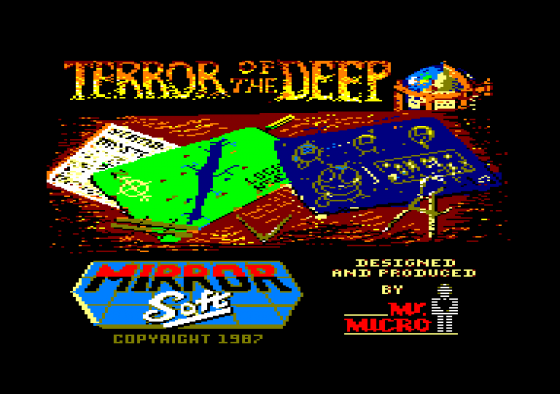 This game follows in the tracks of many proven games, though with a small difference. The closest semblance is Elite. The difference, apart from the fact that Elite was a brilliant game, is that Terror Of The Deep is set underwater.

The story is that some strange meteorites landed in Loch Ness. Strange creatures have been seen rising from the lake at night. An eccentric professor who lives at the side of the lake has invented an intricate bell-like diving machine to explore the lake. Unfortunately the poor old guy is on his last dentures and has selected you to complete his mission to rid the loch of the alien invaders.

Before the prof has shown you how to control his craft, he draws his last breath. Alas, poor Cedric, you knew him so little! Anyway, you get lowered into the loch and peruse the map for where to start looking. You have a vast number of controls at your fingertips: gauges, switches and levers to get used to. The bottom of the screen is the instrument panel. There are two hands on it. The left remains stationary over the Fire button: you control the right. 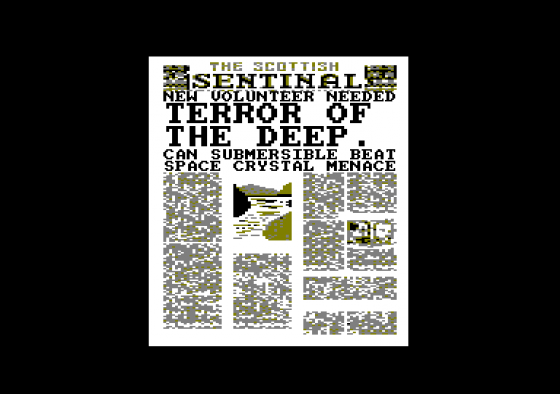 You have three kinds of ammo with which to skewer the aliens: spears, an electric field and bombs. You can drop bombs and then detonate them remotely by pushing a lever. If you run out of weapons or run low on fuel, you can resurface by filling your tanks with air. This is done by manual pumping.

I detest this game. I think that a game needs something, however small, to grab you during your first go. It took me five goes to find an alien! The graphics are mediocre, and the sound-effects are nil. The gameplay is slow and over-complicated.

The controls are certainly over-complicated. If they had tried to make it a strategy game, it would have been more interesting - but a shoot-'em-up with too many controls is not much fun. It's very slickly presented and programmed but I think the gameplay got lost along the way. It is possible to get into the game but on the whole it's disappointing. 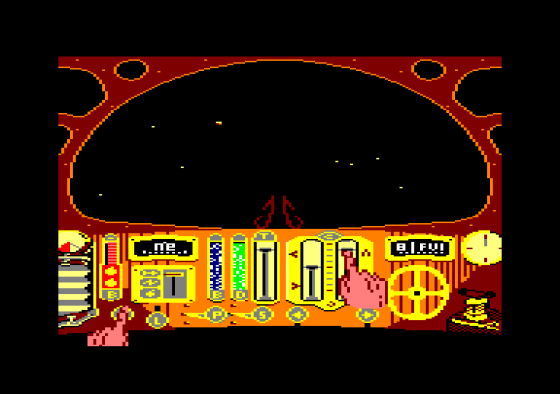 What there is to see is playable in green.

Graphics 55%
P. Nice control panel.
P. Characters are only clear when close up.

Good idea, shame about the implementation. 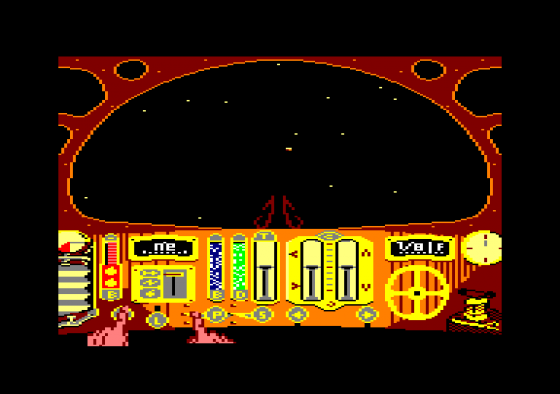