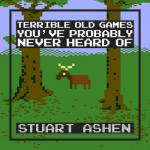 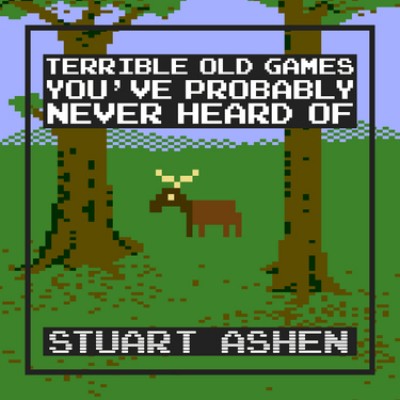 Some games rock, and some games suck. Stuart Ashen's little hardback book is a collection of reviews of the latter category. What you get in exchange for a crisp £10 note is a collection of reviews of commercial games which were terrible on release and remain terrible now. What does this mean? Is this book a depressing, and largely irrelevant, collection of game-hate or will the author's almost psychotic, yet completely genuine, indignation at each of its featured games have you clutching your sides with laughter whilst tears stream uncontrollably down your cheeks? Well, let's see...

The book is produced to a high standard, with glossy pages, very clear text and not only screenshots but relevant composite images that help to illustrate points made in the text. You don't just get a diatribe of derision about the downright absurd "fighting moves" from Amiga CD32 game Dangerous Streets, you get nice pictures of the moves laid out in all their baffling, bewildering glory.

The games featured are format-specific (for example, Graffiti Man for the Atari ST, Show Jump for the Dragon 32, Licence To Kill for the Acorn Electron, etc). Each review is mercifully only six pages long and the "pocket-book" size of the book means this is actually only a few hundred words. Each game it features also ends with an bullet point epilogue letting you know if the game was released for alternative machines in any better (and in some cases, even worse) versions.

If you think of each game review as a "chapter", there are twenty chapters, and a small number of interviews with Youtubers who regularly create game-related content slipped between the chapters like booky Easter Eggs. Most chapters are written by the author, apart from the one decrying Mastertronic's Los Angeles Swat (Amstrad CPC) which is written by "Guru" Larry Bundy Jr, the man behind the beloved "Fact Hunt" series of videos which pop up on YouTube on practically every search for retro games.

Now, with the Internet (and especially Amazon) awash with reviews of bad games, and with characters such as The Angry Videogame Nerd practically rupturing his spleen talking people through games like Big Rigs, you may wonder if there's really a market for a full-price book of reviews. In my opinion (and it is only an opinion), reviews of bad games succeed or fail solely based on the author's real (or perceived) indignant loathing of the item in question. As an example, I regularly re-read the reviews which Richard Cobbett wrote about Granny's Garden (http://www.pcgamer.com/crap-shoot-grannys-garden/) and Hopkins FBI (http://www.pcgamer.com/crap-shoot-hopkins-fbi/) and they never fail to have me laughing so hard that my girlfriend quickly retrieves my medication before I do myself a serious injury.

The comedic over-exaggeration of the flaws of an average game, as present in those free reviews, personally tickled me more than this book's blow-by-blow accounts decrying every terrible factor of terrible old games I'd never heard of. That's not to say I didn't laugh - I did. Humour and vitriol are certainly there (For example, "The animation is beyond laughable, to the extent that you begin to wonder if the movements were designed by a primitive computer that had human motion explained to it by a semi-comatose drunkard"). I just didn't laugh as hard as I do when reading about Hopkins FBI, or watching Larry Bundy Jr's Youtube videos.

That criticism aside, this is a very good book for anyone who plays or collects videogames with not a spelling or grammar fluff in sight. There seems to be at least one review of one terrible game for every machine format on sale between 1980 and 1995. Considering this period was my golden age of gaming, I'd actually already played four of the games it thought I'd never have heard of. In reading these particular chapters, I even had the slight feeling that letting the world at large know just how bad these games were actually righted some decades old injustice.

The book is available via Amazon and was originally crowdfunded via https://unbound.com/books. Unbound is currently is seeking to raise additional pledges for a book on The Secret History of Mac Gaming.