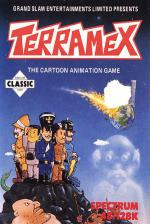 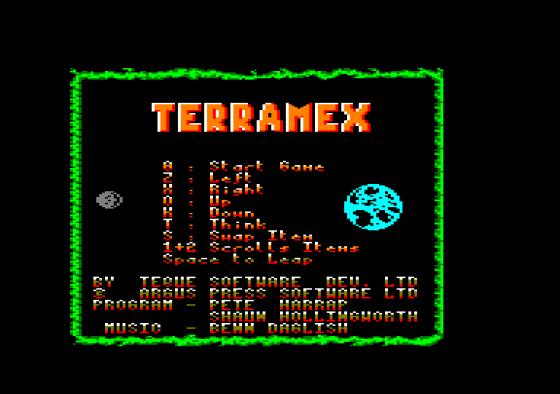 There's a touch of the phoenix about Argus and its associated labels these days. Since the management buy-out, they've put out the excellent Hunt For Red October and Terramex.

For my money, Red October is by far the superior game. Terramex, however pretty it may look on the ST and Amiga, is perhaps a little run of the mill in the originality stakes. But it will reinforce revival prospects.

What we have here is an humorous arcade adventure inclcing the search for an elusive scientist who has the power to save the world from an untimely date with a meteor. 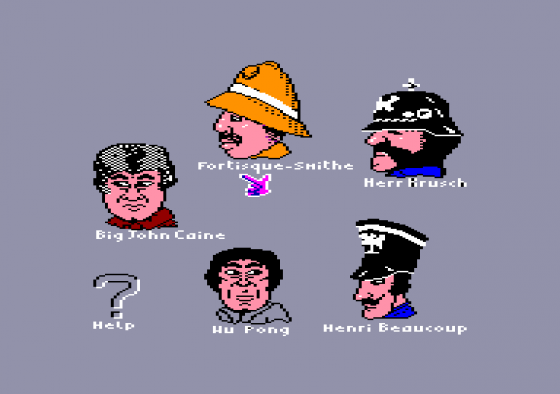 The scientist, Dr. Albert Eyestrain, had predicted this disaster but was greeted with scorn. In a huff, Eyestrain disappeared.

You play the part of one of the five explorers who must find the missing doctor. The game is in two parts, the first of which centres on the search for the Eyestrain, and the second finding the parts of the Positronic Asteroid Deflector. 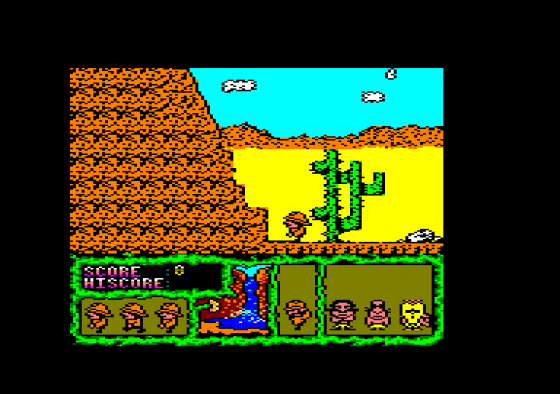 The many objects and useful items which are scattered around the playing area can be used to great effect by all of the explorers. But there are certain items which will be of particular use to various nationalities.

For example, Wu Pong, the Japanese guy, will find the camera and flashgun helpful. I think you can use it for stunning rock-snakes. And Wilbur Fortisque-Smithe could find the cricket ball helpful. What more useful item for an Englishman, eh?

The graphics on the 16-bit machines are excellent. There are also nice touches to the gameplay. For example, if you character is asked to carry out a dangerous jump, he shakes his head. But stick with it and he'll eventually jump.

Your explorer is accompanied by native bearers who carry all the objects and items found.

Not the most original game but let's hope it's a portent of good games to come from Argus/Quicksilva.

Not the most original game but let's hope it's a portent of good games to come from Argus/Quicksilva.