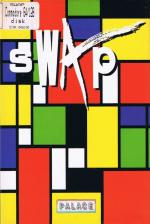 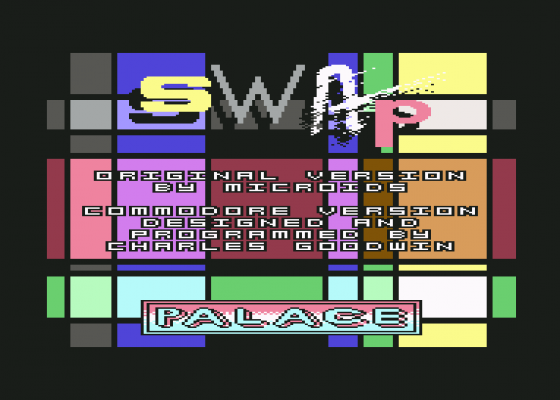 This must be one of the simplest games to learn how to play, and yet it's fiendishly puzzling. On each single-screen level you're presented with a mosaic of multi-coloured tiles. Moving the on-screen pointer between two adjoining tiles and pressing fire causes them to swap places. If two or more like-coloured pieces end up next to each other, they are both destroyed. The aim, of course, is to clear the entire screen. However, even if you can't manage to achieve this, you can still progress onto the next level by destroying a set number of tiles.

Do very well and you could skip several levels, depending on the game's assessment of your playing ability. This is affected by how many swaps you made and also whether you used any of the special features available.

Before each new level, a set of icons reveals what shape and of how many different colours (from two to six) the tiles will be, plus what special features will be active. With the Practice option you can alter these to create your own custom level. 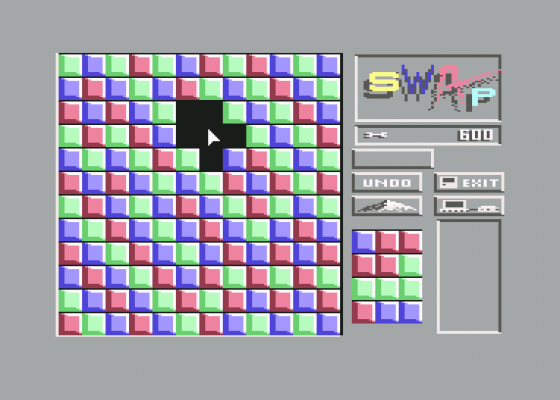 As with most puzzle games, I thoroughly enjoyed playing Swap. Its design is ingenious; so simple and yet so fascinating. It's all too easy to accidentally separate individual tiles from the otehrs, and so not be able to destroy them.

A lot of forward-planning is required, and clearing a screen without using any special features is a difficult task, even on the early levels - the Undo function came in really handy for correcting my many mistakes. The challenge of progressing through the levels is kept interesting by the constant changing of shapes and features. Compulsive stuff for puzzle fans.

This game went from news announcement to preview to review in a matter of weeks, with programmer Charles Goodwin making very quick progress. Yet this version is, nevertheless, much better than the Amiga original with sharply defined, candy-attractive main graphics and some easy-to-understand icons. 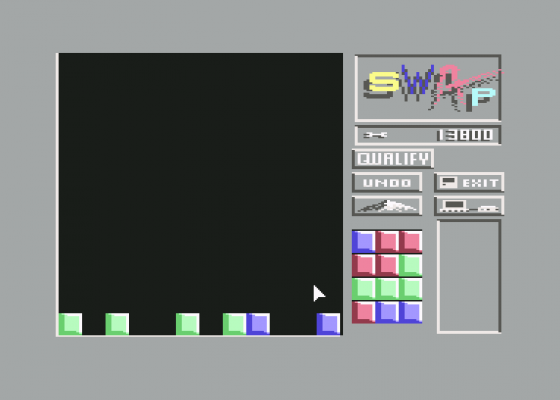 Playing the game is initially a little tough, if you just jump in and whizz around as if there's a time limit (when there usually isn't) you invariably end up with lots of leftover tiles.

If you take your time then you gradually get used to the patterns, and how to manipulate the tiles to best effect. The attractive graphics make progress satisfying, it's a very slick game to play, but it's also very much a puzzle game.

Instinct and guesswork isn't that useful, you need to think about it and that - unsurprisingly - put me off a bit. However, fans of Rubik's Cube will love this: all the practice options and 999 levels make for a great challenge. 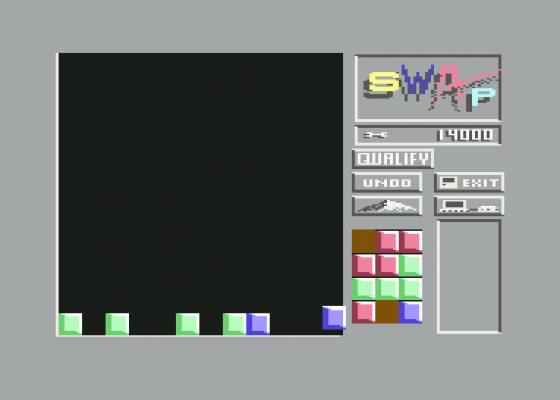 Noel Edmonds' Multi-coloured Swapshop was probably the first Saturday morning TV show to mix all the other chronic shows into one great, interlinked mess.

Do you remember Noel's condescending, patronising grin and awful 'multi-coloured ho-ho' jumpers? The idea was that loads of kids could phone in and swap their brand-new £50 Action Man playset for a burnt-out and completely useless remote control car (one of those you controlled via a discreet 12in wire).

Many happy afternoons were spent with irate parents clipping their kids round the ear and rushing off to recover treasured Chrimbo presents. Ah, those were the days... 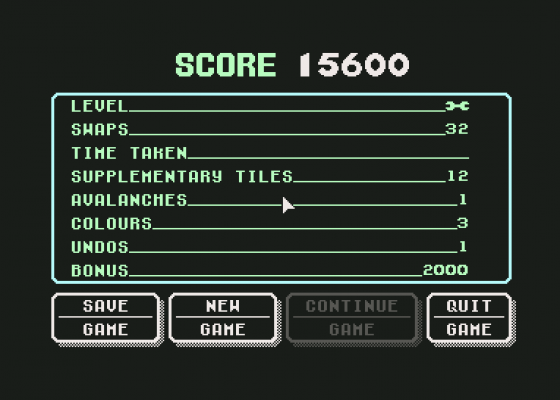 Presentation 81%
Save/load function, savable high score table. Practice option allows you to set up a custom level via friendly option icons. Levels are worked out mathematically so there's no multi-load.

Graphics 65%
Not exactly complicated, but they work well enough with solid-looking tiles and nice flip animation.

Overall 78%
Worth swapping your cash for. 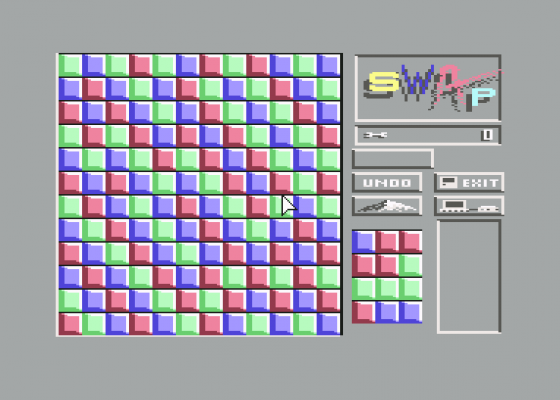 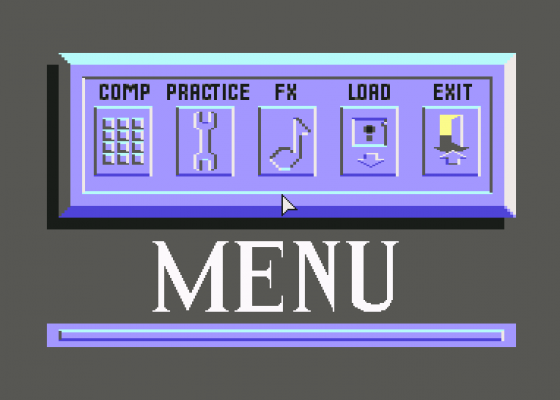