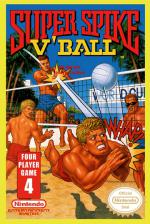 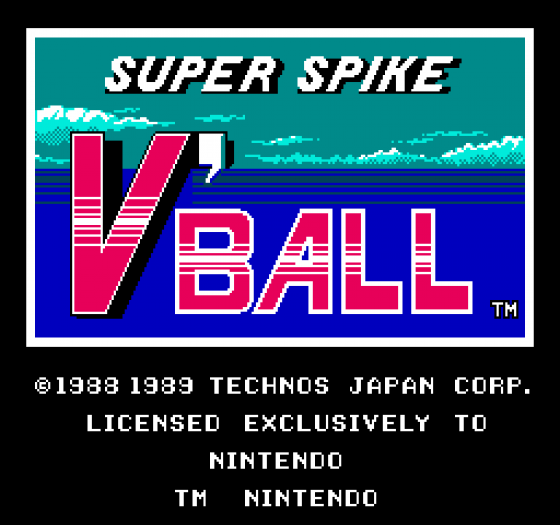 The world's favourite beach sport comes home with the advent of this spanking new Nintendo cart! Volleyball is best described as a sort of Tennis without the racquets, where the object is to keep the ball in the air for as long as possible. If it touches the ground in your half of the pitch you lose a point. If it reaches terra firma in the opponent's half then you gain a point. The first team to possess 15 points is deemed the winner.

There are four pairs of bronzed hunks that the player can control for the duration of your volleyball-related antics. Each pair have their own strengths and weaknesses. On the character select screen, the players boast about what they're good at, somehow neglecting to mention the aspects of the game at which they're not so hot. 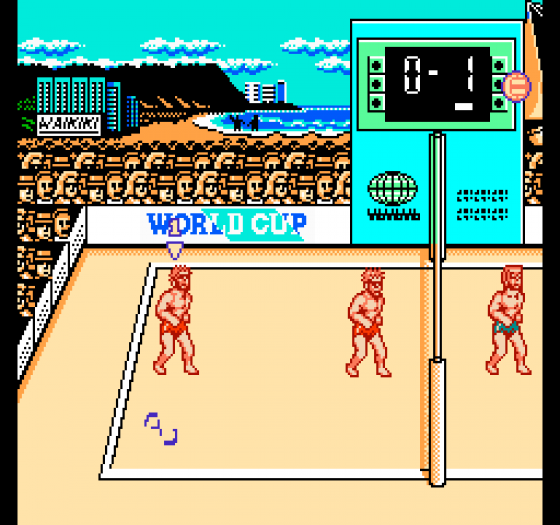 Here's a guide to each:

1. Al Partner: John Comments: Spiking the ball back into the air is this couple's speciality. This is good for both defence (recovering the ball from a nasty attack) and attack (positioning the ball for a lethal shot).

2. George Partner: Murphy Comments: George and Murphy claim they're brill at everything vaguely related with volleyball. The truth of the matter is they're a very average team, not excelling at anything in particular. 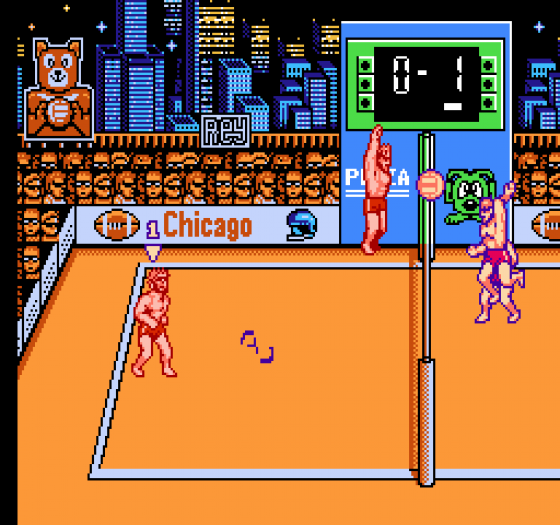 3. Billy Partner: Jimmy Comments: The Double Dragons strike back! Unfortunately, they choose not to kick in the opposition in this gamem. Instead they play a very strong defensive game, which is just as well as there aren't any bonus points for making your opponents eat knuckle.

4. Ed Partner: Michael Comments: Ed and Michael pride themselves on their speed. This doesn't just mean their running speed, but the velocity of their shots too. Watch out!

There are three different types of match that players can participate in. An exercise game is just that, the opportunity to hone your skills before you enter a tournament proper. There are two types of tournament on offer. The American Circuit takes our volleyball aces through a season of volleyball starting off at Daytona. The World Cup pits our beach-loving heroes against skillful players from around the globe, in pursuit of the World Cup itself! 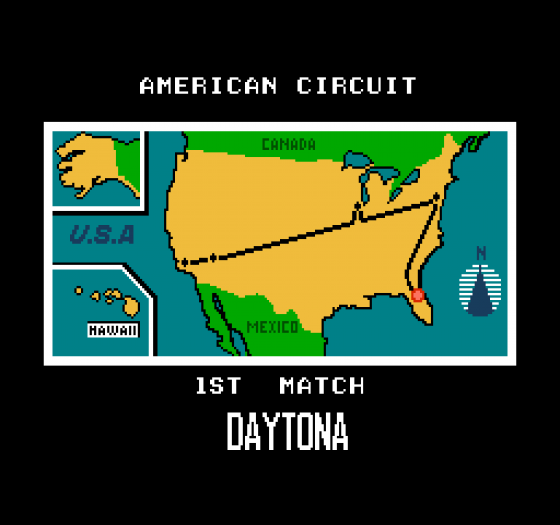 There are plenty of moves available to each player. When the ball sails over the net into your half the first priority is get the ball back into the air. A quick "dig" underneath the ball is enough to achieve this. This enables the second player to position the ball (or just volley it straight over).

The first player is then given the opportunity to place the shot, and depending on the position you move the joypad, the landing area of the ball is determined. This means that different shots can be attempted from the "wham-it-right-to-the-back" shot to the "sneak-it-cunningly-just-over-the-net" effort.

Super Spike Volleyabll is a very simple game to get into, but it takes quite a while to fully master the control method. All sorts of shots and dives can be attempted and the athleticism of some of the characters is unbelievable. 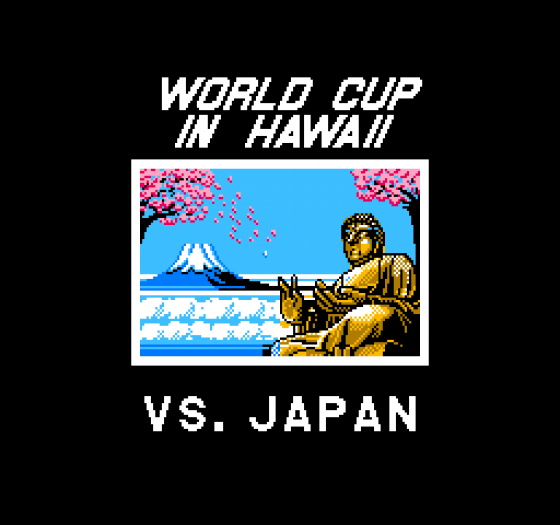 It reminds me of Blades Of Steel in that the game itself is very simple, but there are loads of options plastered on top of the game to make it last that much longer. The idea of having four different teams to choose from is a good one and helps suit your style of play.

The graphics are fine, although the backdrops don't significantly change between each level. The sprites are large and well-animated and the sound consists of a few decent tunes and some nice sound effects (the crowd noise is pretty good). With two, three of four players participating, Super Spike Volleyball is a whole different ball game.

I'd recommend this to anyone after an all-round good game. 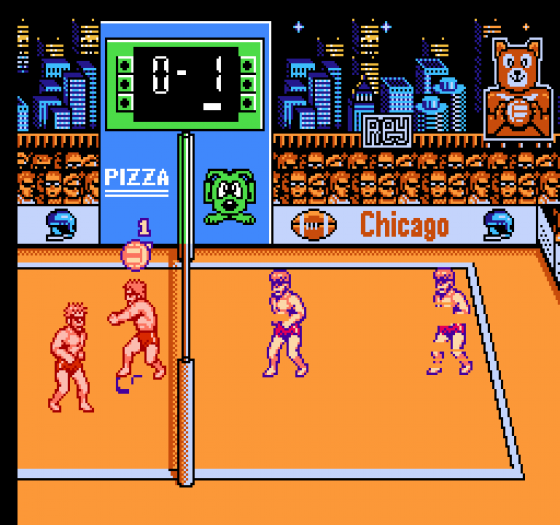 I'm not really a volleyball fan, and didn't think that this would make for a particularly exciting or interesting game.

How wrong i was. Super Spike Volleyball offers plenty of thrills and spills! The presentation is superb, with a huge variety of options that let you tailor the game to suit your requirements, and loads of computer teams to challenge you.

The graphics and sound are also great, but where this scores highest is in the playability. The control method is fairly easy to master and there are a huge variety of moves available, meaning that novices can easily get into the game, but there's plenty of opportunity for experts to develop wicked playing strategies! 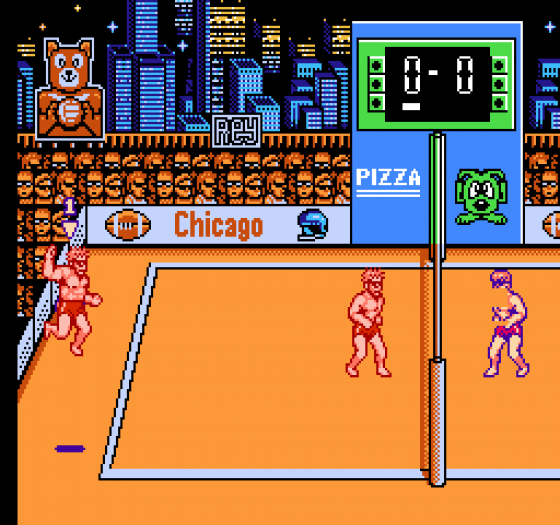 Although it's a challenging and enjoyable game with one player, like all sports simulations, the game is best appreciated when two players (or even three or four if you have a Four Score adaptor) are participating simultaneously! A must for sports fans.

Presentation 92%
Loads of screens to wade through and a myraid of options.

Playability 87%
It's easy to pick up and play, and gives instant enjoyment.

Lastability 83%
Two, three and four player options are the icing on the Lastability Cake.

Overall 83%
An excellent NES sports game well worth the money. Check it out.

An excellent NES sports game well worth the money. Check it out. 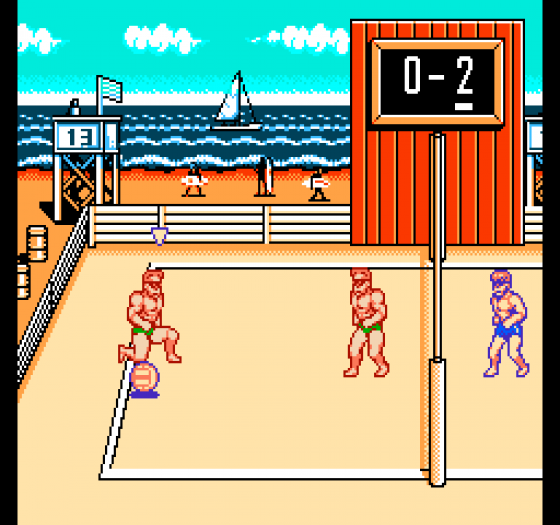 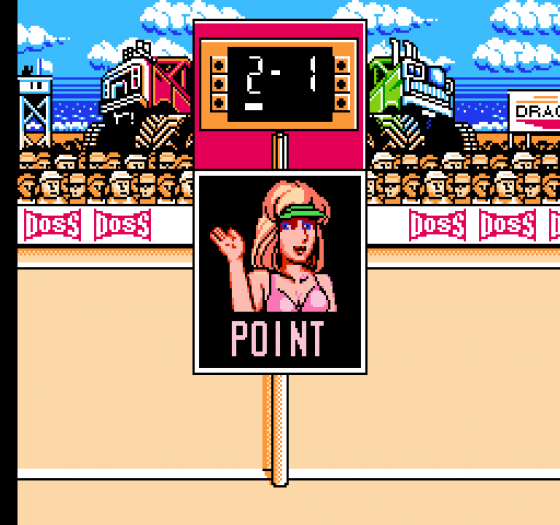 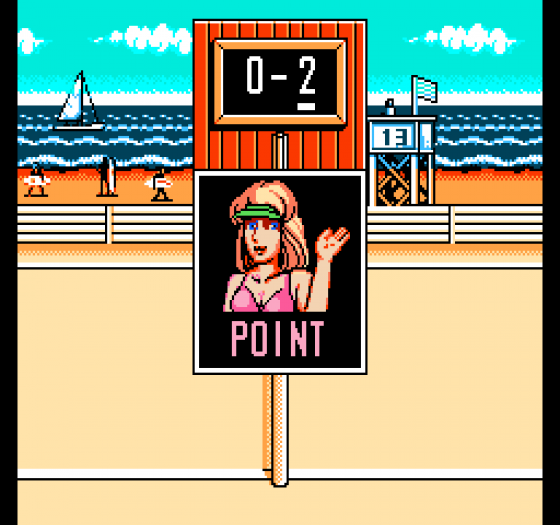