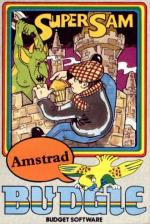 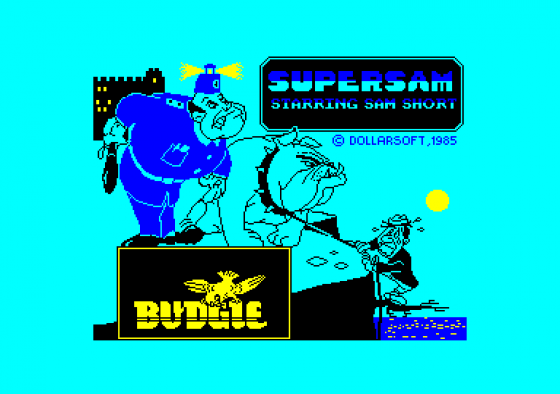 Alligata are the latest software house to move into the budget software market with a new animal label called Budgie. The first release is a 60 room exploration game where you have to find the 18 pieces of a cage.

Each location is in 3D although the graphics are simple and lacking much fine detail. Sam can wander around screens where they like, but Sam has to watch out for the nasties, potholes and the various door-ways and ladders that will lead him to new rooms.

The red pieces of cage are strewn all over the 60 rooms, hidden in corners or small locations. Sam picks them up by just walking over them and if he manages to get all 18 he can catch Boris. Who Boris is is anybody's guess! 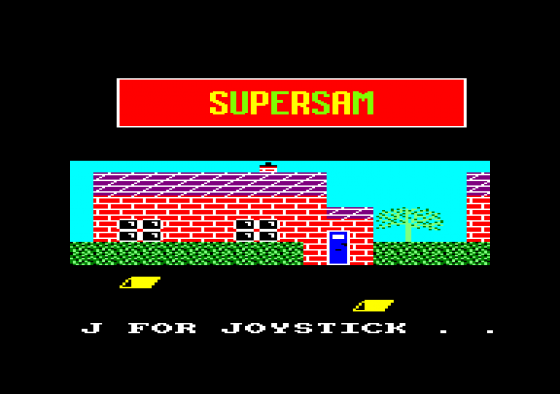 Connections between rooms are made through doorways, ladders and what looks like a subway tunnel. Sam just has to walk into these and you flick to the next screen. The only openings to avoid are the potholes which are square holes in the floor. These will drop you into a watery grave, losing one of your three lives.

The creatures which are on many screens will sap your strength if they touch you and you have no means of destroying them. If energy reaches zero that also loses one of Sam's lives. The only way to defend yourself against creatures is to walk over a syringe which gives you a period of immunity. A clock counts quickly down from 1,000 and during this time you can touch any beasts at all without harm.

The action is accompanied by some reasonable music as Sam trundles his way around but the graphics aren't likely to thrill. The game is really just a run around collecting objects' and isn't up to the standard of Mastertronic's latest cheapies. But it may still provide some interest.

Not only is the identity of the evil Boris unknown, you aren't even told who Sam is and why he's involved in this game. He's fat, bearded and appears to be wearing a turban, evidence which leads me to think he maybe an Oriental gentleman. Hence, perhaps, the mystery. The game itself is nothing to get excited about.

P. The price.
P. 60 screens.
P. The syringes were a cute idea (must contain penicillin).

N. Gameplay is limited to just running about.
N. Graphics aren't very detailed.
N. Little original thought.
N. Not always clear when you will or won't fall down a pothole.

60 screens and the syringes are a cute idea... but the game itself is nothing to get excited about. 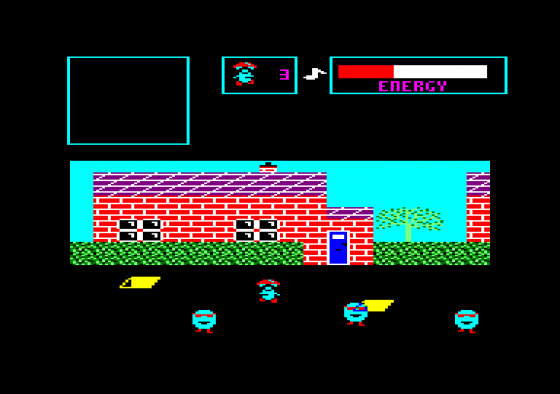 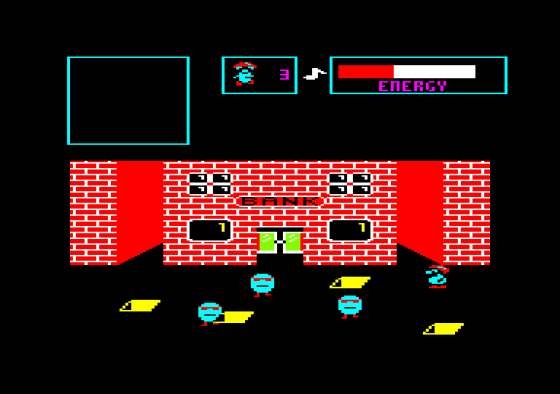