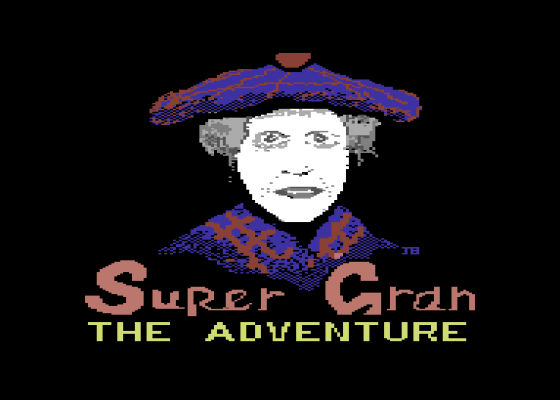 I was mildly amused by the title Brian Howarth and Mike Woodruff have given their new Adventure International game. Isn't Super Gran from a children's television programme? Once I'd discovered that it was (put out on the ether by those who dwell up near the northern border), and that the game is also for children, I thought it fitting to place it in the hands of an elf who happens to be staying in my castle so that she might play with it and afterwards apprise me of her opinion on its merits.

After about ten minutes she came looking very annoyed and complained bitterly that it only had three locations. At this tearful outburst I thought I'd better take a hand in its viewing myself and when I tried playing it I found the child was apparently not lying.

However, as an experienced Wizard, it occurred to me, as it might to you dear reader, that surely there must be more to this than met the eye - something must be behind this small exterior? Not wanting that young female Super Gran to get the better of me, I set to work. 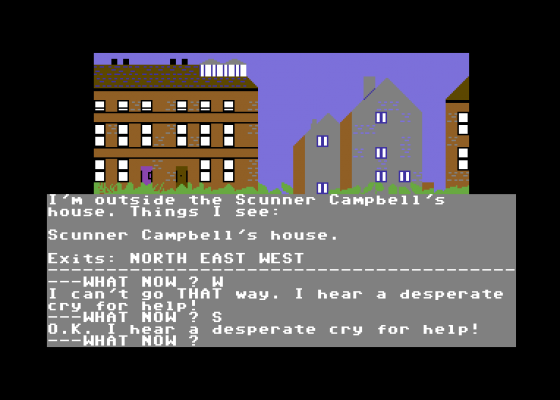 First I took a good look around and found myself on a field. I'm no expert at these minor activities, but I recognised it for a football pitch. As nothing much seemed to be happening, I got rather vicious with a football and some goalposts. This luckily paid off and within a few very frustrating minutes, I was off into the higher part of the adventure. After playing for a bit longer and four locations later, I was back at the start. What am I supposed to do? On trying to get back into the higher part of the adventure I died without much of an explanation!

After a couple more plays I have decided that this is one of the most disappointing of Brian Howarth's releases. The vocabulary is extraordinarily limited indeed, and the responses exceedingly unhelpful. On standing on the football pitch I am told YOU SEE SOME GOALPOSTS. Like most keen adventurers, I am accustomed to divining the meaning behind the most ordinary of objects as well as the odd, so I asked to EXAMINE GOALPOSTS, only to be told I couldn't because THEY AREN'T HERE. This is plainly silly, either they are or they are not here. Still, it's always best to test a hypothesis is some physical manner, and the game evidently agreed in as much as it then allowed me to kick them and collect the crossbar resultingly knocked off by my aggression!

The graphics are not very good at all, and although they might be considered by an adult good enough to convince a little child, my elven friend felt slighted by their inadequacy. Speaking of which, if this is an adventure for children, then I don't think many will get past the first three locations. The puzzles involved are a bit too obscure for your average Wizard, let alone your average youngster, it gave me enough problems!

The vocabulary is extraordinarily limited indeed, and the responses exceedingly unhelpful... What am I supposed to do?! 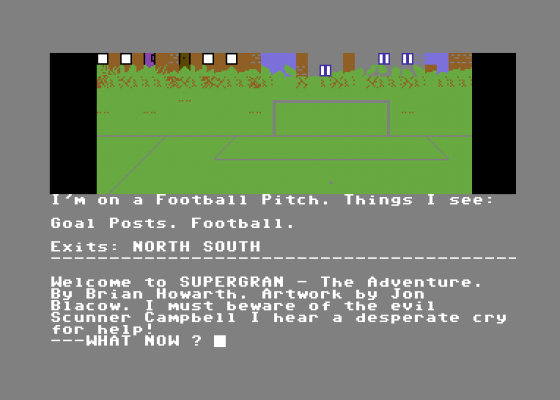 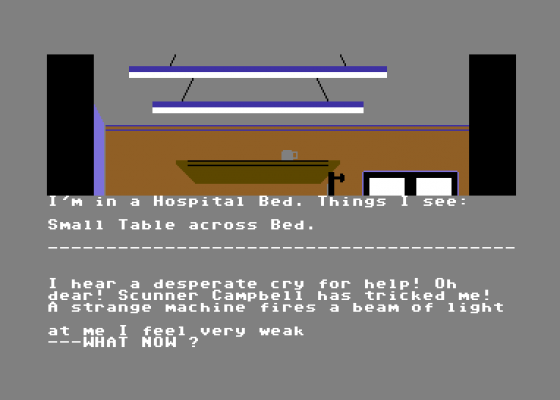