Super Fighter, eh? Three smart games, or what? Linda Barker puts on her combat trousers and gets in on the act...

Super Fighter. The image that immediately springs to mind is of a box packed with some of the best fighting games ever to grace our humble monitors. Games in which you do battle against the forces of evil in a sometimes suicidal bid to uphold the forces of good and truth. Instead we are faced with Pit-Fighter - a game based on an illegal and incredibly bloody so-called sport; Final Fight - a clone of hundreds of other walking-along-a-street-and-killing-everyone-you see games; and WWF Wrestle Mania - a hurl and pin fest for today's less bloodthirsty youth. Hmmm...

Let's start with the worst, then things can only get better. [You're hopeful, aren't you? - Ed] Pit-fighting, apparently, is the "world's favourite illegal sport" involving blood, guts, obligatory foul play and almost certain death. This decidedly unattractive plot is coupled with an equally unattractive control system. So not only do you get your brains kicked out of your head, but it's nevertheless blimmin' difficult to do the same to your opponent

You have the choice of three characters, each one as unsavoury as the other. Ty is an agile kickboxer who can perform the interesting-sounding move known as the roundhouse. Kato is a speedy and experienced karate blackbelt who can combo punch and used to be a wrestler.

As soon as you walk out into the pit, the trouble starts. The graphics are appalling; the character sprites are more like badly animated line drawings and then there's the gameplay. It's crap. Basically.

This one's a bit better, with big, blocky characters and loads of colour. Again, there's a choice of three players - 37 year old ninjitsu aficionado Guy; 35 year old Cody, who's good with knives, and 50 year old ex-champion wrestler, Haggar. I don't know why we're told their ages. (There's probably some point in all this that I'm completely missing!)

Anyway, you choose a fighter and go out into the street, you kill anyone who passes you, and pick up any hamburgers and weapons. The control method here is the best to be found in all three games. It's easy to play and you can work out how to perform your special moves without too much trouble.

The thing is, it's all a bit too easy. Within seconds of starting your morning constitutional, you'll have killed about three trillion baddies, eaten seventy five hamburgers and collected enough instruments of assault to equip the army of a middle-sized country. Not only that, the graphics, although colourful, are a bit too blocky to be convincing. 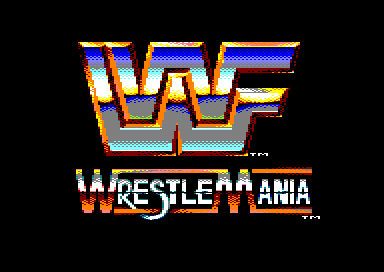 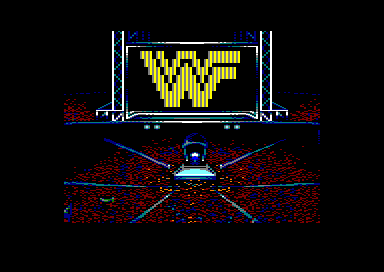 The best of the Super Fighter lot is WWF Wrestle Mania. When it first appeared, this was one of the best wrestling games that had been seen in a while. Since that time, we've had Zeppelin's Tag Team Wrestling which was actually a bit better.

Just as in the previous two games, there's three characters to choose from, each with their own special move - Hulk Hogan, Ultimate Warrior and the British Bulldog. Whichever tightly-corseted hero you choose, you'll have to face five very nasty and incredibly evil opponents. The idea is to pin the nasties to the floor, and to make sure that they really suffer. The graphics are nice and clear with little colour clash and the gameplay is easy to get into - for a while. Unfortunately, WWF Wrestle Mania hasn't proved as enduring as was first hoped, but it's a nice little wrestling game and the only good thing about this compilation. It also sprints into second place in the Dream Team pack. Bit cheeky it's on both compilations, though!

In a compilation, one usually hopes for at least one good game. Unfortunately, WWF Wrestle Mania isn't good enough to make up for the awfulness of Final Fight and Pit-Fighter. Avoid like the plague. (Unless, of course, you happen to be partial to pus-filled boils under your armpits.)

Avoid the plague. Unfortunately, WWF Wrestle Mania isn't good enough to make up for the awfulness of Final Fight and Pit-Fighter.
Logout