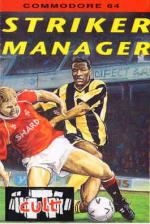 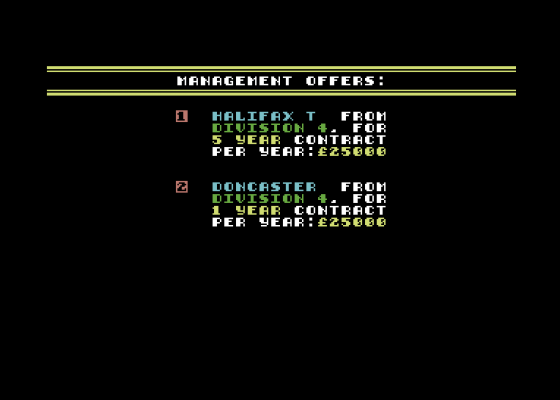 This is definitely the best of Cult's trio of footy games this month, with some decent options and stats. All the players in your Fourth Division squad, including you (as a player manager), have skill ratings for goalkeeping, defence, midfield and attack, as well as a fitness level.

By selecting Player Data, can get more detailed stats for each player including matches played, goals scored, disciplinary points (for bookings and sendings off - too many and he's suspended) and an aggression rating which can be altered. Furthermore, skills/fitness can be improved by using a limited weekly number of physio/coach credits.

Players can be put onto the transfer market, where you can choose whether to accept any offers. Of course, you can also buy players at a fixed price (no bidding) and even sign some up for free - even famous names like Bryan Robson! 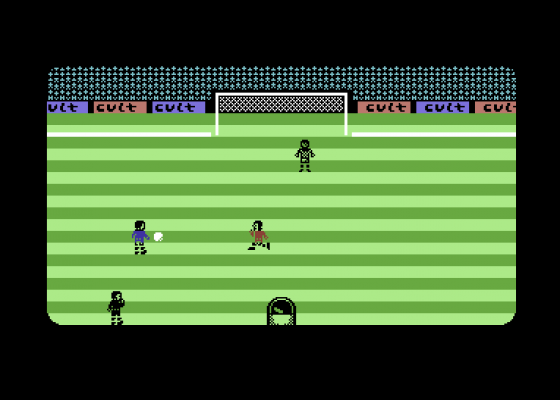 What players don't have is a set position, and there's sadly no formation selection. You can select any eleven players for your team with their skill ratings being totalled to determine the team's defence/midfield etc levels - the next opponents' ratings are shown alongside for easy reference. By selecting Opponent Facts you can also find out what sort of style they play and how aggressively, and use the Team Talk option to change your own playing style (open, draw or win).

Match representation is fairly good, giving you at least a general idea of how things are going. Coloured bars and messages indicate the team in possession and whether the ball's currently in their defence, midfield or attack. When a goal-scoring chance arises for either team, the scene switches to a crude but effective 3D display of the goalmouth action. If you personally are the player with the chance, you must press 'S' to shoot - stopping a swaying meter to determine the shot direction. If your team isn't doing well you can put up to two subs on at any time, and you get a chance to change your playing style with the half-time Team Talk.

This ability to do something during the match is very welcome and helps keep up the interest, as does the chance to eventually play in European competitions, move to a French/German/Italian team, or even manage a national side in the World Cup. Not bad.

Not bad. The ability to do something during the match is very welcome and helps keep up the interest. 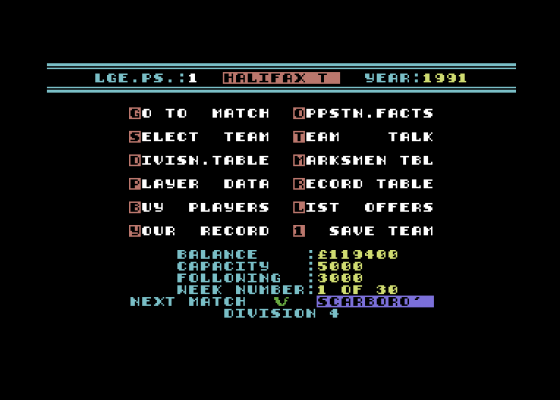 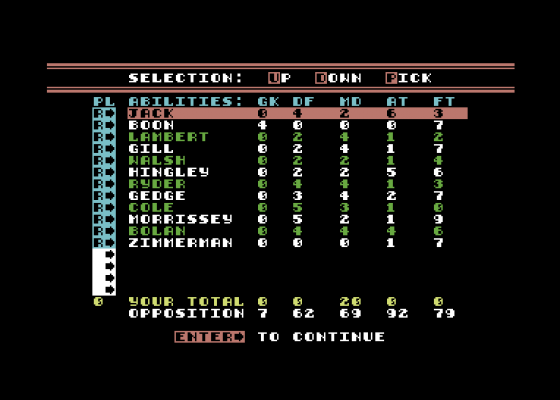 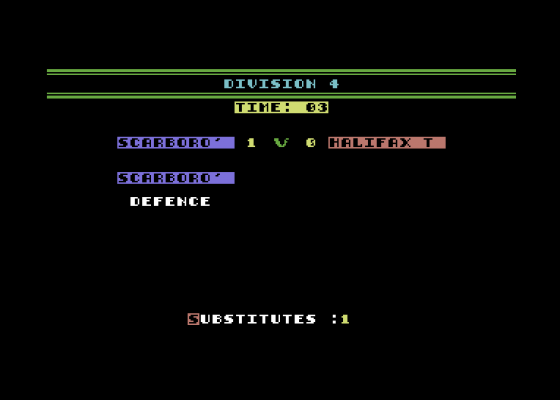