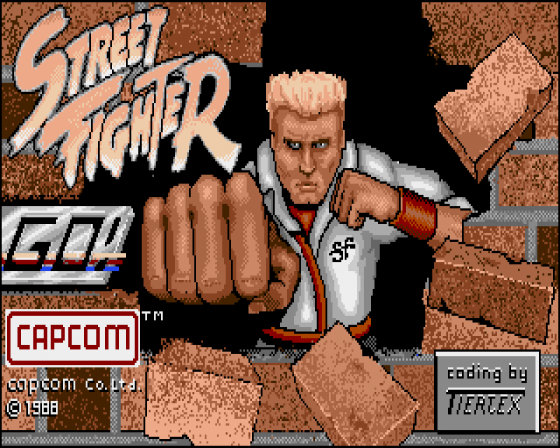 Hard is not the word for it. You're harder than very hard, you're even harder than the hardest that ever... erm... was really hard. You're so hard, in fact, that you've decided to prove it to the rest of the world. The meanest, nastiest, vilest street fighters of five different nations have agreed to take you on in one of the dirtiest, most underhand, no-holds-barred street fighting contests in the universe ever.

As Ryu, you take on ten well-hard geezers in locations ranging from a railway siding somewhere in America to a pagoda some place in Japan. These are not the sort of guys you'd like to meet on a dark night. Most of them haven't got any more elaborate weapons than their hands and feet but one or two have raided their piggybanks and come equipped with shurikens, bits of lead piping and even a pair of boxing gloves.

Each opponent is faced separately: whoever gains the best of three bouts is the winner. In two-player mode, Ryu and Ken (not Barbie's Ken, however) battle it out first to decide which one will take on the rest of the world. 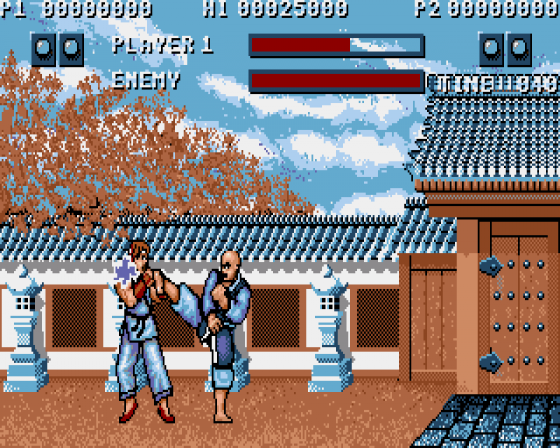 Just to show off even more you

I've just spent about half an hour playing Street Fighter and I still haven't worked off all my excess aggression. I mean, how can you work off *any* aggression when all your opponents are so easy to beat?

A couple of nifty ankle blows and all these supposedly rough, tough street fighters collapse in a pathetic heap at your feet. 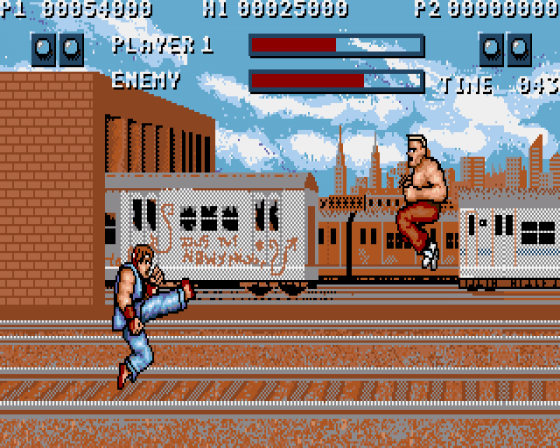 The two-player game might have increased the lastability quite a bit but as it's only a play-off between Ryu and Ken, it doesn't.

I could accuse Capcom of producing another one of those "pretty but totally unplayable" Amiga games but that wouldn't be true - all the graphics are fairly unremarkable and the sound isn't that much better.

So, if you want to work off all your stress and tension, forget about Street Fighter and play with your Action Man. 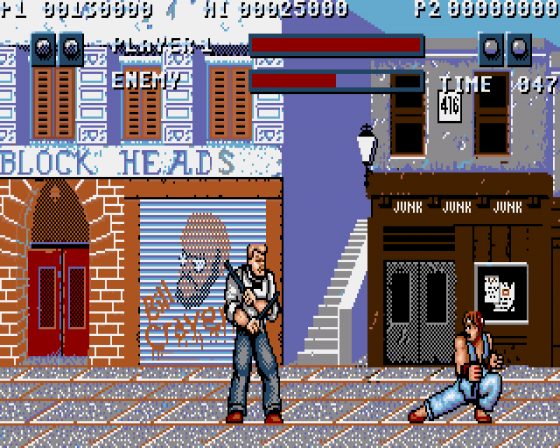 If this is a top-quality beat-'em-up then I'm a one-eyed Romanian greengrocer. Talk about easy! You don't even need to study the moves to be able to knock practically everyone out in under a minute.

Even the bonus section takes ages to react to your frantic pushing of the joystick - by which time your energy bar has gone back down to minimum (great). 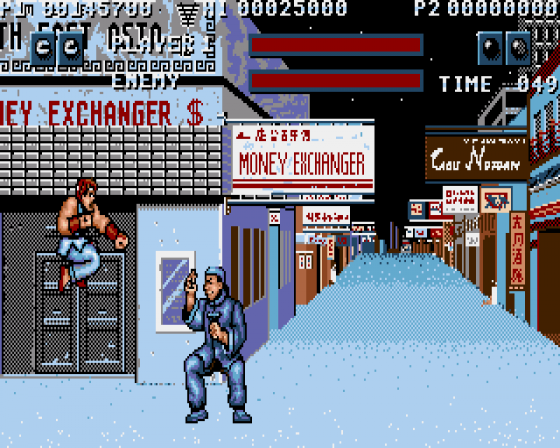 If you're after a beat-'em-up, leave this one lying on the shelf.

Presentation 27%
Option to start in any one of four countries, plus the odd message from your street fighting friends. No real two-player option though.

Hookability 39%
As you're beating everyone in sight you'll want to play it through it once...

So feeble that you really will be able to beat 'em all up - first go. 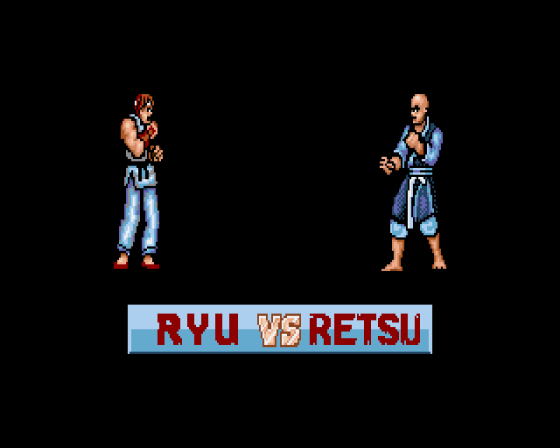 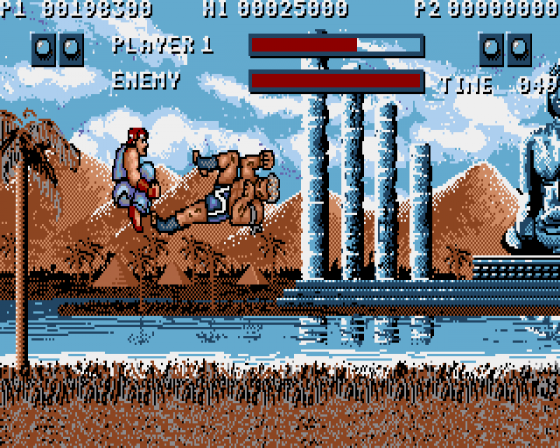 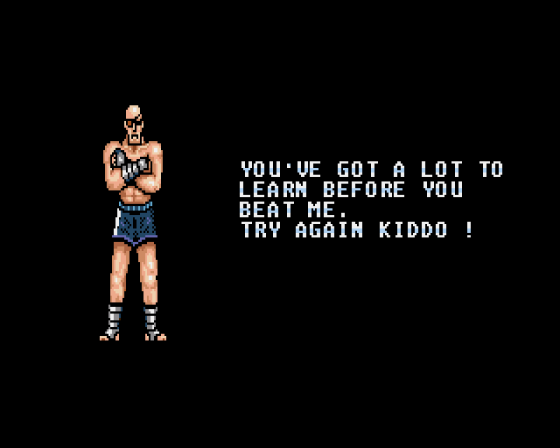 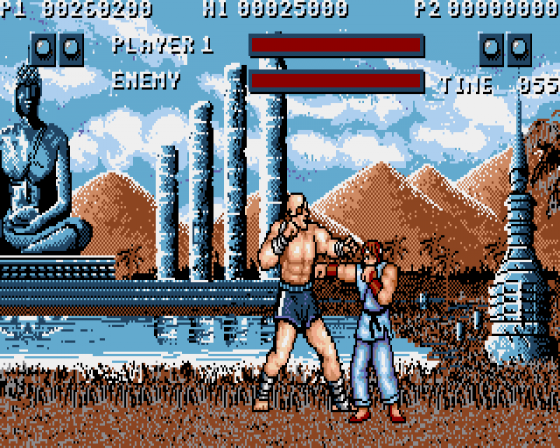 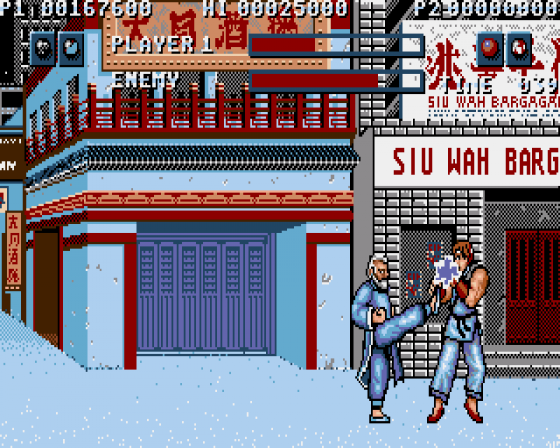