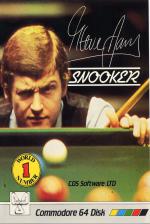 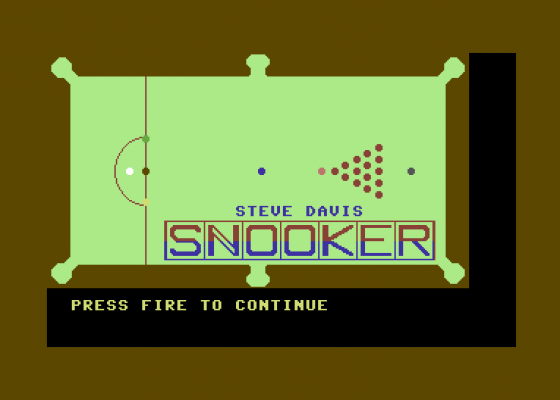 For a game as immensely popular as snooker, there have been surprisingly few attempts at bringing it to the C64. To date there is only one other snooker simulation on the C64 and that was released over a year ago by Visions. When Steve Davis Snooker first made its appearance on the Spectrum and Amstrad in February, it was widely acclaimed as the best of the genre. Now Commodore owners have the chance to see why for themselves.

The game follows all the rules of snooker closely, with fouls, free balls and so on. The table is viewed from above, with room for scores, comments etc below, but unlike other simulations of this ilk, Steve Davis makes use of icon driven commands. By moving the cursor off the side of the screen, the player can access three sets of options, depicted in pictorial form. The first is the Main menu from where you can select either a one or two player game, Steve Davis, alias the computer, filling the role of the second player if required. There is also a demo mode where Steve plays none other than... Steve Davis! Steve (sorry, the computer) has nine skill levels ranging from 'beginner' to 'expert', the latter allowing no room for error, as even a small slip can result in a complete clearance of the table!

Edit Mode allows you to change the colour of the table and cushions, and set up the table for trick shots etc. The balls can be moved about and placed anywhere on the table with the aid of a small hand, and can even be 'deleted' permanently. 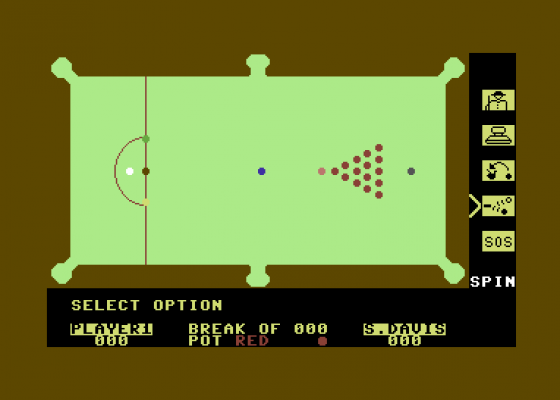 If at any point you should become confused as to what an icon does, you can always access a 'help' screen. This gives a brief summary of any commands available in the mode. Finally, Play Mode gets the ball rolling, literally!

To play a shot you simply indicate where the ball is to go and determine its spin and power. When going for a colour though, one needs to be nominated before going through this routine. Should you attain a sufficiently high break when playing, then you can enter your name in the high break table.

One of the biggest problems with a snooker, pool or billiards simulation on a computer, is getting a realistically smooth movement for all the balls in play and calculating each collision effect accurately so that the player can truly believe the game is a fair one! It seems odd to me that the Spectrum, which has a bigger problem in this respect than the C64, has been the computer with the most simulations of this game, some of them being very good indeed. I think CDS have improved on their Spectrum version of Steve Davis in all respects to make this the best ever simulation of the game. Its ease of use is likely to make it appeal even to people who are fed up of seeing snooker on the telly, and it doesn't seem overpriced for the hours of fun it offers. 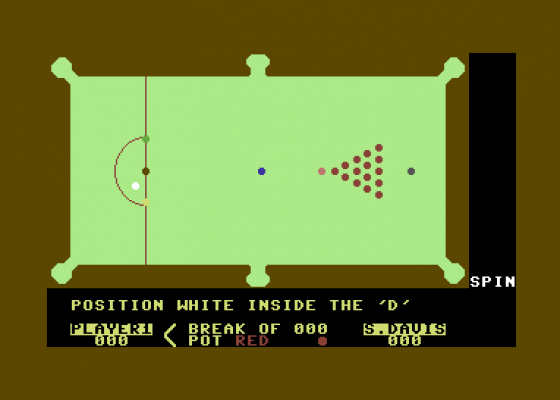 Preferring to watch snooker rather than play it on a computer, I didn't really take to this program but I can see that to a true fan of snooker this is the best. The graphics are pretty good, with everything moving smoothly, and the sound isn't too bad either (apart from the tune). Cue ball control is excellent and there's a load of options like variable spin and power, so you can gauge your shots to the finest degree. The computer is very challenging and on top level is practically unbeatable, providing a brilliant opponent to even the most seasoned of video snooker players.

This sort of game is a difficult one to bring to the home computer and perhaps this explains the lack of attempts at doing so. Steve Davis Snooker is the best version of the sport I have seen on the C64, with its excellent approach and options helping make it so. If you're a snooker fan or you want to try something different from your everyday shoot-'em-up, then this makes a worthy and refreshing change.

Presentation 90%
Easy to use icons and plenty of useful options. 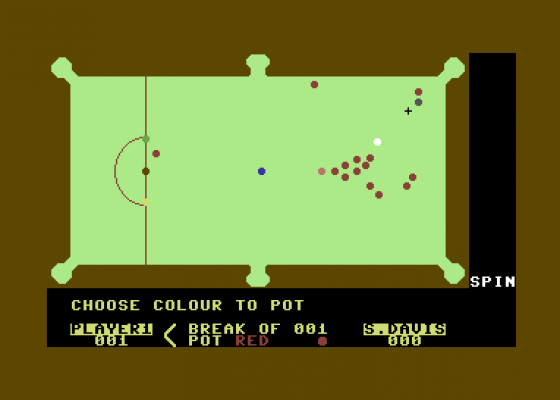 Hookability 78%
It's fun filling the pockets...

Value For Money 77%
A touch expensive but worth it if you like the sport.

A superlative snooker simulation; a touch flickery and a touch expensive but worth it if you like the sport. 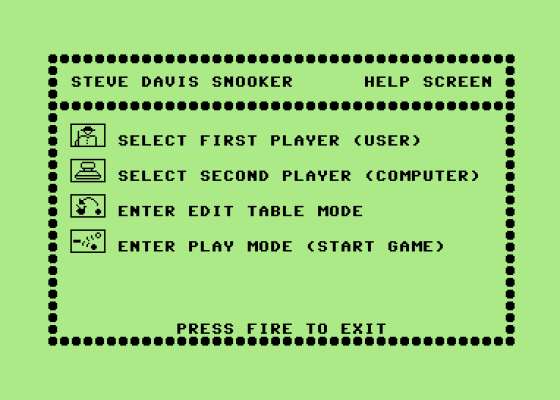 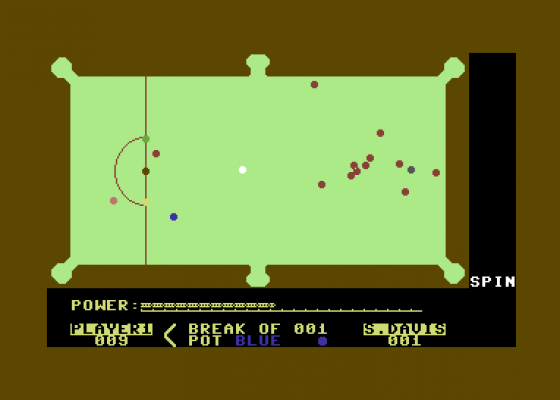 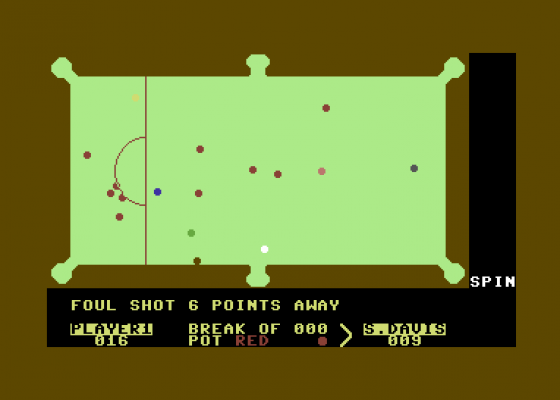 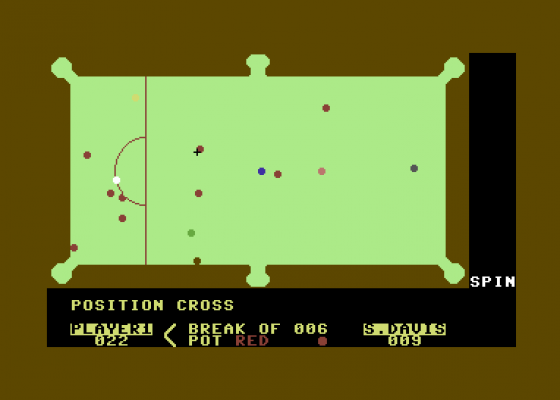