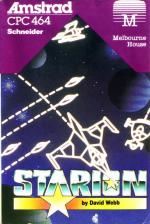 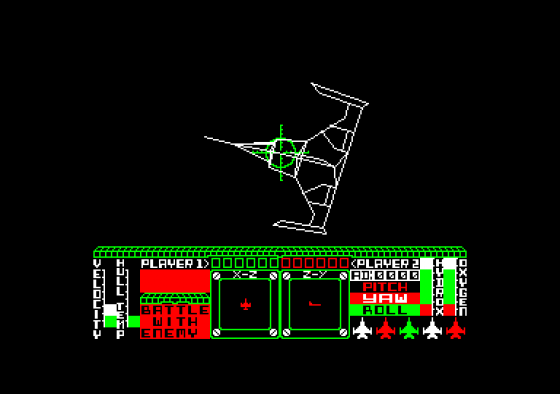 When Starion appeared on the Spectrum a few months ago, Elite was at the height of its, not inconsiderable, impact on society.

The introduction of a game with similar 3D graphical effects was lapped up with some relish by mega-game hungry Spectrum owners.

To re-cap on the game, you play the pilot of a time ship that must try and re-arrange history after the obligatory nasty aliens have tried to destroy time. 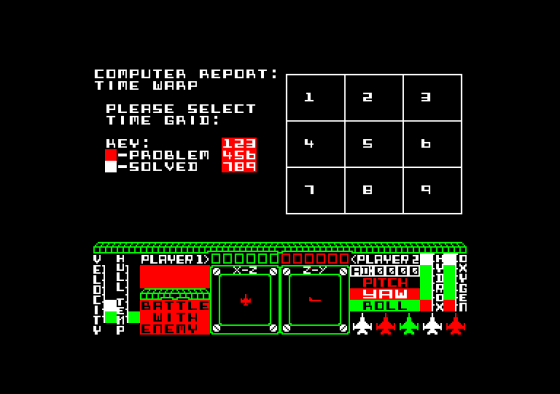 The way you accomplish this is via a one-to-one dogfight with a brilliantly drawn vector graphic space ship. After a successful fight, yoou can collect a letter; after a number of letters have been acquired you have to re-arrange them into the answer to a question in a certain time in history.

After nine have been done, you move onto the next nine, nine of these sets of nine moves you onto the next chunk, of which there are three. This means you end up doing 240+ puzzles.

Luckily there is a save mode, though the otherwise good manual does not mention this.

The battle sequences are very fast, though of course there is only one attacking ship on the screen at any one time, so less has to be kept track of. The instrumentation on the screen is adequate, but on the whole you can glean all the appropriate info at quite high speed.

Quite an impressive game that will take a lot of playing.

Quite an impressive game that will take a lot of playing. 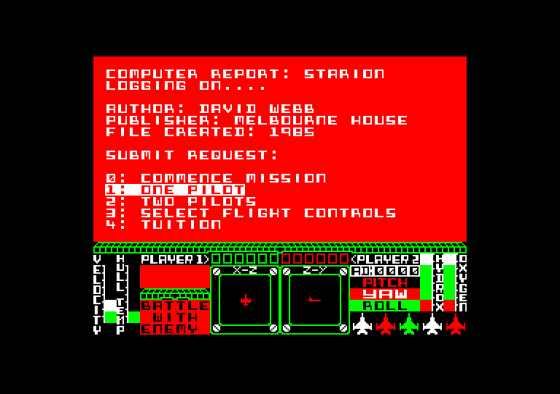 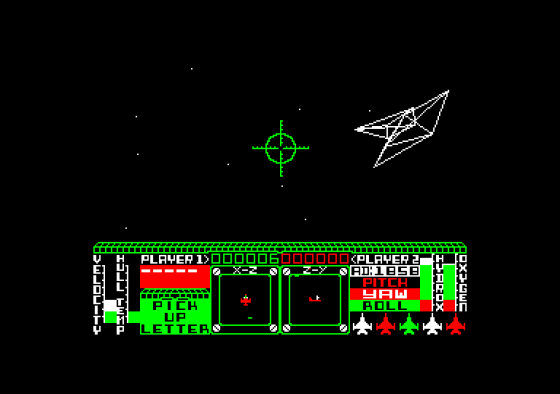