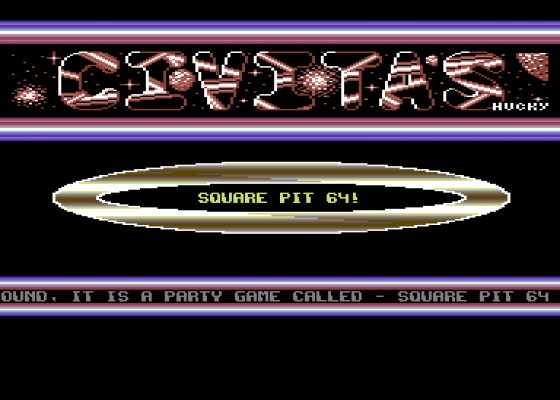 Richard Bayliss' second C64 offering in this issue of RGCD. Is there no stopping The New Dimension?

Richard Bayliss is a busy man. Not a month goes by without at least one C64 release from him *and* he's still working hard on Sub Hunter (which could arguably be his masterpiece). I don't quite know how he does it, but the C64 scene would be considerably less abundant with quality little games without him.

Square Pit 64 is labelled as the latest game from Civitas, and was released by the group at the 2007's Forever 8-Bit Multi-Scene Party, but for all intents and purposes it is actually a Richard Bayliss/TND game (after all, he coded it, drew the game graphics and created the music). Based on a recent Colecovision mini-game called 'Squares', the aim of Square Pit 64 is simple. Using a joystick in port two on a real C64 (or via your own controls using the excellent VICE emulator), the player must guide their white square around the inner box, collecting the credits whilst avoiding contact with the coloured red, yellow, green and blue squares. You start each game with nine lives, but the action is so fast-paced that unless you have super-human reactions you'll be down to your last life within a matter of minutes.

Richard has described Square Pit 64 as a party game - a term usually reserved for multiplayer titles - but I presume this is because of the score-attack 'twitch' game-play and due to the fact that it was released at a demo party. It's a very simple game, but equally playable. The graphics are functional (the intro by Hucky is particularly good), the music is the usual high-quality affair that you'd expect from one of Richard's releases and the controls are very responsive. The only flaw is that after you've played the game for a while you've really seen all it has to offer and there's nothing to pull you back apart from the turbo-paced game-play.

To sum it up, Square Pit 64 is a solid and slickly presented C64 release. However, with a little more work it could have been a real blast - but that would have meant less time spent on Richard's Sub Hunter project (a game that we are eagerly anticipating at RGCD).

Solid and slickly presented... The only flaw is that, after you've played for a while, you've really seen all it has to offer. 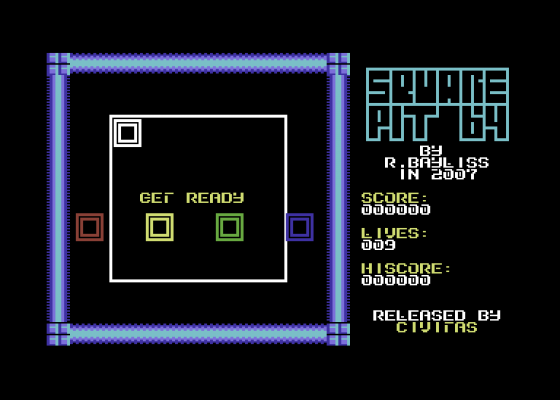 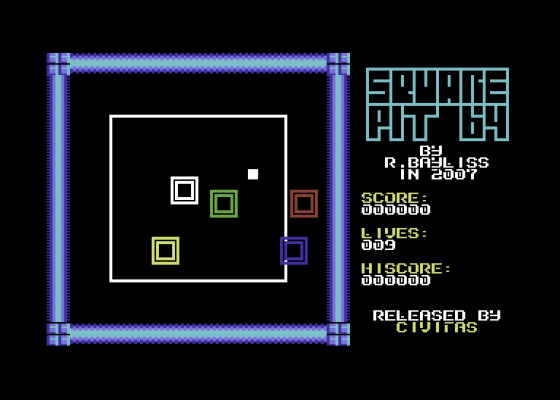 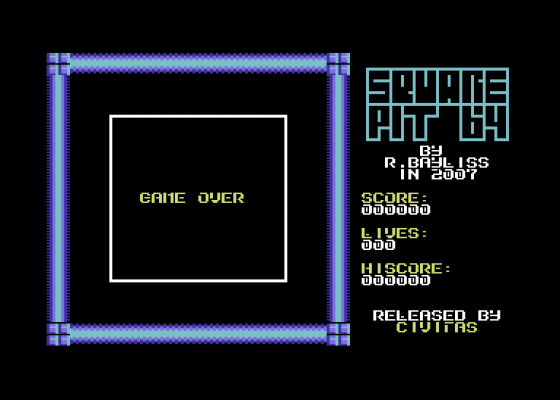