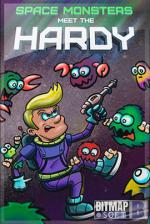 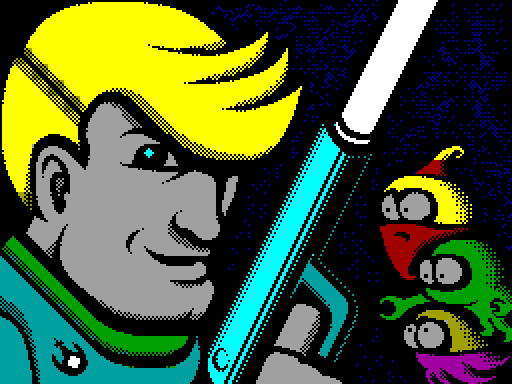 We have all the time in the world... Oh no, we don't actually. We have no time at all. 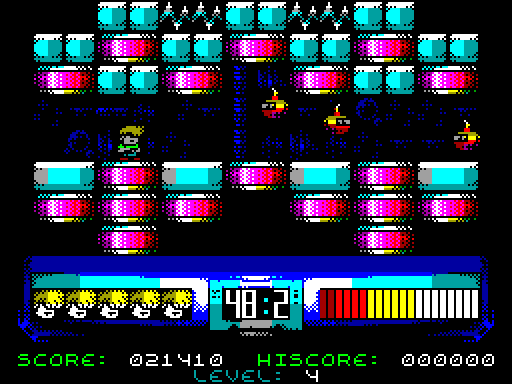 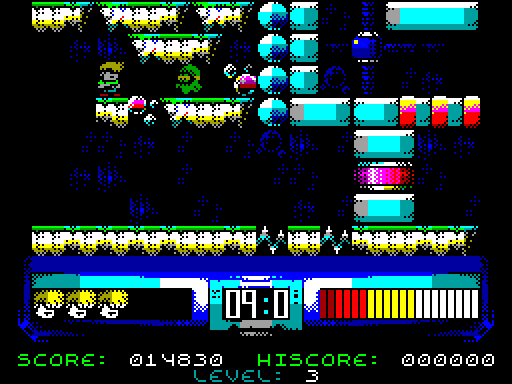 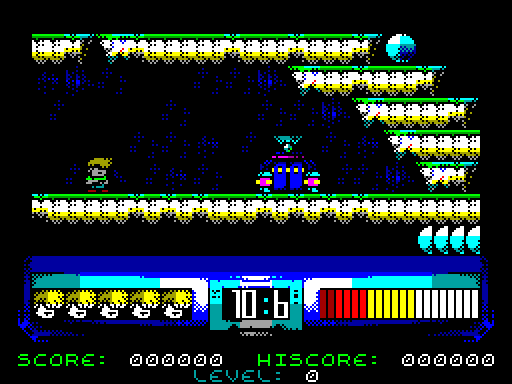 When you get hold of a new platform game to review, it typically falls immediately into one of two categories. The first one is the "Yeah, whatever, this doesn't do anything different" category. The second is the "Hey, this is really enjoyable and is different enough to keep me playing". Space Monsters Meet The Hardy is in the second category, a super-fast, cute, bouncy flick-screen run and gun game. It is a speedrunner's delight.

I was around in that era of magazines which featured cover disks (the mid Nineties when the most popular machines were the Atari ST and the Amiga 500) and this game immediately put me in mind of the little Public Domain gems that publishers used to squeeze onto the spare space on them. 'The Hardy' is, I presume, you, and the Space Monsters are the litany of patrolling nasties which can be despatched with a few blasts from your firearm. Some of them can also be offed by jumping on their heads, Super Mario style.

It's the timer, however, that's your most pressing nemesis. The game is divided into stages, and you must barrel across the screens, finding the keypass and then discovering the door to the next stage. If you find the door first, you'll have to double-back, and with time limits as low as fifteen seconds on some stages, any hesitation can prove fatal. Hell, the only time you can even take a breath is between stages where you get a quick statistics screen and press a key to continue.

Obviously there's a not a lot of depth to Space Monsters Meet The Hardy but then there doesn't really need to be. It all hangs together the way it should and it's one of those games that just 'works'. Graphics and music are great and it will appeal to a reasonably wide audience. My only quibble is that there's something of a lack of instructions. On some screens you see your energy level falling when you haven't actually collided with a baddy and, until you work out the game's mechanics by trial and error, you're not sure why. This is an annoying feature of an otherwise well put together platformer. Still well worth playing though.

In addition, it's one of those satisfying games where you really punch the air when you finally manage to get through another stage!

Limited stocks of a physical version of Space Monsters Meet The Hardy are available from Bitmapsoft.