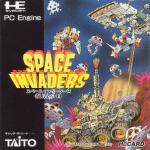 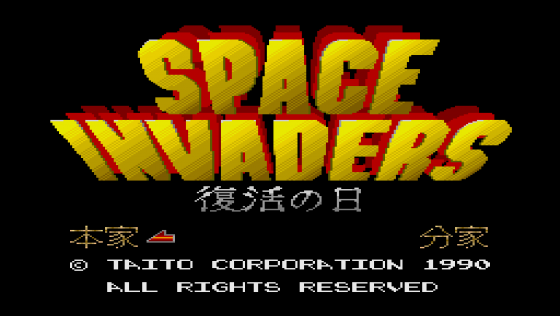 If you were one of the brave few who cut their video gaming teeth on the very first shoot-'em-up video game back in 1979, youo should find Taito's conversion of their own Original brings back a few wistful memories.

In this day and age though, it would be presumptuous of Taito to expect a game of Space Invaders (even this absolutely spot-on conversion) to sell in a market full of shoot-'em-ups like Gunhed. So, the cartridge also carries a heavily souped-up version of the game with prettier graphics, extra weapons, but fundamentally the same gameplay (which I hope I can assume you'll be familiar with).

In the new version, Space Invaders Plus ("Space Invaders: Fukkatsu no Hi"), the laser base has been replaced with a tank or a spacecraft, and shooting the mothership which occasionally scoots across the top of the screen releases one of a bizarre range of extra weapons, from homing beams to a sort of windscreen-wiper laser. The invaders remain much the same as ever, marching back and forth across the screen in strict formation, though some of the more advanced ones have learned to shoot diagonally, demanding some nifty dodging on your part. 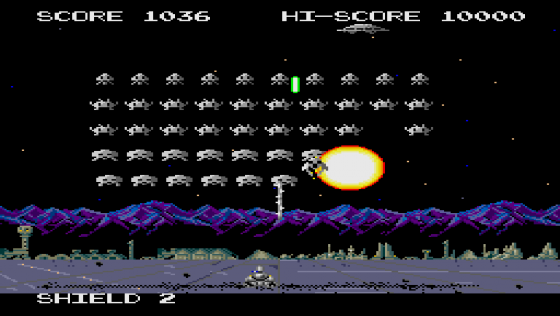 If there were a prize for "Most Astoundingly Accurate PC Engine Coin-Op Conversion", this would undoubtedly win, though with an arcade original as unsophisticated as Space Invaders, perhaps that's not surprising.

Mind you, this really is a perfect conversion, right from the sound effects down to the invaders fiddling with the lettering on the attract screen and the colours on the game screen simulating the coloured strips of transparent plastic.

Nostalgia value aside, the straight conversion isn't worth much as a game, but the updated version is, surprisingly, quite addictive. This fact is probably down to the pretty graphics (the spacescape backdrops are superb) and the gameplay which is livened up no end by those weirdo weapons. Even if you weren't there in '79, Space Invaders is a bit more than a trip down Memory Lane.

Nostalgia value aside, the straight conversion isn't worth much as a game, but the updated version is, surprisingly, quite addictive. 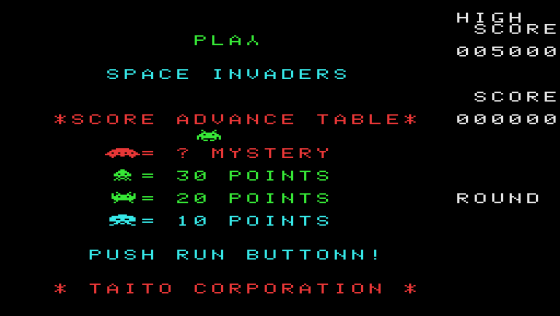 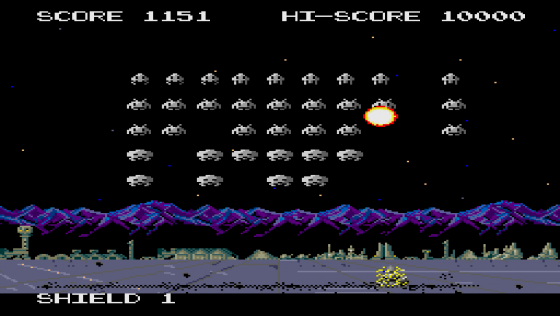 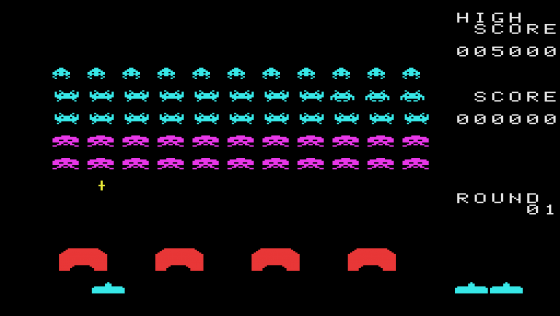 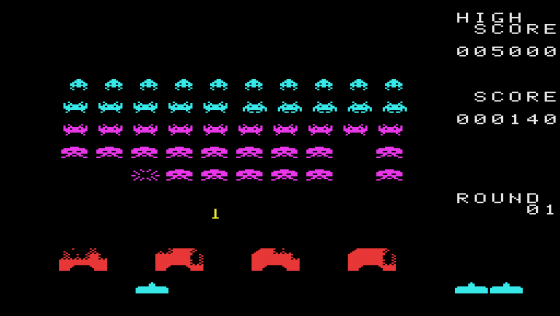 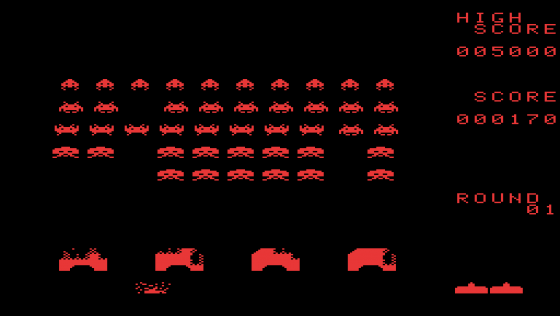 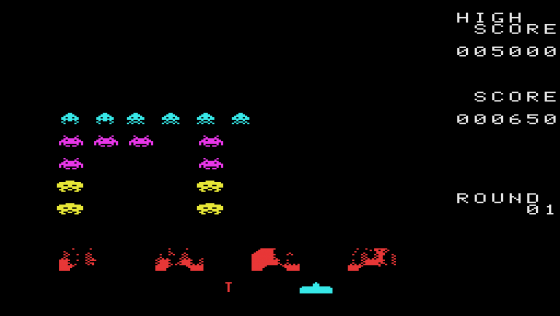 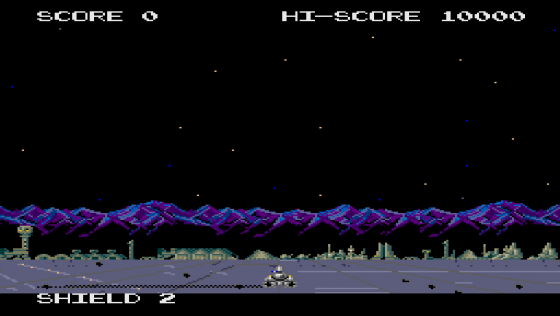