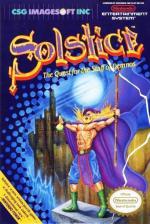 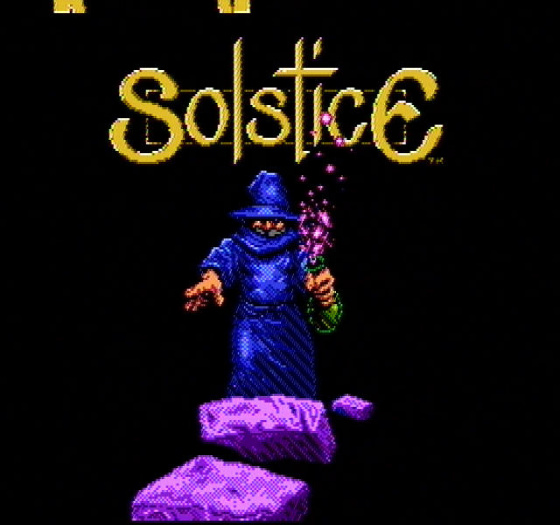 Shadax, the hero of the game, searches through the fortress of Kastlerock for the Staff of Demnos which has been pinched by the nasty wizard Morbius, who's also satisfying his evil lusts with the captured Princess Eleanor.

Solstice is a form of game very popular on home computers, but a relative stranger to consoles. It's an isometric 3D puzzle game where the central character moves from room to room, solving puzzles and avoiding monsters as he goes. Shadax jumps from platform to platform, shifts items around to climb on them and has access to spells and potions that have a variety of effects. Keys are likewise vital to get past those awkward locked doors.

With over 250 rooms, Solstice is no "finished in an afternoon" game. Expect to be trapped in the fortress for weeks to come! 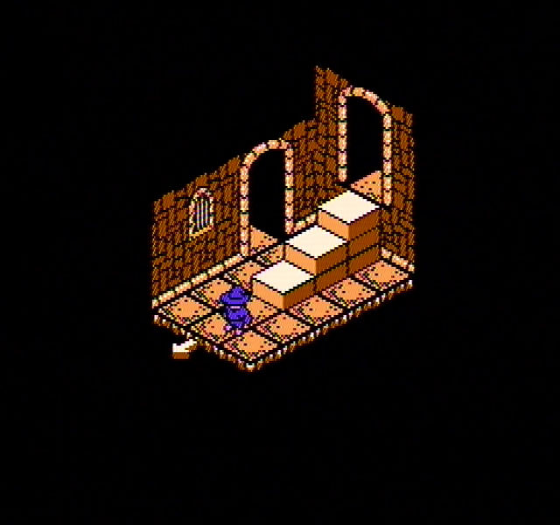 Knightlore by Ultimate Play The Game (who changed their name to Rare and went on to program such Nintendo classics as Snake, Rattle 'N Roll, RC Pro Am and Cobra Triangle) was the first ever isometric 3D computer game, appearing on the Spectrum in 1984. It wowed computer fans everywhere with its "real world" environment where you could walk around the landscapes and interact with items within it.

Over the following years, many clones appeared - Head Over Heels, Alien 8, Batman being the very best - but eventually the genre became stale through lack of new ideas. However, now the format has been revitalised for the console market - let's hope there are more games in this style!

Many of the rooms contain blocks and barrels that Shadax moves around to complete a puzzle. There are also enemy creatures present in many of the rooms, who make it very difficult to move around safely. However, cunning use of blocks can halt their progress if Shadax works out their patterns of movement. 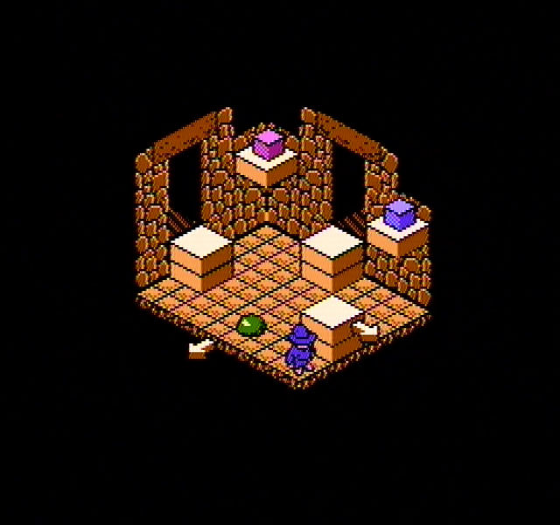 There are many items to collect, and getting them is never straightforward. One of the first objects is the magic boots, which are perched atop a tower surrounded by a floor covered with spikes and guarded by a baddie. Shadax can't reach it by jumping, so how does he do it?

Well, drop a block onto the baddie's head, jump on top of the baddie and wait until he walks near to the tower, jump off and grab the boots! It's easy when you know how...

I've always been a big fan of isometric 3D games, and am pleased to see this style of game on a console. Solstice is very much in the classic Knightlore mould, and transporting items from one location to another and avoiding traps and baddies is what it's all about. 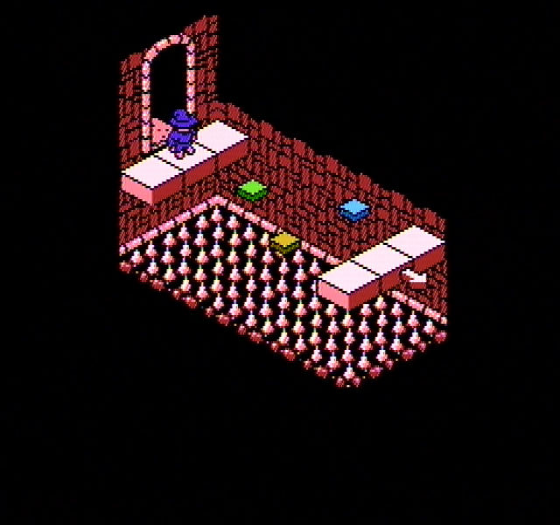 Swift reflexes are required in many situations, and you've also got to get your old grey matter into gear if you are to solve all the puzzles - some of them are very devious!

With over 250 screens, great graphics and some of the best music and sound effects I've heard in a Nintendo game, this is a must for arcade adventure fiends looking for a long-lasting challenge!

With Solstice, I found that I had fun for a while, but I soon found that the excitement fades. After all, shifting blocks to stand on or to prevent the attack of a nasty becomes boring. 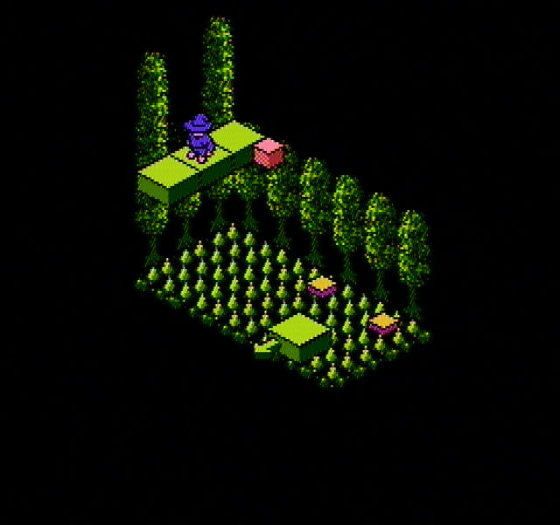 Another thing: the blurb claims this is a "non-violent" game, which is true in the sense that Shadax can't kill anybody, but as every monster in the game brings instant death on contact, it's hardly violence-free!

Still, that aside, this is a challenging game with great graphics and moody, atmospheric sound which puzzle fans should find interesting.

Presentation 89%
The intro screens and music are spooky in the extreme!

Sound 93%
The stunning music provides lots of atmosphere, and the effects are brilliant too!

Playability 86%
Solving each puzzle takes lateral thinking, but sometimes the enemies move too fast for comfort!

Lastability 84%
There are an enormous number of rooms, giving loads of long-lasting puzzle-solving for fans of the genre.

Overall 85%
A clever arcade adventure that tests both your reflexes and your mental abilities. A must for puzzle fanatics.

A clever arcade adventure that tests both your reflexes and your mental abilities. A must for puzzle fanatics. 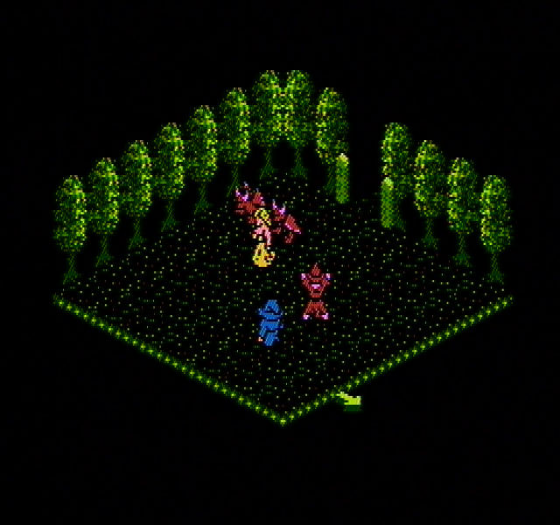 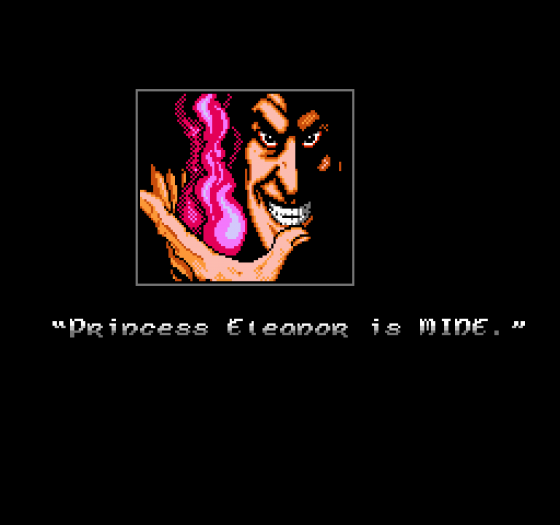 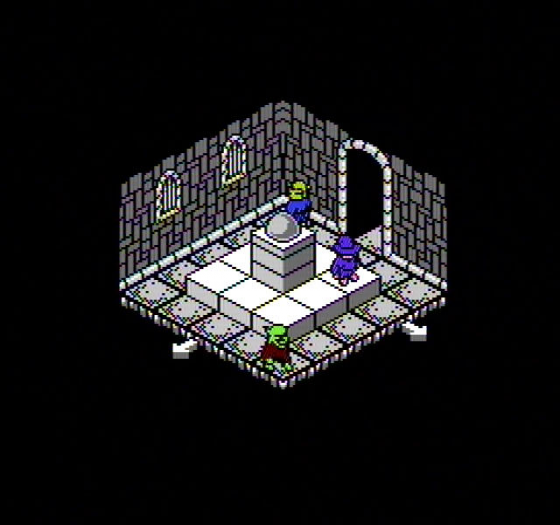 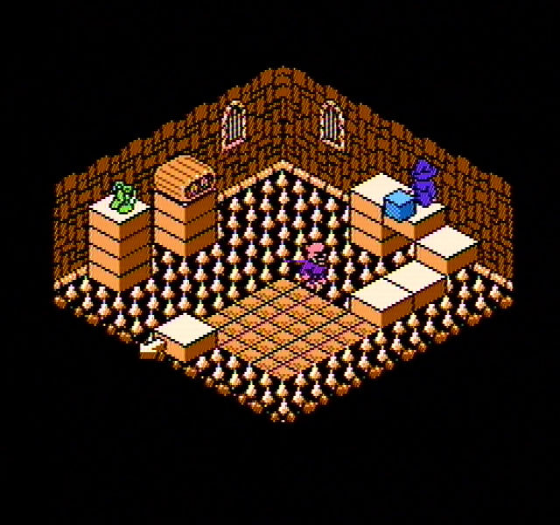 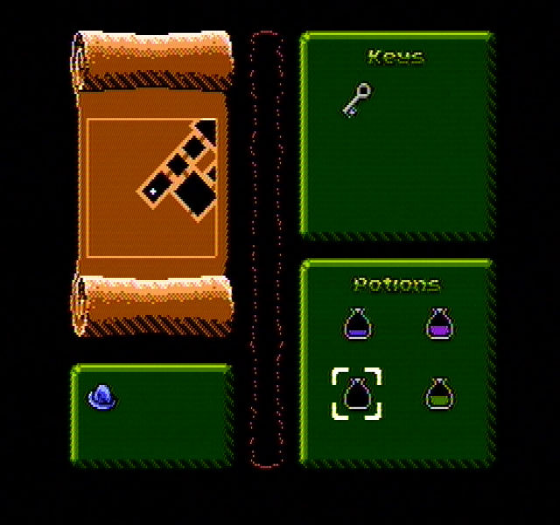