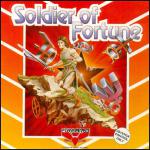 Long, long ago, in a time before anyone can remember, a mystical object known as the Zodiac Power Source was made. It was discovered to be a focal point for the powers of evil and so was buried. Many years have passed since then and the Power Source has found a suitable mind to move towards. This mind belongs to Krillys, a dabbler in the mystical arts.

Krillys learned how to separate the elements of the Power Source, but this caused a collision between it and another magical force. The surrounding lands were thrown into disarray.

Two adventurers have the ability to restore the land to order: Tartarus and Teron. They must search the lands for elemental tablets and restore the Zodiac Power Source to its original form.

With or without a friend, you can take the part of one of these adventurers. At the start of the quest you have a limited supply of magic shields, a defensive weapon, a handful of money and a cryptic clue given to you by a mage just before the ground swallows him up. Extra weapons, shields and other objects can be bought in shops found throughout the environment.

To complete the quest, you must reconstruct the Power Source and return it to the old man's house before twelve moons pass. Otherwise Krillys will control the land (cue three dramatic chords: da-da-daaaa!).

Ever since Gribbly's Day Out, Graftgold's reputation has been almost flawless, but now we have a release that fails to live up to that record. Soldier Of Fortune is an incredibly average game which is even more surprising when you learn that its author is the creator of Zynaps.

The opening screen is very much in the usual Graftgold mould (horizontal colour bars and all that) but as soon as you start the game you know that something is amiss. The first thing you see is a set of bland background colours with a really weird series of explosions in the sky (Don't ask me why!) and some ropey sound effects.

Not only that - the gameplay is pretty average as well, not to mention annoying. I don't know about anyone else, but after fighting my way through a set of platforms and bouncing rocks, I expect to find more than just another in a long line of similar shops (aaargh!).

So be warned! Just because it says Graftgold on the packaging, don't be fooled into thinking you're going to get another Paradroid or Uridium!

It's strange, but since they left Hewson, Graftgold never seem to have been able to come up with the sort of goods they produced in the days of Paradroid, and releases such as Magnetron and Soldier Of Fortune typify this.

Graphically the game is quite pretty, if rather lacking in variety, but the woodland and village scenery including all the shop sequences make it look like the Hewson oldie Firelord. Any small amount of credibility the resemblance lends Soldier Of Fortune is wasted by pretty slow and tedious gameplay consisting of the odd bit of blasting, collecting coins and then buying weapons and scrolls.

I don't think either the arcade or the adventuring elements are sufficiently outstanding to keep me coming back for more, so I'm left pretty disappointed with a game I was expecting a lot from. Sigh!

We're obviously dealing with a strange transference of matter here. Somehow, somewhere the basic constituents of Hewson's Firelord and Elite's Ghosts 'N Goblins have mingled and resurrected themselves as Graftgold's Soldier Of Fortune. Weird.

What's come out isn't really as good as either of the other games. There are a lot of aspects, like the trading or the platform element which could have been developed, but they just fall flat. Neither the blurry graphics (the sprites are really tiny) or the tinny sound were compelling enough to keep me playing for long - not least because there's nothing to tell you what any of the icons mean. Give me Ghosts 'N Goblins any day.

Presentation 64%
Quite a few annoying delays and many confusing symbols.

Hookability 69%
Of course there's the standard "let's have a look around" hook...

Lastability 59%
However, "looking around" so many similar locations soon becomes very tedious.

Overall 66%
A very disappointing release from a partnership that should have given us something really special.

A very disappointing release from a partnership that should have given us something really special.