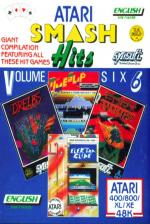 This is a collection of four games by, what are probably, the two leading software houses for Atari computers. There are two games from each company. One good one and one slightly less good one.

From English Software comes Timeslip, a reasonable but uninspiring multi-level shoot-'em-up where you have to correct a destructive time disturbance, traced back to a planet many light years away...

The other English Software game is Elektraglide, the phenomenally fantastic, futuristic road race game. The idea of the game is to drive your futuristic 'car' (though what it is is never actually stated) across alien landscapes with 3D objects blocking your path with floating prisms hanging over the road and zig-zagging, bouncing balls, shooting down the road towards you. All this and enemy aircraft dropping glowing pillars in your way.

The road is strictly in the standard mould with the 3D, dead flat, road stretching away in front of you to a futuristic/alien horizon. Alongside the road, trees appear occasionally and every now and then a tunnel looms up on the horizon and you flash towards it. Heralding the next stage of the run.

The game proceeds section by section with a time limit on each bit, other than that there is no real score at all. It's not whether you win or lose, but how you play the game. There are three different tracks in the game and each one is about five sections long - so you should spend a lot of time with this game.

Whilst you are thrashing around all these roads there is some really incredible music playing away in the background, real scene-setting stuff...

The Synsoft offerings are Drelbs, an indescribable game where you whizz around the screen shutting off boxes and avoiding nasties. A sort of cosmic dots 'n boxes game really (Well, it isn't but you'll have to play to understand it).

Fort Apocalypse on the other hand is a great game. A mixture between Scramble, Choplifter, Defender, Airwolf and Rocket Roger. You fly the helicopter around the surface of the underground complex, affect an entry and try to wind your way around the labyrinthine passageways that make up the fort in order to create its ultimate destruction. The graphics of this game are extremely good, and when I first saw this game a couple of years ago. I couldn't stop playing it. Plenty of blasting, sequence/puzzle solving and bombing things that go boom. Good destructive stuff.

For Christmas, you can't be a good compilation. Long after a games player would get bored with a single game, they will have another three to rely on. Elektraglide makes this package really good value for money, and the format of one game per side of tape (two tapes) is very handy, none of this remembering huge lists of tape counter readings to pick out games in the middle of a tape.

This game would make somebody an excellent present.

Elektra Glide makes this package really good value for money, and the format of one game per side of tape (two tapes) is very handy. 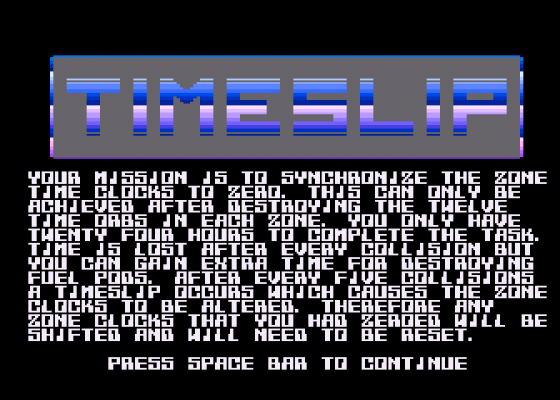 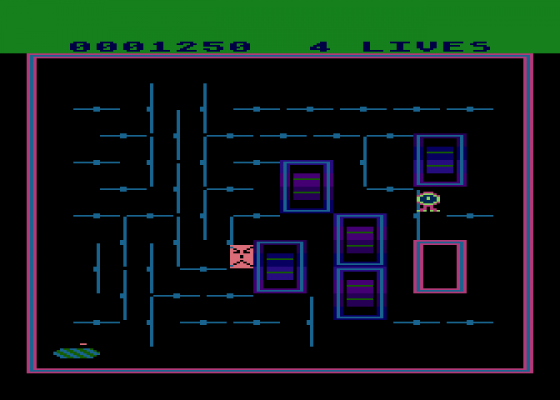