OK, my friends, here's your starter for ten:

Yes sir, this press release, in which Rainbird publicity merchants discuss their latest Level 9 blockbuster, Silicon Dreams, is so fraught with fact, so packed with detail, that it could almost be an adventure in itself. Is this trilogy really that stupendous? Let's examine the record...

No, what's really important about this collection are the following points: first, you get all three games in one wallop, which at the price is a good deal if you haven't got any of them.

Second, you get RAM RESTORE, RAMSAVE and OOPS (which enables you go back one move). At least, you do on the 6128 - I wasn't able to check up on the 464 version.

Thirdly, you get some enhanced location descriptions. Level 9 has tarted up all three games somewhat, though on playing them I didn't really think that this had made any real improvement. The games were quite good enough as they were, especially Snowball.

More to the point, here is what you don't get. All those high-sounding features and reprogramming simply disguise the fact that these adventures are already beginning to look long in the tooth. They are programmed according to yesterday's rules. The "new language interpreter" simply does things like say "That's just scenery" if you ask about an otherwise irrelevant object that's just been printed in a location description. It still can't handle inputs involving interaction with other characters, like "Kim Kimberley, where are we?"

And that has to be the way forward with adventures. We've had years collecting treasure and battling with Orcs - now we'd like to do some good ol' interacting on the human-to-human level.

This package is a triumph of reduced-cost re-packaging. It's great value and I fully recommend it on that basis. However, if I were Level 9, I wouldn't be releasing more than one new title in 1987. I'd be spending the rest of the time changing my programming tactics, introducing interactive characters, taking advantage of the increased storage space on disks, and either abandoning or polishing up my graphics.

Silicon Dreams is a trilogy of games concerning man's efforts to colonise the planet Eden. They all feature robots, hi-tech gadgetry and a certain amount of Level 9 philosophising about matters political and ecological. Each game has a unique character, from Snowball giving one of the best-conceived "I'm in a space-ship" scenarios ever to Return To Eden's extraordinary wildlife, including a kleptomaniac parrot and some very odd plants.

The game that thrilled a thousand journalists when it was first released, Snowball was so popular that it was even serialised in a major (but now defunct) weekly publication. As Kim Kimberley (female) you awake on board the giant spaceship Snowball to find that the voyage to Eden, prospective new home for humanity, is going badly wrong. You have to set things right.

Snowball is a difficult game. First you have to take careful note of the colour-coded locations, and secondly the actual shape of the ship itself makes mapping difficult. And some of the puzzles are fiendish. However, it's brilliantly designed and remains one of the milestones in Level 9's history as Britain's best adventure house.

Return To Eden has you struggling through the jungle to reach the city of Enoch, prepared in advance for the human colonists by robot constructors. Unfortunately the defence robots in the city have got the idea that the Snowball spaceship is an invader rather than the home of their new colonists, so good ol' Kim must leap into action once more and stop them destroying it.

The game has some very enjoyable scenes especially in the Eden jungle. It also has a rather tricky beginning, in which you have been sentenced to death in error by your fellow colonists and must escape destruction. Twill take most people quite some time to work this one out...

The Worm In Paradise is the most recent offering of the three. It's also the game where (to start with, at any rate) the reprogramming is least evident. The action takes place 100 years after the death of Kim Kimberley when you awake from an artificially induced dream to find out that you've forgotten who you are.

From being an out-of-work drifter you must progress first to employment, and then to membership of the ruling classes. After that, whether or not you do anything to change the rather dismal life on Eden is up to you...

This package is a triumph of reduced-cost re-packaging. It's great value and I fully recommend it. 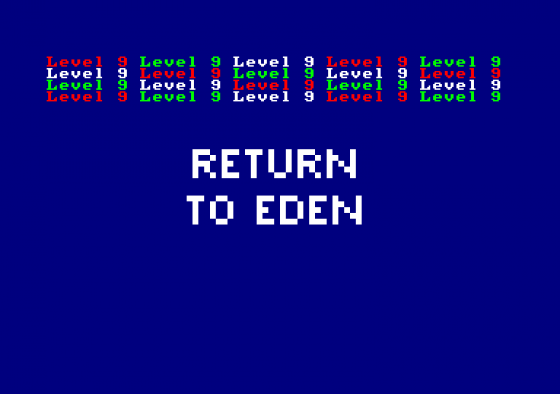 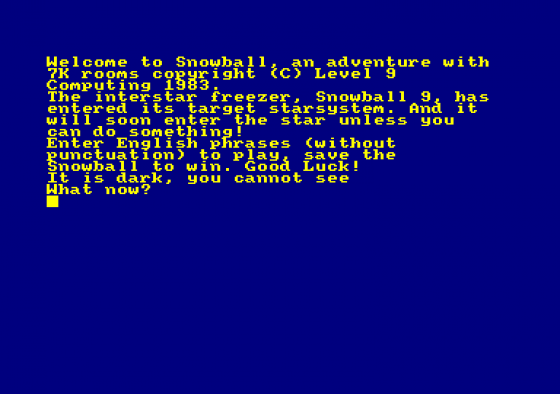