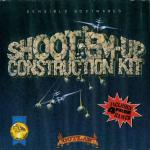 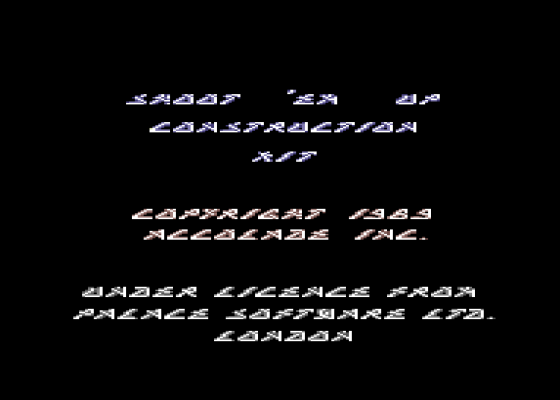 We all start out with good intentions, don't we? We all say we're not just going to use our C64 as a games machine; no, we'll learn to program it, write a couple of awesome games, make a fast fortune and retire to sunnier climbs!

Trouble is, it's so damned difficult - most people get as far as writing their names all the way down the screen, maybe scrolling it or making it flash on and off if they're really clever, then decide it's all too much hassle and go back to playing Space Invaders!

Well, fret no more, 'cos Gremlin Graphics have re-released Sensible Software's Shoot-'Em-Up Construction Kit at a giveaway bargain basement price, so now even the most inept would-be programmer can create exciting and original games... any of which can be sold directly to the public (or a major software house if it's that smeggin' good) without having to pay Gremlin a penny in Royalties. Ha! 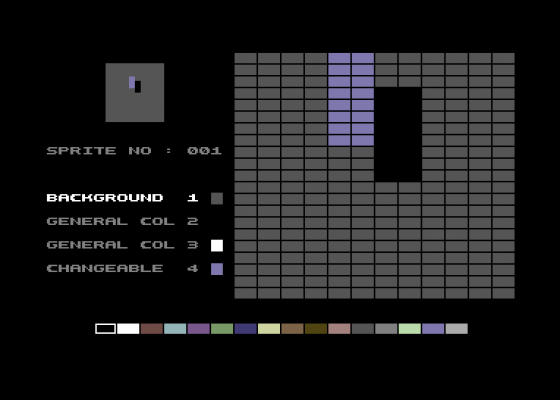 Several game-creator utilities have previously been released for the Commodore, but most are of a very limited scope. Change the graphics, change the FX, but you're still left with the game the programmer wrote. Not so with SEUCK - for the first time a program actually allows you to create a game, and not just edit someone else's! So how do you go about doing so? Read on...

Before you get down to business (phnarr) your first task is to decide just what kind of game you want to create. The SEUCK offers three different styles of play, all of them, sadly, vertically scrolling. Having a horizontal option would, presumably, have gobbled up too much memory.

So, your masterpiece is going to have to be either a straightforward (upward?) vertically scrolling blast (with a choice of fast or faster still but both supremely smooth); a single flip-screen affair or a 'push-scrolling' jobbie where the screen scrolls in accordance with the main sprite. Thankfully, all three approaches can be combined in a single game, adding that all important commodity we like to call *variety*! 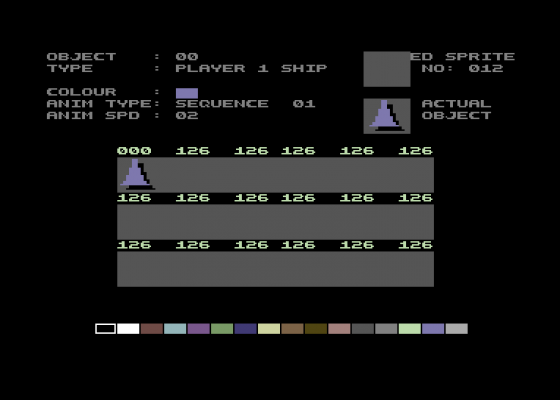 The program is utilised through a well-set-out menu system. From the main menu you can access any one of the nine sub-menus controlling the editable features. Arguably, the most interesting is the sprite editor, which allows you to create up to 128 sprites, 12 x 21 pixels large (plenty big enough to satisfy even Miss Whiplash's most wanton needs!). Up to three colours can be used, but once chosen you are stuck with two of them for all your sprites so plan your colours carefully. You can also create a mirror image of a sprite, slide it about (very useful if you go off the edge of the box), and even copy and alter it - animation has never been so framing easy!

Having created some spiffing sprites it's time to give them some sort of a setting on which to do battle - that's where the background editor comes in. Each screen is made up of 254 characters, which are painted using exactly the same method as for the sprites. This is a fairly laborious task, but it's made easier by copy options.

To define a sprite's role in the game, you use the object editor. Using its changeable colour option you can change the variable colour for each sprite, so if you want a series of similar sprites to make a simultaneous attack, they don't have to look the same. They don't have to move the same either - use the attack wave editor to send them zapping across the screen any whichway you like! 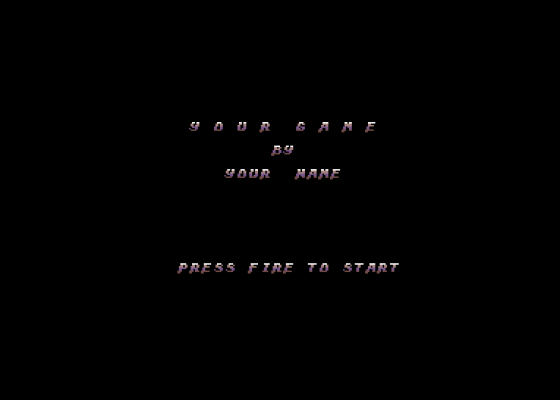 So much for the baddies, what about the good guys? The player limitations menu allows you to adjust number of lives, speed, blasting power and everything else you need. You can even create a two-player simultaneous option! To make your game really stand out from the crowd, change the character font - now your control panel and in-game messages can look exactly how you want them to. And while you're at it, don't forget to add some appropriate sound effects using the couldn't-be-simpler sonic sub-screen!

Every utility has its drawbacks, and SEUCK's is that it can't handle power-ups. I can't think why this has been left out. They're damned near ubiquitous in shoot-'em-ups-ville, and wouldn't have been hard to accommodate either - just create a routine whereby collecting an icon or blasting a specific baddie automatically adjusts the player limitation menu. If your game gives an extra life for scoring a certain number of points you can offer a huge score for killing a specific alien, effectively creating a 1UP, but you can never increase your sprite's capabilities. Defining icons is a little awkward too - you have to create static 'aliens' that explode on contact, doing no damage whatsoever.

Despite these gripes, Shoot-'Em-Up Construction Kit is a brilliant program. Never before has there been a utility that allows you to create such fabby games - unlike previous offerings where they all looked and played the same. SEUCK games are limited only by your imagination. Pandering to all your needs, it's difficult to see how it could be any better - complicated animation routines are catered for, you can define multiple sprite baddies, and best of all when you save out your completed game it can be loaded and played independently of its parent program. At last, a game kit that lets you give copies to your friends, and don't forget to send one for the Zzap! Megatape! We wouldn't be adverse to paying for them either, if they manage to cut the mustard of course! 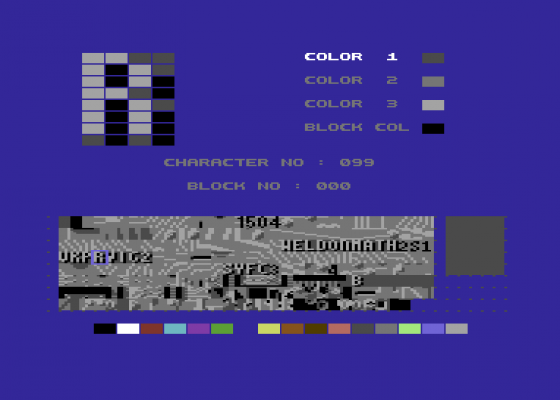 SEUCK is incredibly simple to use, but is not a magic wand - don't expect to create brilliant games within seconds of loading up. Even so, with a bit of forward-planning and intelligent game design, there's no reason why your game shouldn't be good enough to publish. Give it a go - it's fun!

Still not convinced? Well, Gremlin have included a couple of sample games as part of the package. Creating using SEUCK, they're a fine example to what the program can do in the hands of an imaginative programmer.

Oo-er missus - with a title like this, I had trouble believing it was a shoot-'em-up! Not that I was disappointed - it's rather fabby! A vertically scrolling blaster, you control a neat little spacecraft bearing more than a passing resemblance to the Star Trek logo! Boasting a huge variety of baddies, Slap & Tickle will tax your dodge-and-shoot skills to the full, and it gets harder as it goes!

Unlike its forward-firing predecessor, Blood Bullets is a multi-directional blaster in the Commando/Ikari Warriors mould. Another polished performer, it's amazing just how good the backgrounds and animation can be.

Unfortunately, it's another vertical scroller. I can't help feeling the second demo game should utilise another aspect of its creator, like push-scrolling or flip-screen. Still, it's great fun to play, and a marvellous example of what the SEUCK can do.

The best thing about these demos is that they can be altered in any way you like, using the kit itself - if you get stuck, just load up a demo game and see how the professionals do it! Like all SEUCK games, an automatic infy lives cheat is included while still in the database, invaluable when testing it.

With a bit of forward-planning and intelligent game design, there's no reason why any game programmed with this won't be good enough to publish. Give it a go - it's fun! 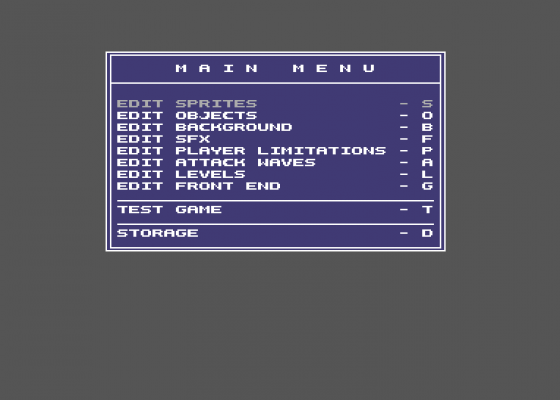 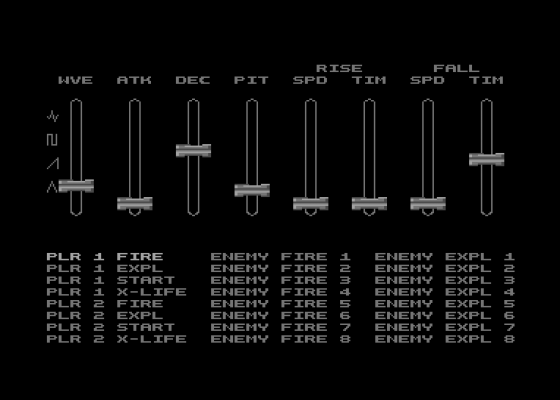 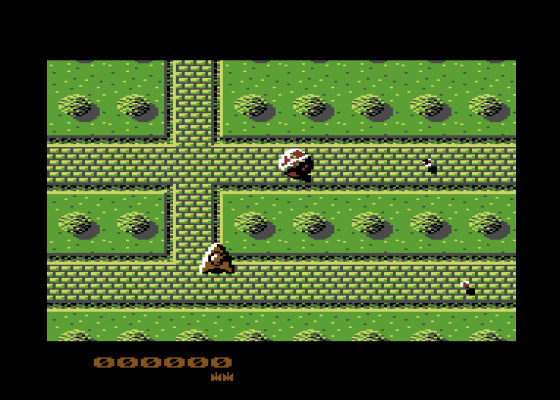 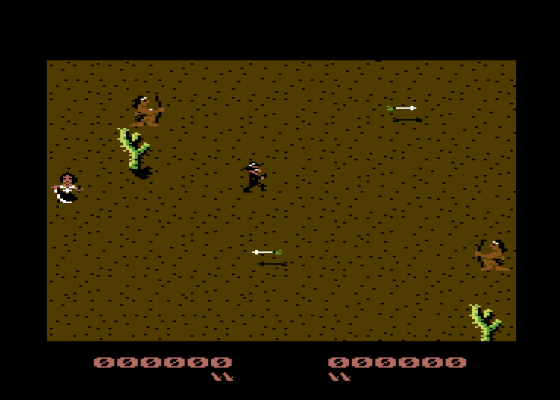 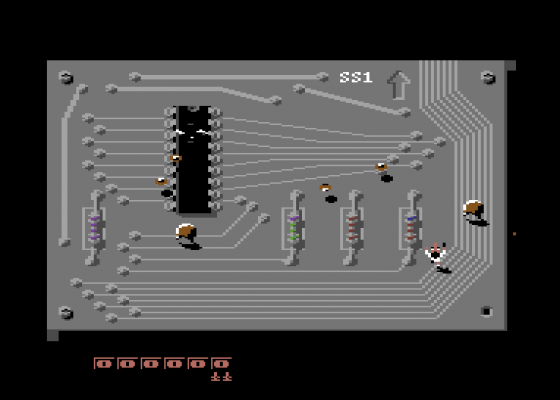