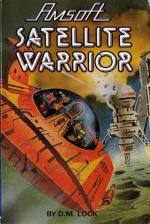 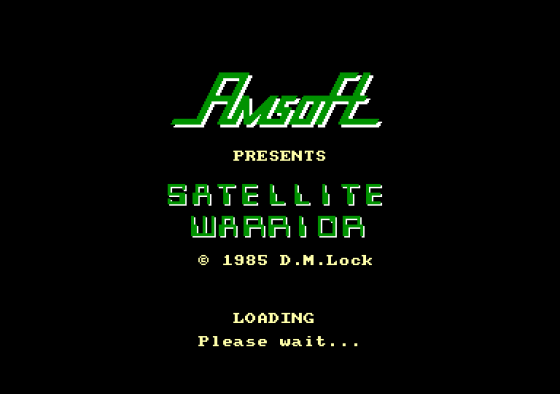 The superpowers aren't the only ones with killer satellites - this game revolves around some really murderous bits of space hardware with two rival races battling for supremacy of a planetary system. The game combines tactical and strategic skill with fast action to produce a very original offering.

You can play with two players, or against the computer which plays a very tough game. The game can be played with one or two planets (five or ten moons); the latter choice making for a longer game. The aim is to place a satellite around every moon and wipe out your opponents. You start with a certain amount of cash and supplies for building satellites, the cash being used to purchase more from alien races.

There are three types of alien race, each of which sells a different type of equipment. One deals in offensive weaponry, another in defensive systems and the third in base units and motors. At the start of each turn you can bid to for a visit from a particular alien or bid for him not to visit you. In this way, you hope to get the right tools for your satellite. In later turns you may even have a surplus that you can sell to the aliens. 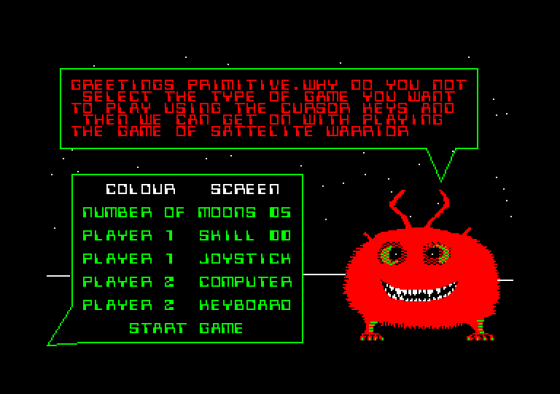 The eight basic units that can make up a satellite are: the head, toroids, grabbers, missiles, plazma guns, armour, ECM and shields. Satellites must always have a head but everything else is optional. Toroids are the motors that allow you to move the satellite about in a battle but you can have a stationary unit.

Grabbers, plazma guns and missiles are used for close, medium and long range fighting in battles with armour, shields and ECM defending against the three of them respectively. Up to seven units can be placed on a single head but additional heads can be used to create even bigger satellites. Once constructed, the unit can be launched to any of the moons.

Each moon will produce particular types of equipment and in different quantities. Thus to begin with, competition will be high for the high-producing moons or those producing equipment in short supply. The trading and building sequences take place on a screen with two landing pads and the rows of equipment underneath, on launching this switches to a view of the planetary system. 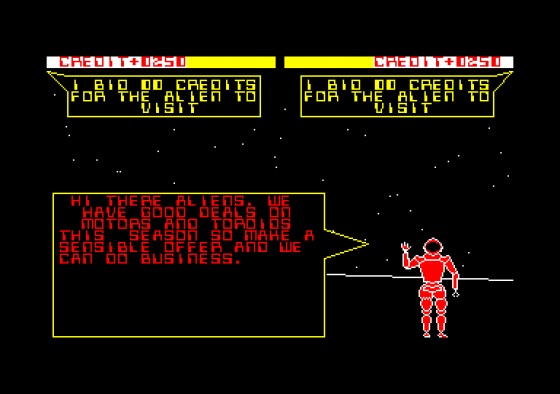 The moons revolve around the planet and a little rocket will appear which you have to guide to your chosen moon before it runs out of fuel. Once there it begins to orbit the moon. More than one satellite can orbit a moon but if they are on opposing sides then a battle to the finish results. This takes place on a screen bare except for two stability indicators and the two satellites.

The two combatants can now manoeuvre and use all their weaponry in trying to destroy the other. Grabbers can be used when the satellites are adjacent to do a lot of damage, plazma guns can be used further away with you guiding the bullets to their target and missiles can be left to home-in themselves. Each hit may inflict damage or blow a chunk of the satellite off until one explodes or its stability gauge reaches zero. This leaves the winner to reap the rewards from the moon.

The game turns now repeat until one player has complete control with the aliens giving their view on your performance at the end. Even if you've won this isn't always very complimentary. A very original game with a lot of good ideas and plenty to do.

There's a strange charm to this game. Strange, because in retrospect it doesn't seem to have anything that might induce me to have another go. Each separate sequence is pretty unastounding, yet together they made a game that was amusing and challenging. It's not the tops when it comes to graphics or sound, but it's intriguing enough to be worth investigation.

P. Lots of originality.
P. Good two player action or a tough computer opponent.
P. Good mix of strategy and action.
P. Plenty to occupy you at all stages of the game.

N. Instructions may be confusing at first.
N. It takes time to get familiar with the game.

It's not the tops when it comes to graphics or sound, but it's intriguing enough to be worth investigation. 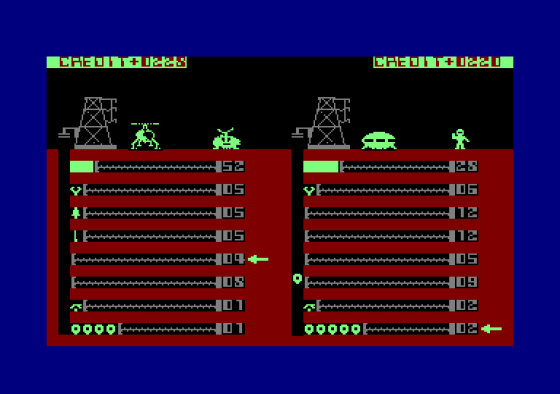