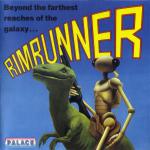 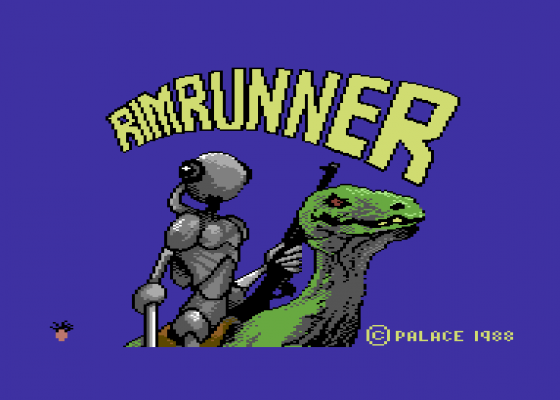 At the boundaries of the known universe, legions of Insectoids engage in interplanetary travel to colonise long dead planets. Constantly assailed by their enemies, the Arachnoids, they've devised a repellent force shield. However, this requires constant recharging, so a race of elite Insectoids has been created to maintain the force shield generators.

Taking the role of such an Insectoid, it's the player's task to maintain the force shield on each of three individual planets under the pressure of a countdown timer. Astride a reptilian mount, known as a Runner, the warrior patrols the colony perimeter, destroying hostile lifeforms that have penetrated the barrier.

Each perimeter is represented as a horizontally scrolling landscape within which the Insectoid moves at will. A radar panel at the top of the screen displays the whole planet, its generators and the player's position. Green generators are stable, flashing ones are unstable and red ones are grounded and in need of recharging. When a grounded generator is reached, the player dismounts and reactivates it. 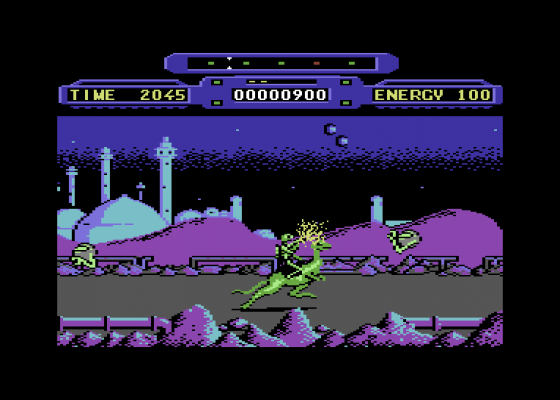 The Insectoid's energy is depleted on contact with Arachnid intruders and the loss of all energy signals the end of the game. Most enemies drift towards the player, but some track him and drop missiles. Fortunately, the warrior is armed with a powerful machine gun which destroys all alien types. Four Runners are available on each world; their energy, shown as a bar on the information panel, is similarly depleted.

There's no doubting the graphical excellence of Palace's latest game: the animation, parallax scrolling and general colouration and design are more or less faultless.

Unfortunately, it's more of a rolling demo than a playable game; after only a short while I found myself becoming increasingly frustrated at the lack of variety and the simplistic gameplay. 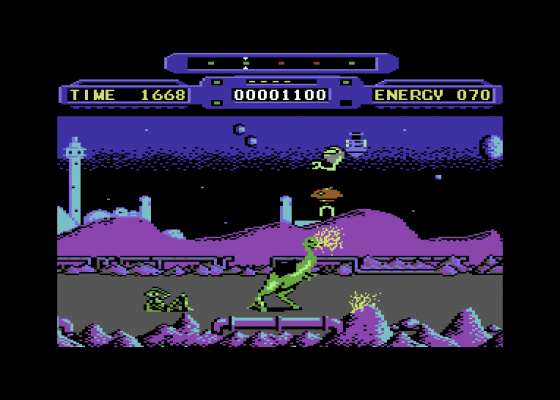 My first game went on for ages, and I went through all three landscapes before being put back on the first on a 'higher' level - I couldn't tell the difference. The repetitive nature of the game proves a swift interest-killer, and nine quid is a lot for only a couple of hours' play.

The combination of aural and visual effects in Rimrunner can barely be faulted, attaining the customary high Palace standard. The use of colour is only surpassed by the detail: the animation of both the Insectoid and his mount is superb, and full of cute touches.

The sound is equally impressive, ranging from a powerfully energetic soundtrack to appealing and appropriate effects. 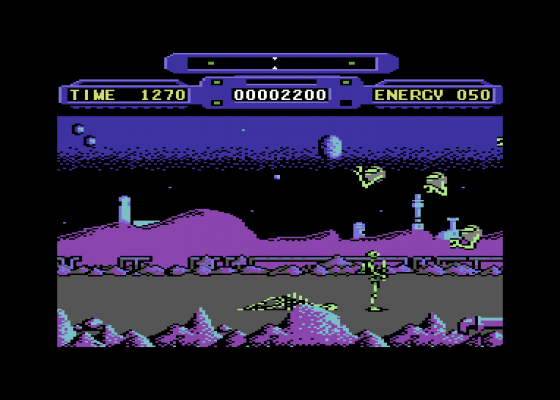 The big let-down comes in the easy gameplay: the action simply involves blasting everything in sight: your finger is constantly on the fire button. The occasional stop to dismount and recharge a field generator doesn't provide sufficient variety to prove rewarding.

Graphics 89%
Gorgeous use of colour and beautifully animated sprites marred only by the lack of overall variety.

Sound 90%
Both the dynamic title track and appealing spot effects are varied and very impressive.

Lastability 32%
Monotonous action and limited number of levels quickly conspire against any compulsion to progress. 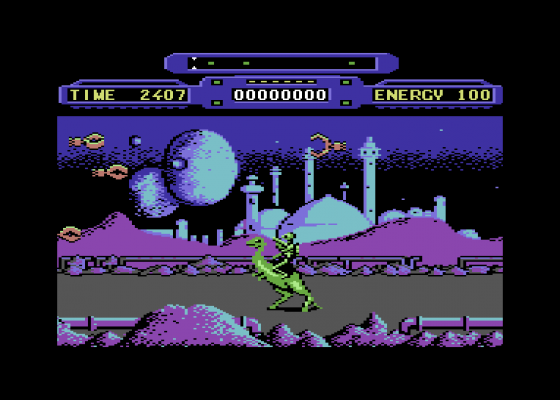 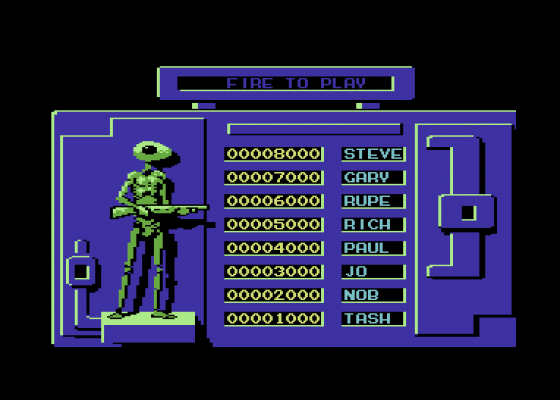