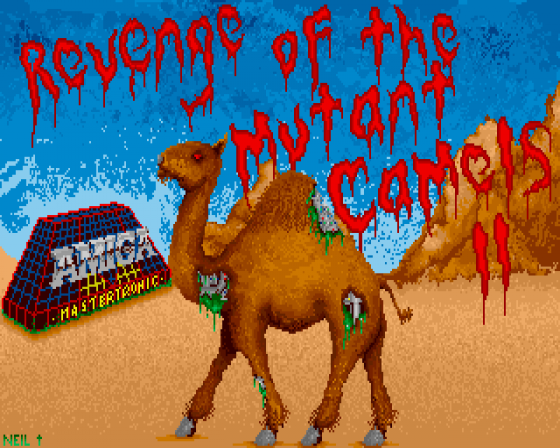 The 90 feet high, neutronium shielded, laser-spitting death camels are back, recalled from their hibernation on the dark site of the moon to save the Earth from the Zzyax hordes.

The battle takes place on the scrolling surface of Zzyax Prime, where the Zzyaxians, disguised as everyday household objects, rush onto the screen attempting to collide with our cuddly hero. By way of defensive measures, the camel is blessed with the abilities to fly, spit bolts of energy in eight directions and drop camel bombs.

If your beast survives to the end of a level you are given the opportunity to purchase add-on weapons, such as extra shielding, energy or lives - or even homing, extra-large or yo-yo bullets. Cor! 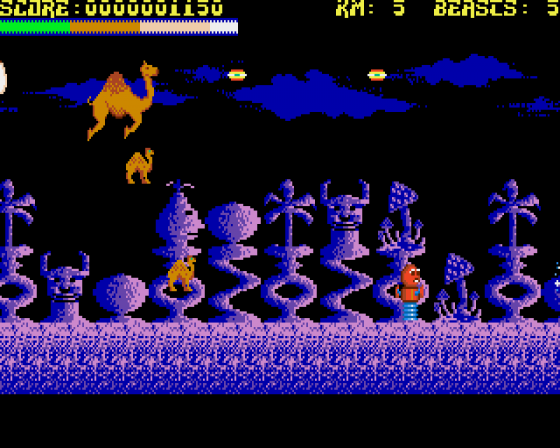 You can't blame Jeff for doing what his fans expect of him, but what about the rest of the game-playing public? Making sprites out of telephones and toothbrushes went out with Jet Set Willy and Revenge II is such a literal conversion that it even boasts C64-style expando-sprites!

The gameplay is quite staggeringly simplistic, and, what's worse, it hardly varies at all during the game, even after buying extra weapons. In fact, the only variations between levels are the sprites and background graphics, and even they repeat from time to time. Very much a game for Minter groupies only.

With the exception of his more conventional works, Idris Alpha and Batalyx, I've never really got on well with any of Jeff's games. I admire his ability to produce what he wants, to please a certain audience, but Revenge II just doesn't appeal to me. 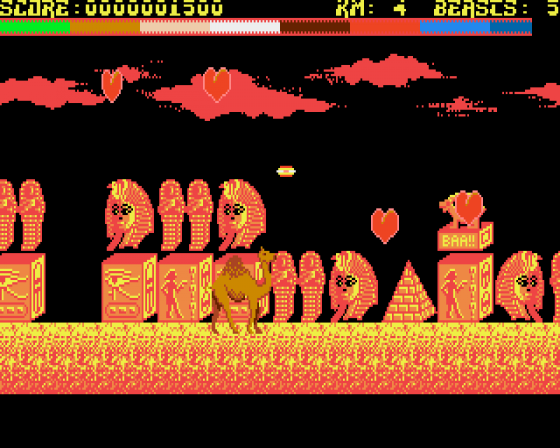 It did on the C64, but the magic has gone when you're shelling out a tenner...

The gameplay in this is just so boring and there are no obvious tactics to use apart from holding down the fire button and moving the joystick in the general direction of the crowds of hostiles.

If you're not already a Minter fan, try before you buy. 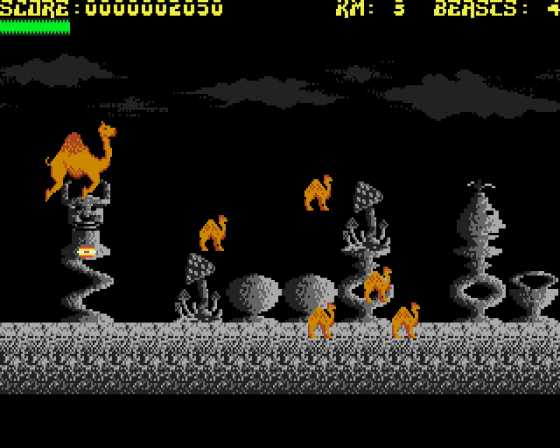 Graphics 48%
Weird selection of graphics, all of which are... OK.

Hookability 39%
Simplistic blasting is familiar enough but the weird scenario and graphics might bemuse.

Overall 38%
Weirdness factor means Minter fans should lap this up, but others would do well to hold onto their money.

Weirdness factor means Minter fans should lap this up, but others would do well to hold onto their money. 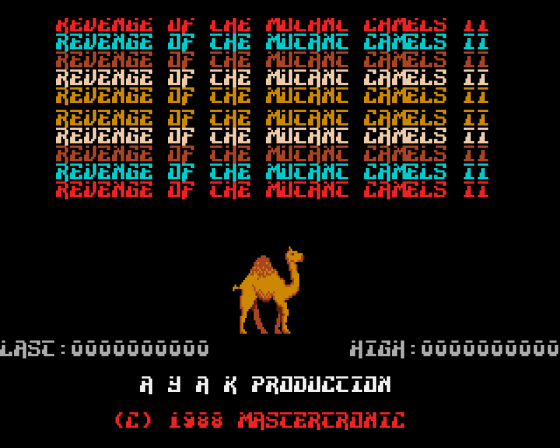 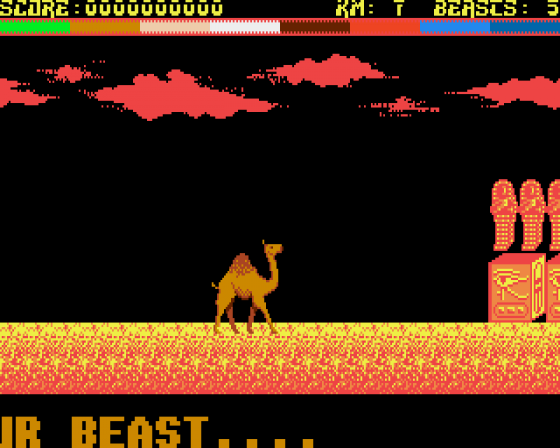 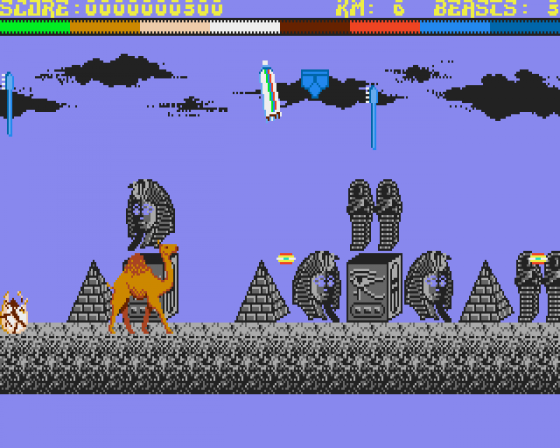 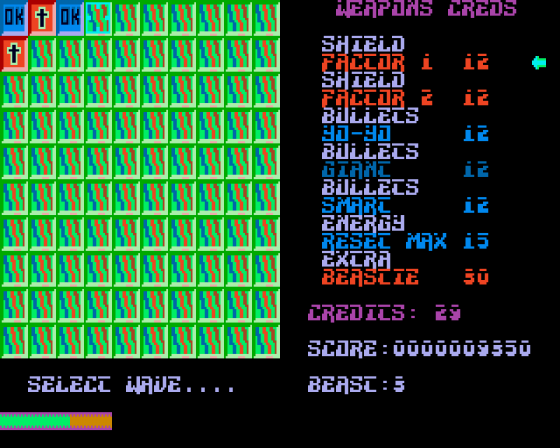 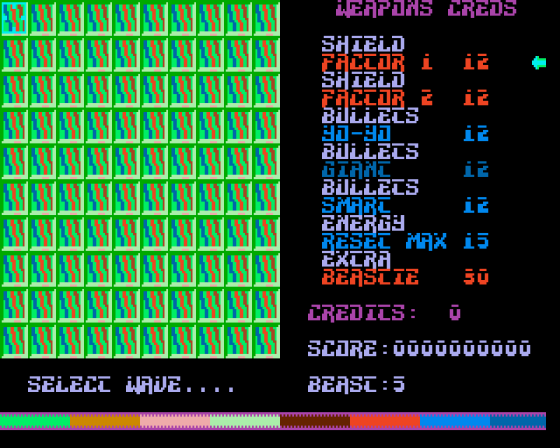 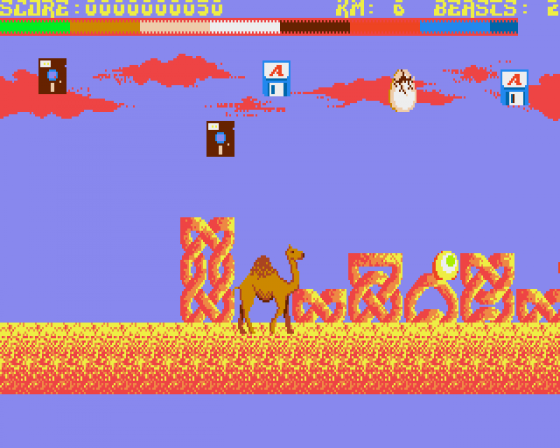