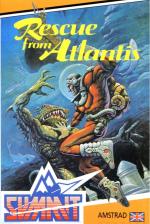 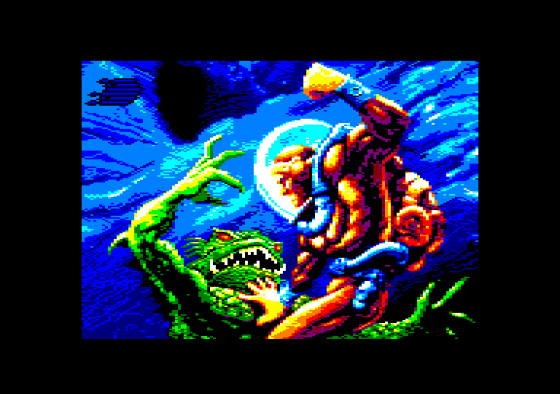 Mastermind. Now there's a classic. But what's it got to do with a game called Rescue From Atlantis? More than you might think, actually. Because even when the game's still loading you can indulge in a spot of brain teasing with your Amstrad. As the game loads you can play a version where you have to guess the hidden code. Clever, eh?

Onto the game itself. As you'd expect, it's set in the legendary subterranean city of Atlantis. What's more, it's full of aliens; strange web-fingered creatures that eat lots of fish.

Kill the lot of 'em, I say. It's the only thing for it. You're just the psychopath for the job and so down you go in your bathysphere to sort 'em out. Luckily your wristwatch is water-resistant to 30 metres too. 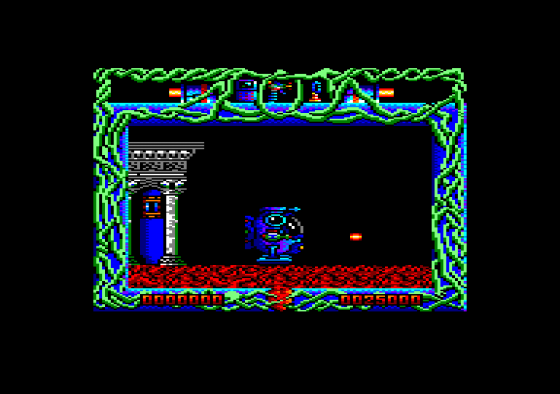 There are three levels to swim and kill your way through. But it's not just a case of splashing in there, doing the business and getting back home in time for tea... Oh no me deario! It'll be a long time before you even make it past Level One.

In this first part you have to locate the entrance to the underground town (which is located within a sunken galleon - how do they all fit in there?). They aren't expecting visitors, and so you'll need to find something to bash your way through the ship's hull with. But before you even catch a glimpse of the slimy sea-dwellers, you'll encounter many of nature's more, er, natural underwater inhabitants. Now normally the only dilemma you'd face when confronted with a cod is whether to sprinkle salt, vinegar and ketchup on it. But these fish are dead hard and can be a hazard to your health even when sliding past you in the 'safety' of your little sub.

Your energy bar is drained steadily when in contact with a creature. In fact it's so hard to avoid the creatures that one minute you'll be drifting along, exploring some as-yet-undiscovered cavern, and the next minute you'll be dead as a dolphin who fancied a bit of tuna for supper. 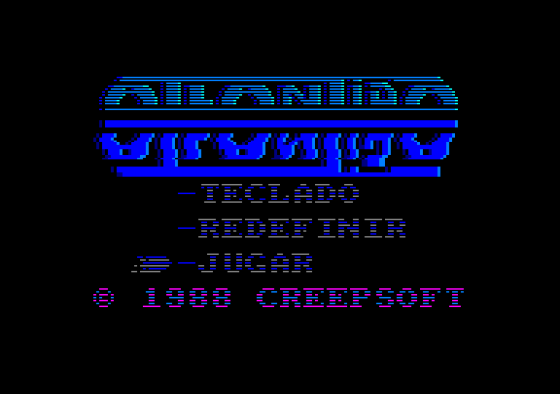 To make progress you move around in your bathysphere, exiting occasionally to collect bits of equipment from places that it can't reach. Lots of objects are needed to get through, but you can only carry a maximum of three and the sub can just about squeeze in nine. You'll often be left wondering what you should take.

There's a huge playing area to explore, and presumably the other two levels offer equally large discoveries. Unfortunately it's too tough, and you may never get to see them.

The other two levels may be brilliant, but you'll never get off Level One! In fact, playing Mastermind during loading is the best bit... 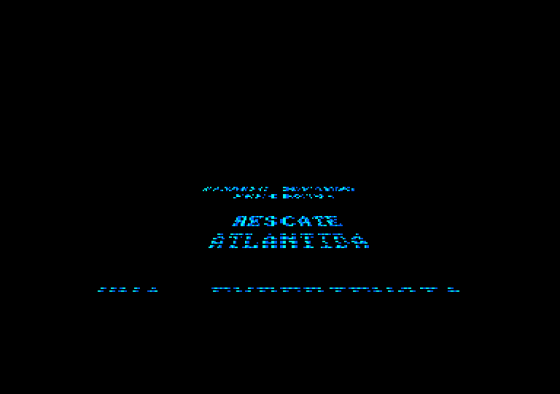 Get into the galleon!

Graphics 78%
Colourful and quick-moving. Some of the fish are a bit dodgy though.

Sonics 67%
The tune's OK, but nothing to write to your pen pal about.

Grab Factor 74%
Gosh, what a lot there is to do and explore.

Staying Power 62%
Incredibly frustrating - it's too hard to avoid getting killed.

The other two levels may be brilliant, but you'll never get off Level One! 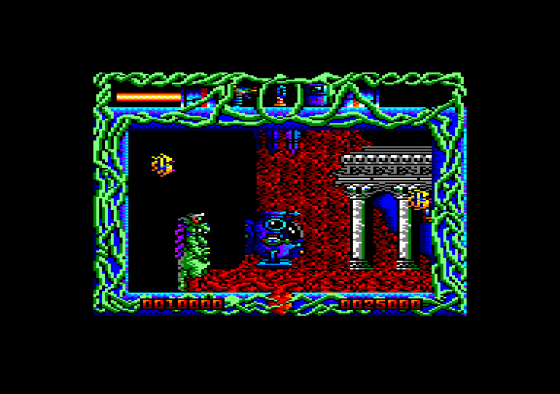 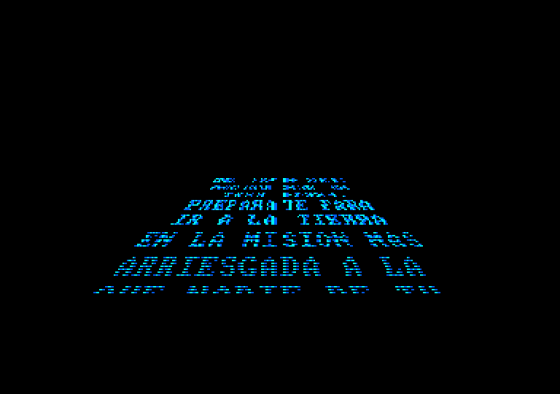 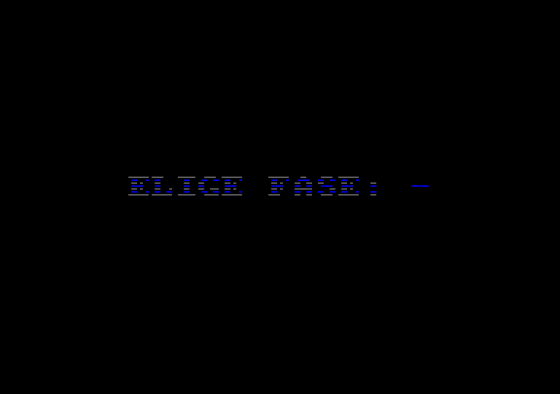 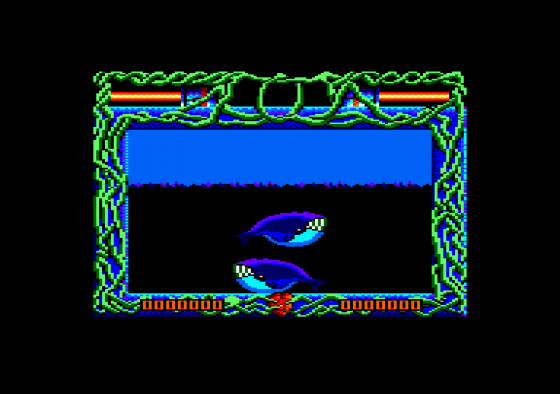 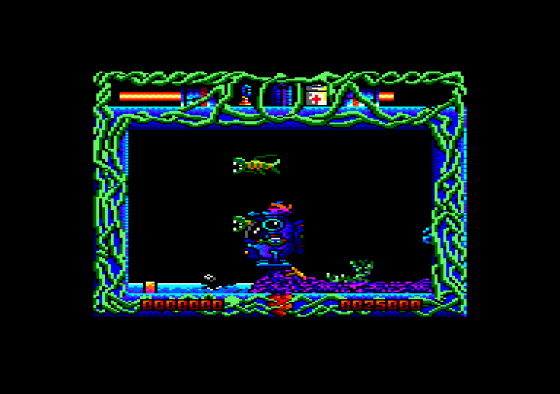