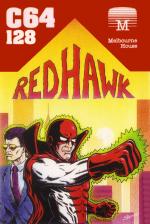 Melbourne House seem to have a thing about new adventure formats. Not content with having led the field with the Hobbit, they then dabbled with such obscurities as Mugsy (more of a strategy game) and Zim Sala Bim. The latter, you may recall, was an attempt to take the idea of the graphic adventure to the absolute extreme, by having fully animated graphics plus text entry - a sort of interactive movie.

Unfortunately, Zim Sala Bim, though a brave attempt, was really pretty dull fare for most adventurers. The parser was rather limited and the vocabulary wasn't exactly enormous. Now, Melbourne have once again attempted to break new ground with a program that claims to be an 'original comic strip adventure'.

Well, it's certainly different. There are three picture windows at the top of the screen, across which comic strip style graphics flash from right to left. A new development is pictured in the right hand frame, and then when something else happens, the picture shunts along one frame to the left and a new picture takes its place.

What actually happens depends, of course, on you. You enter your commands at the bottom of the screen and, if they're acceptable, the hero carries out your instructions. The plot is pretty standard comic-strip fare. Kevin (alias Redhawk) awakes in hospital to find that by saying the word 'KWAH!' he can instantly change into his superhero alter-ego, and then fly about the place apprehending baddies.

There is a slight strategy element to the program, in that Kevin must maintain his popularity rating by doing good deeds, otherwise useful people (like the police) won't cooperate with him. You also have to keep up your money supply and your energy rating. The latter diminishes rapidly while you are in super-hero mode, otherwise things would really be too easy.

Redhawk is a better game on the Commodore than on most of the other micros I've seen it on. The pictures draw quite quickly and the colour selections are quite attractive. However, the appearance of the game doesn't really compensate for the program's main weaknesses. There are a limited number of things to do (despite an apparently sophisticated parser), a limited vocabulary, and a limited number of locations.

The game is played in 'real-time' with a clock on-screen, and the main objective is to stop an arch-baddy from blowing up the city. However, despite the attractions of your super-hero opponents and the occasional thrill of arresting a mugger in the park, the Wiz couldn't get worked up about the game. The fact of the matter is that comics are popular because they have excellent pictures and a good script - Redhawk has only mediocre helpings of both.

Comics are popular because they have excellent pictures and a good script - Redhawk has only mediocre helpings of both.