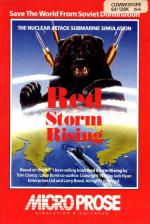 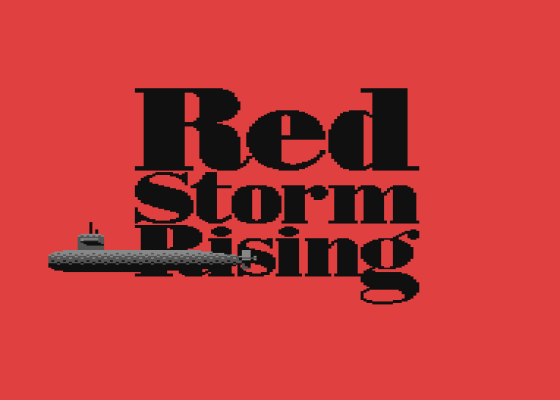 Assume for a moment that the unthinkable has happened - the Russian Politburo has decided to go for world domination. In the world's oceans nuclear submarines prowl the waters, waiting for orders to release powerful nuclear warheads. Worse still - you're the captain of an American submarine...

You can select one of six submersibles or leave it up to a higher authority to appoint one to you. You choose from four skill options and ten missions ranging from practice sorties, through real confrontations with Soviet task forces, aircraft carriers and vessels to the ultimate encounter - World War Three.

Mission orders follow, then you're on your own. Sounding General Quarters brings up readings of your heading, depth, speed, rudder and diving planes status and a tactical display. 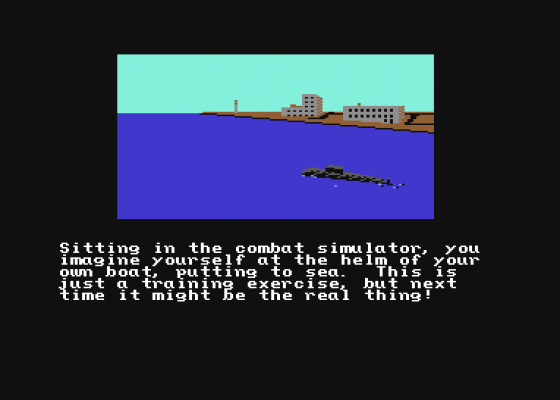 This VDU shows RADAR and SONAR plots of the surrounding seaways, as well as periscope views, all of which can zoom in and out. Keyboard controls call up statistics on sea conditions, weapons, acoustic readings which could identify nearby vessels and a computer database holding information on every military vessel you are likely to run into.

In certain large-scale scenarios you can also revert to a map of the Norwegian Sea Theatre to see what effect your actions are having on the conflict. The map shows both sides' sea, land and air forces and even the military satellites which are relaying the information.

To go into all the game's strategic subtleties would take several pages, so to gain real inside knowledge of how the program works you'll just have to read the lengthy manual yourself! 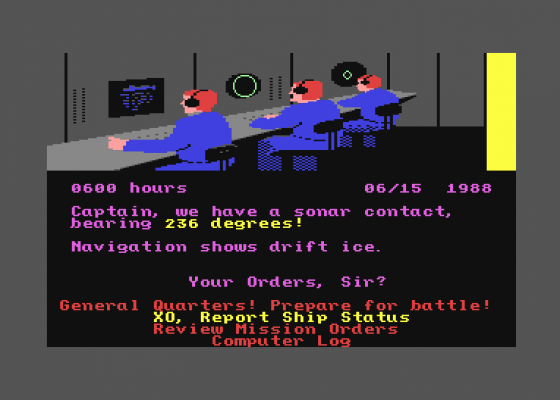 Microprose have certainly produced another whopper of a simulation, complete with a 108-page manual and an incredible selection of keys.

Phew! Even though I'm not the world's greatest fan of submarine simulations, I can appreciate the obvious work and attention that's gone into this. It takes a lot of patience to reap the rewards, though, and you'll only enjoy it if you're got a really strategic mind and a head for some nerve-wracking waiting around.

What I can't appreciate, however, is the really nationalistic tone of the narrative and the jingoistic view of the East. I can't really see how implications that the Russians deliberately kill foreign schoolchildren for favourable publicity are in the least bit relevant to the game! In the light of glassnost, that's certainly something to consider before you buy. 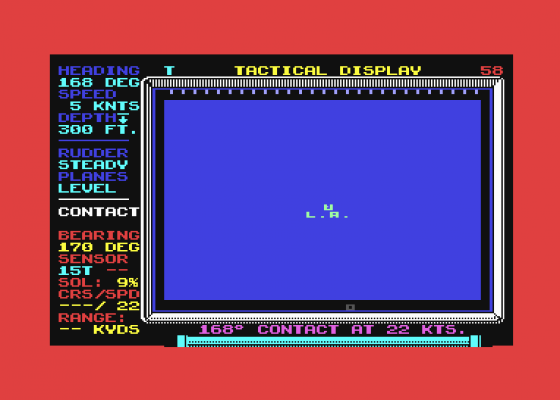 Cor blimey! There ain't 'alf a lot to this game! Red Storm Rising is really complex with an incredible number of controls and options that have to be learnt. To the casual strategist (like me) it all seems a bit over the top.

The way actions have to be carried out reminds me of role-playing board games, where you have to roll a die before doing anything, thus slowing things up a great deal.

Some of the intermissions depicting the situation of your mission are very atmospheric, but screen after screen of diagrams and numbers rather limits the sense of reality. Red Storm Rising isn't a game to be taken lightly: each mission must be carefully planned and executed, thus putting it in the realm of 'hardened strategist only' games. 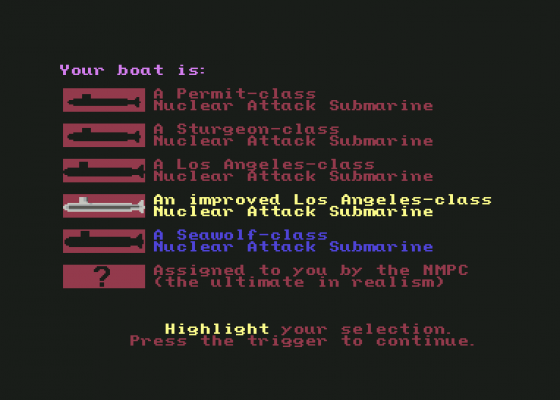 Red Storm Rising must be the ultimate vehicle for the rather extremist politics of Microprose games, but leaving the moralisms aside, I have to admit it really is a staggeringly deep game.

I wasn't surprised by the excellent packaging, or by the superb on-screen presentation which comprises the usual enormous number of options and even descriptive animated sequences which add to the atmosphere - I wasn't even surprised by the awful dirge of a soundtrack.

I did miss the graphical action which other Microprose simulations sport, though: no proper 3D graphics, just animated maps, charts and a periscope view which do their job very well but would, I feel, put off the casual simulation player. If you're more interested in fast-paced strategy action than visual thrills, this game is definitely for you. 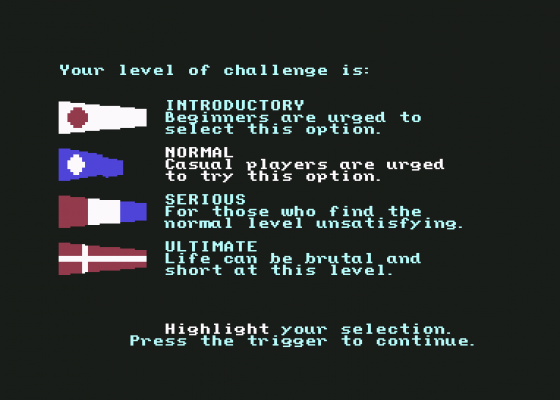 Graphics 77%
Functional in the game itself, but excellent in the intermissions.

Hookability 74%
Plethora of controls and visually uninspiring gameplay are somewhat off-putting at first.

Lastability 93%
An enormous level of depth means there's plenty to play for.

Overall 86%
A simulation of enormous magnitude, but more suited to experienced simulator buffs.

A simulation of enormous magnitude, but more suited to experienced simulator buffs. 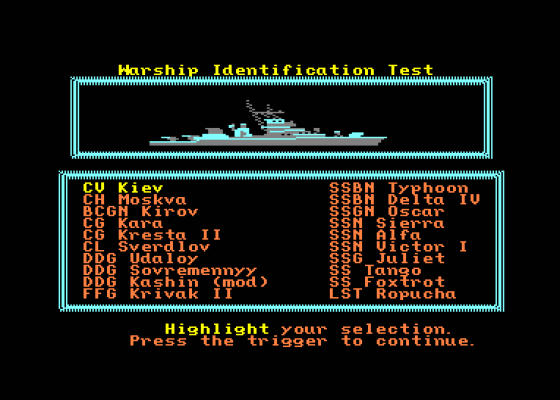 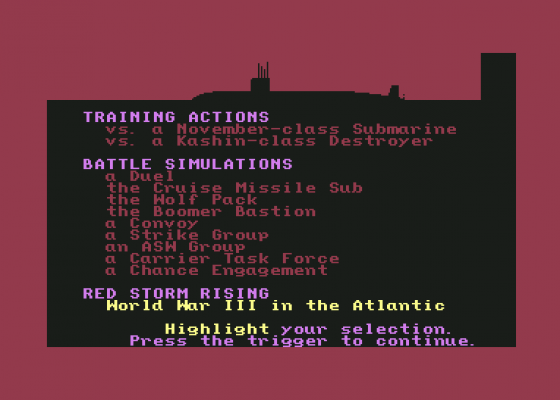 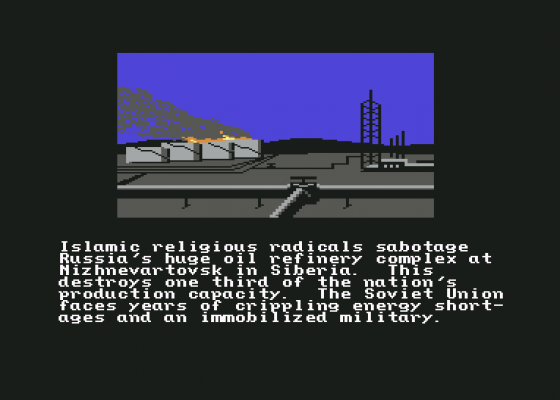 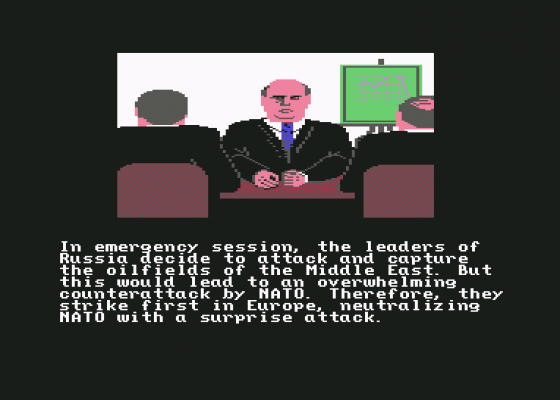