1st May 1990
Raster Runner
By Mastertronic Plus
•
Amstrad CPC464 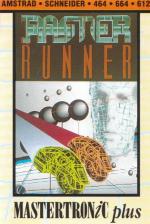 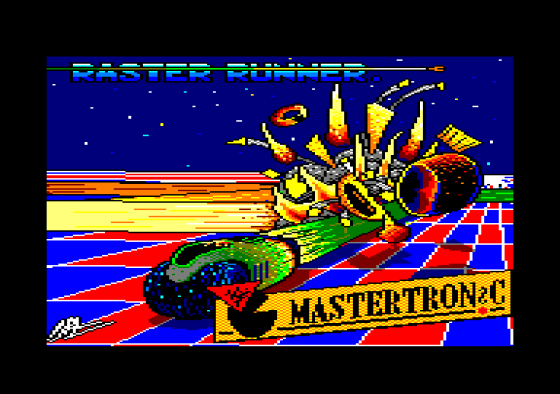 Remember Tron? That was the computer animated film where the programs were alive, and fought each other in deadly duels. Remember the Light Cycles? They were the motorbike-like machines that left behind a trail of solid light - collision with which spelt certain death. Well, that's Raster Runner. A Tron clone where you're pitted against an opponent on Plasma Bikes.

The object is simple: Don't crash! Easier said than done, though. The arena soon gets filled up, making manoeuvering more and more difficult.

The two cycles start side by side. Two scrolling windows show a small area around each cycle. At the top of the screen is a panel that displays both players' scores. Also present is a radar screen. This shows both players, represented as dots, and the lines they leave behind.

If you're trapped in a corner, you can use an energy shield. It allows you to go through previously formed barriers. However, you're limited to just three uses per round. The game lasts until one player has crashed ten times. Sounds a long time, but it comes quickly enough.

Your competitor can be either human or computer - but it's more fun against another player. The alarmingly fast scrolling doesn't put the computer off in the same way that it does a person, and so the competition is a little unfair. Nevertheless, the computer can be beaten. Once you discover a winning technique then it's possible to win most of the time.

An old concept, but fun when played against another human opponent.

Graphics 47%
P. Polished graphics.
N. But not a lot of them.

An old concept, but fun when played against another human opponent. 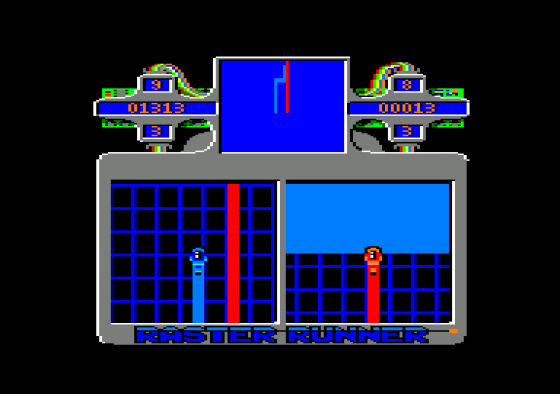