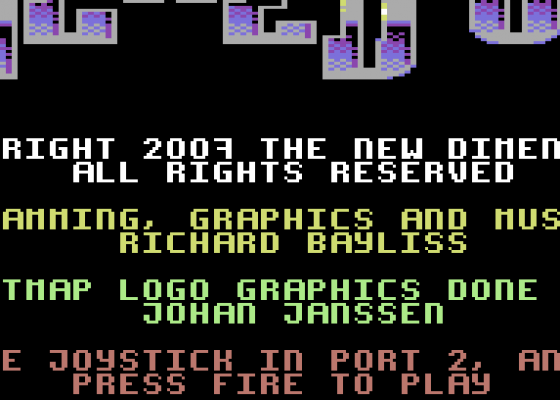 Now I'm relatively new to the C64, but in the past year that I've been following the homebrew scene I've started to see why some people are so critical of The New Dimension's productions. Whereas issue #02's Bomb Chase 2007 felt like a solid (albeit budget-standard) game, many of TND's releases are considered to be bit too basic and would probably work better if some of the concepts used were linked together and compiled as a collection of mini-games instead (which is similar to how Richard is putting together his impressive Sub Hunter project). Some would even say that TND's output focus is on quantity rather than quality C64 releases, and after playing Racked Off I'm afraid that in this case I'm inclined to agree.

Taking the role of Barry the Bear, in Racked Off the player's goal is to eat/collect all the fruit in each of the game's sixteen levels whilst avoiding attacks from the four mutated insects who manoeuvre around the border of the screen, launching themselves in your direction if you cross their line of fire. Sounds simple? It should be, but unfortunately you'll find yourself being beaten time and time again by the unfair game design and poor collision-detection rather than by the challenge itself.

Going back to Bomb Chase 2007, one of the reasons why the game scored so highly in RGCD was due to the game being refined by a process of extensive play-testing; the final Cronosoft version was the end result of several previews being released and player feedback being taken into consideration. Racked Off would have most likely benefited from a similar development process. 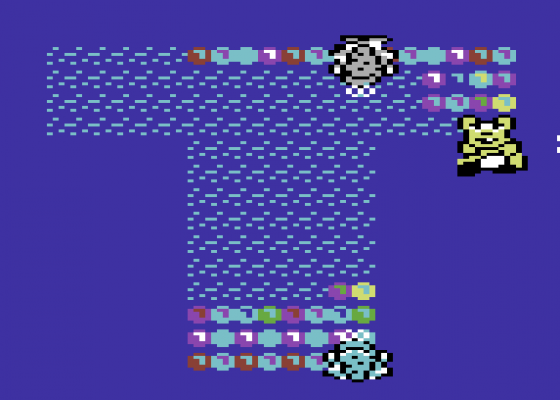 As it stands, Racked Off has left me feeling a little bit annoyed, which is a shame as the game has potential and there is some fun to be had, but it won't take long before the flaws really start to get on your tits. I don't have any problems with the game itself (although simple, the concept is quite sound), but there's no doubt that the execution could have been done with a little more finesse; my main gripe being that the collision detection in collecting the fruit seems to have little bearing (excuse the pun) to where you move Barry around the screen. For example, moving horizontally through a crop of fruit results in you chomping on three rows whereas the vertical axis only awards you with two - regardless of the fact that Barry himself actually appears to be wider than he is tall! The collision woes don't end there though, as after the first few introductory screens the levels are littered with boulders blocking your path - and thanks to the wonky sprite sizes you'll find them a lot more obstructive than they should be. However, for sheer frustration value nothing can beat the water; the number of times I died attempting to pick up the fruit on level five is frankly embarrassing and nearly resulted in me putting a fist through my monitor...

Presentation wise the game is underwhelming; the title logo is nice, but the in-game animation is limited to what appears to be only about three different frames per sprite and the graphics are generally uninspiring - not terrible, but rough around the edges nonetheless. Equally, the music is nothing spectacular; it suits the style of the game, but it's definitely not a soundtrack that I'd choose to keep.

In conclusion, the intense pace and basic game-play mean that Racked Off is a good laugh for the first couple of games, but the lack of polish and refinement detrimentally affect the lasting appeal. If this was a preview or beta release of a work in progress game then I'd be more forgiving, but as a complete game I'm sad to say that Racked Off just doesn't cut it.

If this was a preview or beta release of a work in progress game then I'd be more forgiving, but as a complete game I'm sad to say that Racked Off just doesn't cut it. 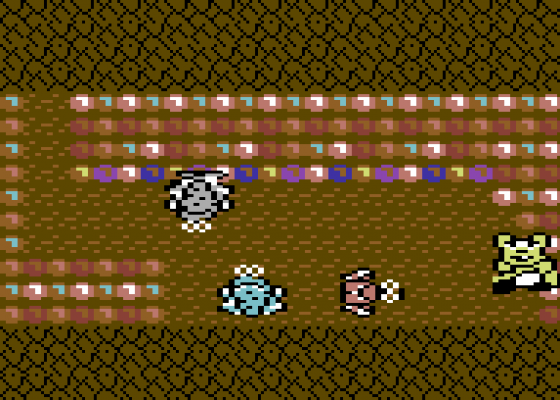 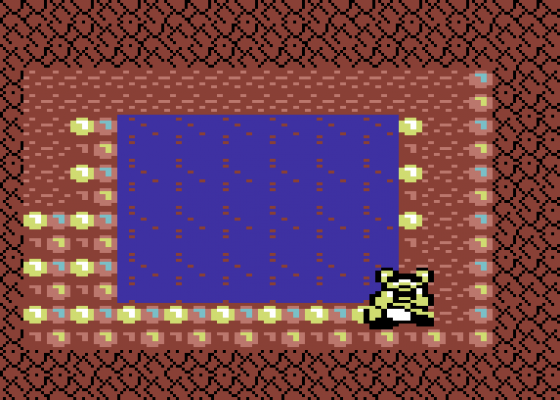