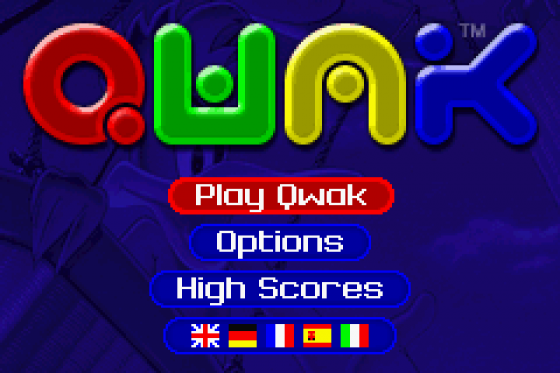 Over the years I've been the proud owner of a variety of home computers; the BBC Micro, ZX Spectrum, Atari ST and Commodore Amiga, and personally I'd have to say that out of all of them (as well as the various consoles I've played on), the Amiga was the all-out best for games. The catalogue of titles available for Commodore's final gaming platform was teeming with quality releases and machine-exclusive games, several of which were created by one of the machine's most prolific and highly esteemed developers - the legendary Team 17.

Upon hearing the news that previous Team 17 employee Jamie Woodhouse was personally porting his Amiga classic to the GBA, I was understandably one of the first in the queue to buy a copy. The original Amiga version is generally regarded as being one of the machines greatest budget-priced releases, and to this day it remains high in many online Amiga top-100 lists due to its high production values and unbeatable one and two-player game-play.

A remake of Jamie's original award-winning C64 game, the Amiga version of Qwak is visually similar to other arcade platformers (such as Bubble Bobble, Snow Bros and Rodland), but the gameplay differs in that the player's primary goal is to collect the golden keys strewn around each level before making their way to the exit - you even get extra bonus points for actually clearing a level 'peacefully' (i.e. without killing any of the enemies). This general rule of thumb only varies on the occasional bonus and guardian stages, and it works surprisingly well in practice. 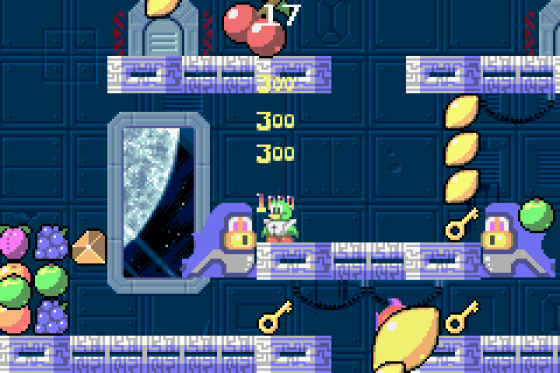 Predictably, the player character is a duck (hence the title) and the game-play essentially involves collecting stuff, avoiding traps and firing eggs at the bad guys. It all sounds incredibly simple, but due to some devious level designs and the frantic pace at which the game plays, Qwak is actually one of the finest homages to classic arcade gaming. What this roughly translates to is this; the game is both highly addictive and absolutely rock-hard. There's no doubt in my mind that if Qwak had been a coin-up released in the early 90's, Jamie Woodhouse would be a very rich man.

So how does the GBA port compare? I received my copy just in time for Christmas, and as I was aware that it was a homebrew release I was relatively unsurprised when it arrived in a basic GBA cart-case with simple printed instructions. Jamie has since stated on the Qwak website that a box design will be uploaded for people to print on card and cut out, but to date there's no sign of it (which is a shame). However, presentation aside, the game booted up immediately (following a disclaimer that the game is not licensed by or associated in anyway with Nintendo) and within moments I was happily chucking eggs about and all the nostalgic memories of my Amiga days came flooding back.

Thankfully, Jamie has listened to his small following of game-testers who reported back to him that the demo version previously released was too hard, and that the high difficulty level would be likely to deter younger gamers from persisting with his otherwise perfect port. The final version therefore comes complete with three difficulty modes - 'normal' (i.e. hard), 'easy' (giving the player extra eggs and a more generous time-limit) and 'slow' (the same as easy, but the game additionally plays at a slower rate). As an incentive for players to master the game, both the 'easy' and 'slow' game modes have their levels capped at 52 and 32 respectively - to see all the game has to offer you'll have to play it through on 'normal'.

However, it's unlikely that many people out there will actually complete the game - one of the only flaws of this otherwise excellent release is that there's no save feature, so even if you *were* capable of completing the game you'd have to set aside a great deal of time to battle your way through the many levels in one sitting. Most GBA owners use their console in small doses (during their daily commute, for example) which is why even simple games such as the GBA conversion of Bubble Bobble come complete with a save option - so to exclude this from Qwak was unfortunately an unwise decision. Also, the two-player mode of the original is sadly missing (which would have been awesome via a link-up cable), but as the game was created without the use of official Nintendo tools it's likely that this may have been due to the complexities involved.

Even taking these problems into account, Qwak still gets my full recommendation. Jamie has stated in a recent press release that he's currently working on a Windows port, so hopefully the two-player mode and a password/save system will be present in this next rendition of the game.

With only 300 carts in existence, Qwak GBA is sure to become a future collector's item and the low unit cost (£15) including free postage makes it incredibly good value. Give the demo a try first (included on disc), then visit Jamie's website to get your own copy.

(Note that Qwak GBA is fully DS compatible. Also, since writing this review Jamie has released the box art for download from the Qwak website).

It sounds incredibly simple, but due to devious level designs and the frantic pace at which the game plays, Qwak is actually one of the finest homages to classic arcade gaming. 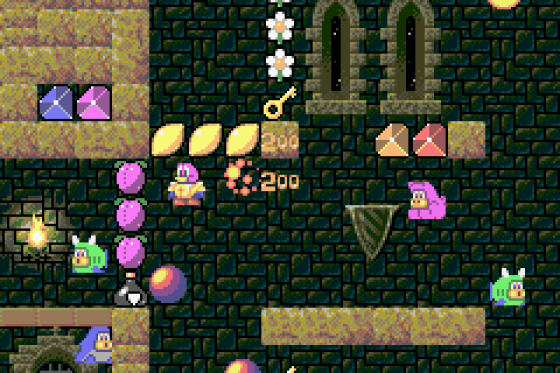 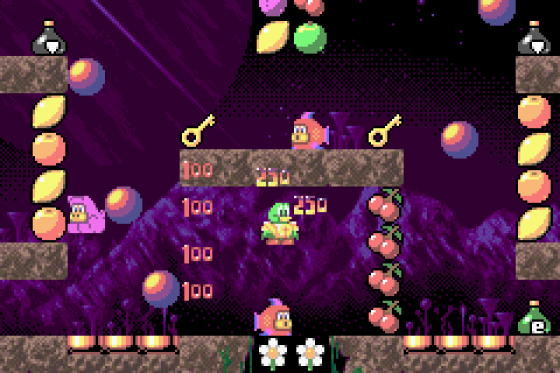