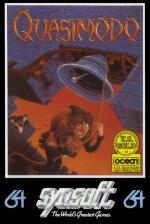 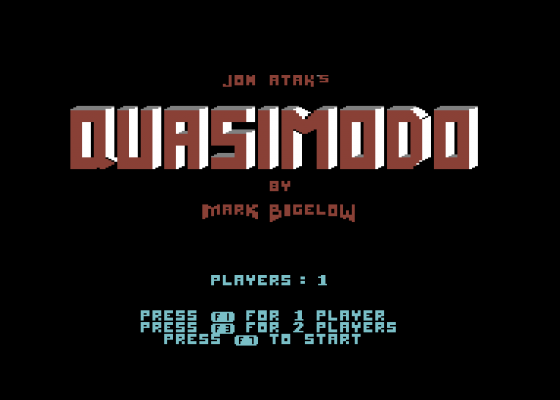 Quasimodo, that loveable hunchback with a passion for bells, is having another swinging time in the belfry. His problem this time is that the King's soldiers hold him responsible for the missing crown jewels. Although he didn't take them, he knows where they are and he can only prove his innocence by putting them back in their cases.

At first Quasimodo must fend off the soldiers scaling the walls by throwing rocks at them, all the time, taking care not to be caught in the hail of arrows.

Success at this stage allows Quasi to gain the first jewel and descend to return it to the jewel cases. 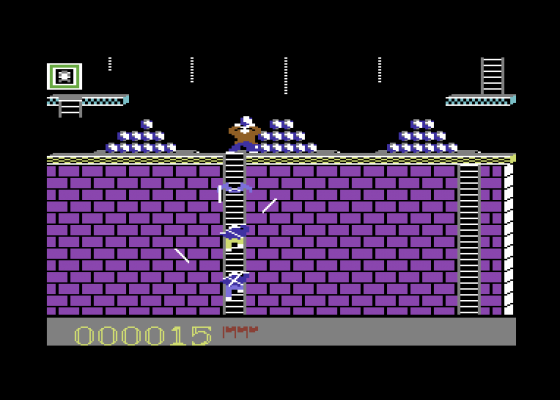 The next jewel is not so easy to reach and its recovery involves swinging from bell-rope to bell-rope on a long upward climb. All the time the bats, awakened by the bells, fly to and fro. If Quasi is hit by a bat, he will fall to his death unless he is hanging onto a bell-rope.

Each rope has to be set swinging and jumped from, at a fairly precise point on its length, if the next rope is to be grasped. The animation, which is otherwise excellent, is a little disappointing when Quasi falls, but hopefully it will not be suffered too many times.

After the recovery of the jewel, the climb down is just as tortuous and there are more of those wretched wall-scaling soldiers to overcome, will they never learn?

The third jewel lies at the topmost point of the battlements. Windows open and close as soldiers take pot shots at Quasi and near the top, still more soldiers rain down boulders on his head.

So the game continues, the next jewel is not so difficult to recover but the bats are more numerous and the soldiers effort to scale the wall become more energetic.

Another excellent addition to the US Gold label. I have a hunch that it will ring the bells on tills up and down the country.

Another excellent addition to the US Gold label. I have a hunch that it will ring the bells on tills up and down the country. 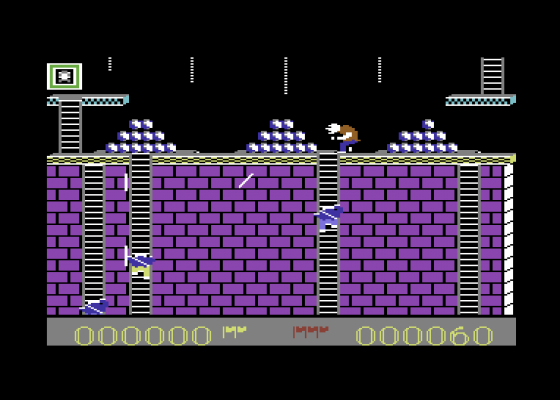 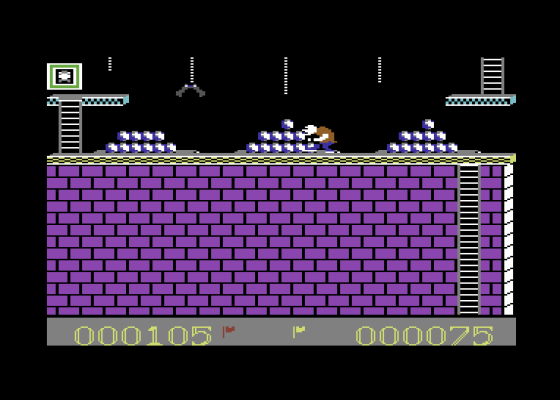 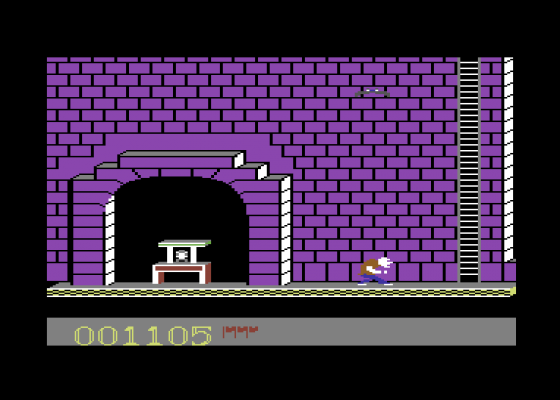 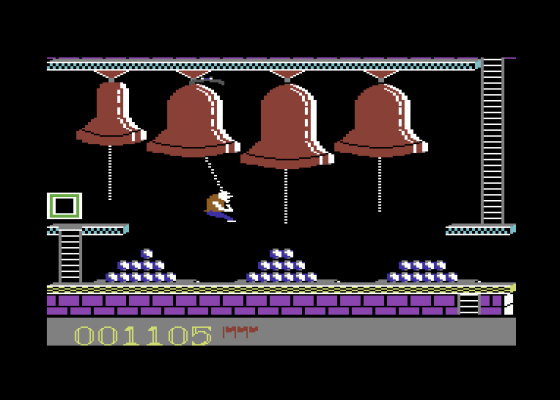 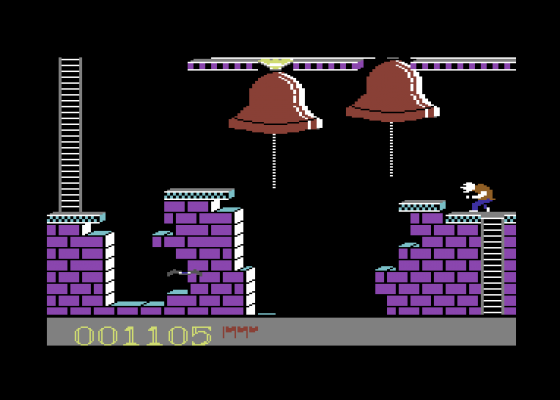 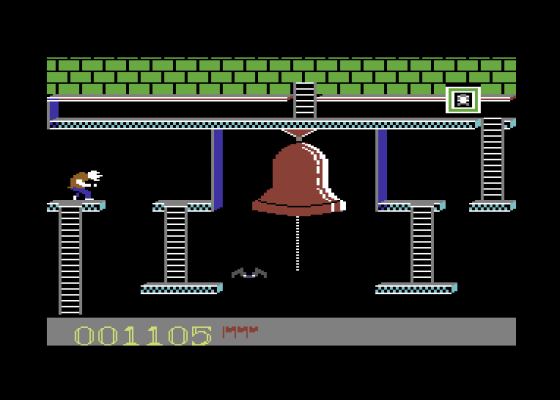 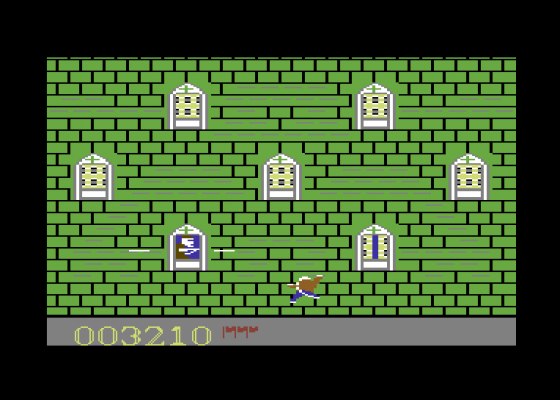 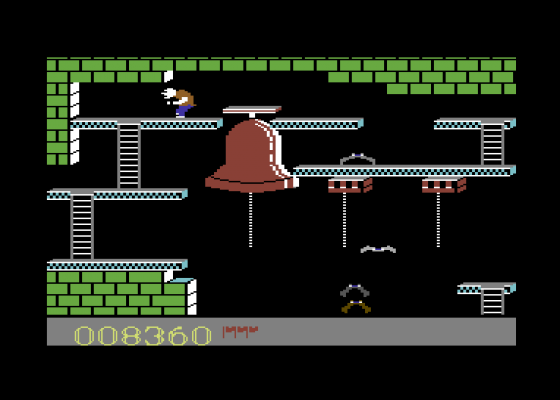